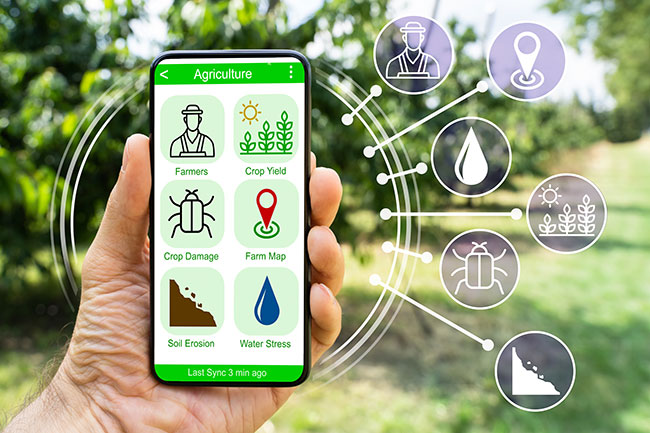 Kerry Wright, CEO of the Canadian Agri-Food Automation and Intelligence Network, points out how interesting it is that survey respondents use at least one of the technology options listed, alluding to the idea that many farms likely use more than one of the aforementioned tools. “I think there will be a layering of these aspects as [farmers] learn to utilize these different tools,” Wright says. But, adding multiple tech tools will have barriers, she adds. [Technology] has to be accessible and useable . . . easy to use and cost effective.”

Agriculture is a complex industry, so implementing new technology takes time, and the process is often met with mixed feelings. Some advancements, like GPS, have been warmly welcomed across the industry – in fact, sixty-six per cent of farmers surveyed identified GPS as the most influential advancement for their farming operation. “GPS was so attractive because it was simple. You just buy it and use it,” says Alex Melnitchouck, chief technology officer, digital ag at Olds College.

When it comes to choosing new products or services to use on the farm, there’s nothing like real-life research and experience to influence decision making. Many respondents indicated they rely on several sources for information before taking a chance on something new, including learning from early adopters, gleaning experience from friends and neighbours and seeking advice from trusted advisors. Seventy per cent of respondents answered they do their own research, and 52 per cent reported conducting a small trial of the product or service to aid in decision making.

Darcy Herauf, director, FCC Ag Expert, suspects the fear of missing out may influence a farmer’s decision to try something new, pointing to how quickly GPS rose to popularity as an example: it’s hard not to be jealous of the perfectly straight seeded lines in a neighbouring field, he notes.

The key, the panellists agree, is to streamline existing technology, making it highly scalable and easy to access and use, and to foster interoperability between systems so farms can access their information all in one place.

Watch more insights about the current state of technology in agriculture