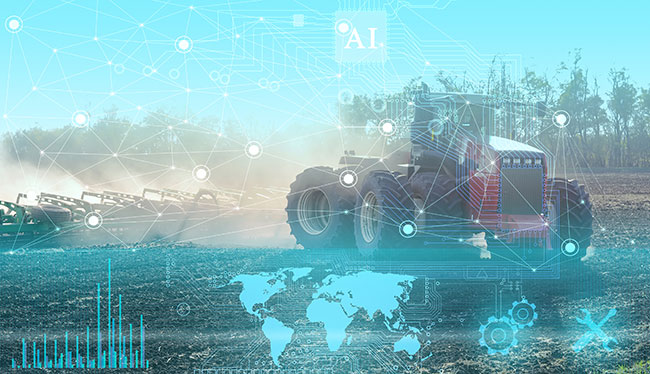 Some have said that agriculture does not have an innovation problem – it has an implementation problem.

While survey results indicated respondents are aware of the benefits that technology can provide for their farm, there are various barriers preventing them from implementing new technology. Respondents were asked what those barriers were and given the option to select multiple responses. The biggest factors revolved around costs – 53 per cent of respondents reported an inability to determine ROI for implementing new technology, and 53 per cent also reported entry/start-up costs as a barrier. Both of those factors had relatively similar levels across age groups and roles within the farm, however only 30 per cent of farmers who were not involved in purchases reported entry of costs as a concern.

Darcy Herauf, director, FCC Ag Expert, says when it comes to costs and ROI, things aren’t always as straightforward as simply looking at the total on a balance sheet. “It’s hard [with] technology to articulate what the ROI is. ROI isn’t always dollars and cents. Sometimes it can be more family time, less stress, more efficient operation. It can be a lot of things.”

That complexity, Herauf says, can eat into ROI as well. “You can’t go in and fix one problem with technology for a farmer and create three new [problems],” he says, adding “You shouldn’t have to sell a consultant with your technology in order for the farm to use it.” 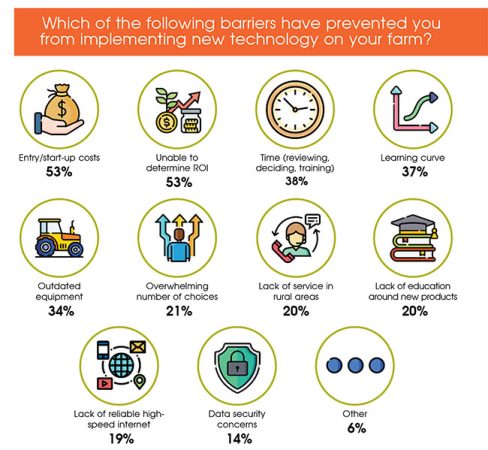 The technical aspects of the equipment was also a concern for some; 34 per cent of respondents said they found outdated equipment to be a barrier, and 22 per cent said compatibility between hardware and software systems was a barrier. Additionally, this stat over-indexed in younger respondents; those under 45 were more likely to report this as a concern, with 30 per cent identifying this as a barrier.

Alex Melnitchouck, chief technology officer, digital ag at Olds College, says there are some areas of the country he calls “precision ag hell” because of a number of infrastructure-related issues, including lack of connectivity. Not only is this holding purchasers back, but Melnitchouck also says this is holding back the industry altogether.

Eight per cent of respondents chose “other” as an option as well.

Watch: Barriers to the adoption of technology in agriculture