Features Canola
Monitoring the influence of management and environment on canola 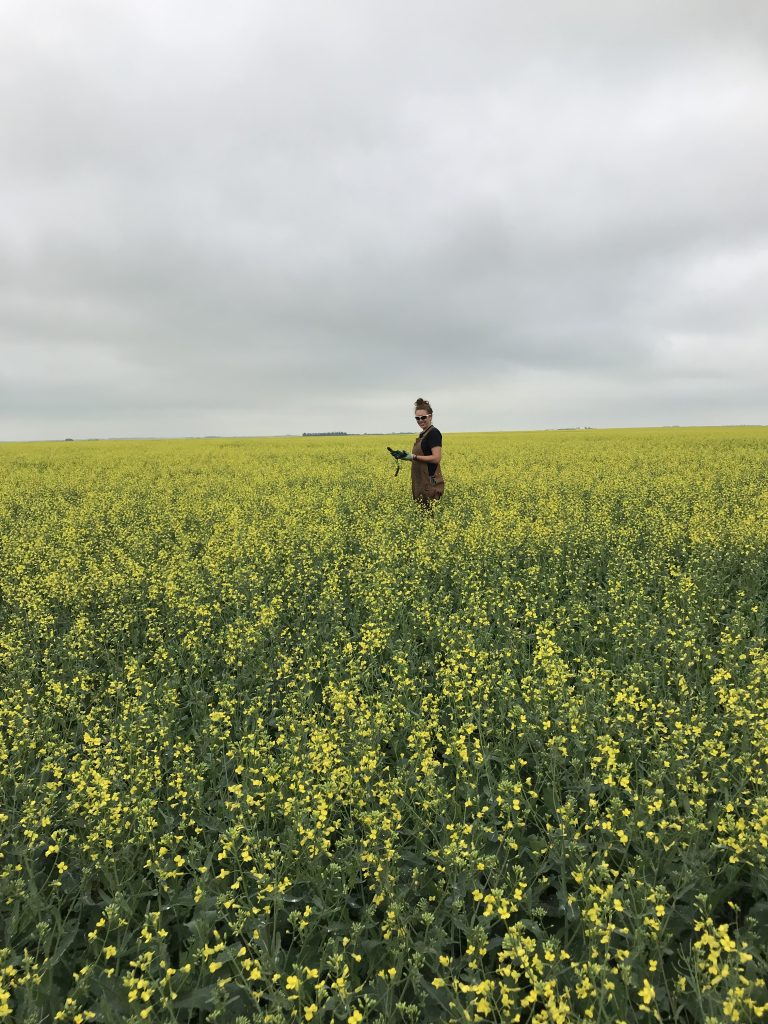 Improving canola production and increasing yield potential are a priority for industry. However, there are a large number of factors that can affect production outcomes. Researchers and industry are trying to get a better understanding of the interactive effects of management and environment on canola emergence and stand establishment – factors that help drive yields and improved production. 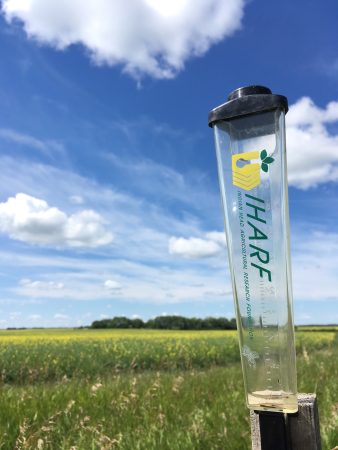 “In a recent pilot project, we implemented an observational research approach – something that is not common to agronomic field research but is often used in ecology research – to study relationships with the environment where experimental manipulation is difficult,” explains Christiane Catellier, research associate with the Indian Head Agricultural Research Foundation (IHARF) in Saskatchewan. “This on-farm approach allows us to observe and measure what is naturally occurring in farmers’ fields in regards to how management practices and environmental conditions interact to affect crop production.

“In more traditional small plot or field-scale plot trials, there are limitations to the number of variables that can be manipulated and to the interpretation of environmental effects. With this study, rather than controlling various factors, we are just measuring variables that have been shown to be influential and then analyzing them simultaneously to evaluate the interactions and impacts on canola emergence and seedling establishment.”

In this three-year project, initiated in 2018, Catellier collaborated with local producers in the Indian Head area to collect environmental and agronomic data from multiple sample sites in several fields. A wide range of measurements were collected throughout the growing season related to soils, canola emergence and growth, diseases and stubble density, along with weekly monitoring of soil moisture and temperature, precipitation and canola growth stage. Collaborating producers provided canola field management data from their usual farming operations related to seeding practices, fertility, other crop inputs, harvesting and previous cropping history.

“The results of our pilot project were very interesting and showed that many of the management and environment variables had a significant effect on the emergence response,” Catellier says. “The effect of individual variables on canola seedling emergence and growth rate were overall as expected and consistent with previous research, confirming that we were measuring the effects appropriately in consideration of the observational study design.

“What was most interesting is when we put the two together to see if there was an interaction between management and environment, we definitely found both interactive and additive effects. Nearly all the environmental variables measured consistently influenced the emergence response and had additive and sometimes interactive effects with the management variables.”

Unexpected, but surprisingly influential, was the effect of canola cultivar on emergence rate, growth stage and uniformity.

“It is important to note that this was a pilot study conducted in a single location over only three growing seasons, so we may have been limited in the range of soil moisture conditions that were represented. Extension of the study will be important for confirming what we observed.”

“Although soil temperature has very significant effects, it is not a variable that we can control,” she says. “However,  producers can keep this factor in mind as they develop cropping management strategies under different conditions, such as a cool or drier spring.”

The study also showed that better seedling establishment was associated with a greater frequency of cereals and pulses, and a reduced frequency of canola in rotation. This may be related to the prevalence of soil-borne diseases or other soil quality factors affecting canola seedlings. Although later seeding dates were associated with a more rapid emergence, the final emergence was similar among seeding dates. Other factors, such as higher fertility, in particular P fertilizer rate and topsoil nitrate, and better soil quality overall, were associated with better emergence.

“Generally, more so than the effect of seeding date, environmental conditions leading up to and around the seeding date seemed to be more influential on emergence and growth rate,” Catellier explains. “Out of a set of 87 competing models for emergence rate in our study, the top ranked model was weighted significantly higher than the other models. This top model indicated an 80 per cent probability that variety and average soil temperature 14 days after seeding were the most influential management and environmental variables on canola emergence rate, relative to the other variables being compared.

“The top-ranked model also included a significant interaction between variety and soil temperature, indicating that different varieties were differentially affected by soil temperature. More generally, the model shows that interactions between management and environmental variables are occurring and measurable using this study design.”

Based on the success of the pilot project, Catellier hopes to expand the study in the future to include more sites and locations to see if these results hold true under a wider range of conditions and environments.

“Our pilot shows the potential for using on-farm observational studies in agronomic research to evaluate the interactions and impacts of management and environment on crop production,” she says. “We would like to take the next steps to extend the study to provide additional replication at several locations, which will help us to better understand the interactions and impacts of various factors in different agricultural production regions.”