Higher rates of P fertilizer should be side-banded to minimize seed damage and maximize yields. 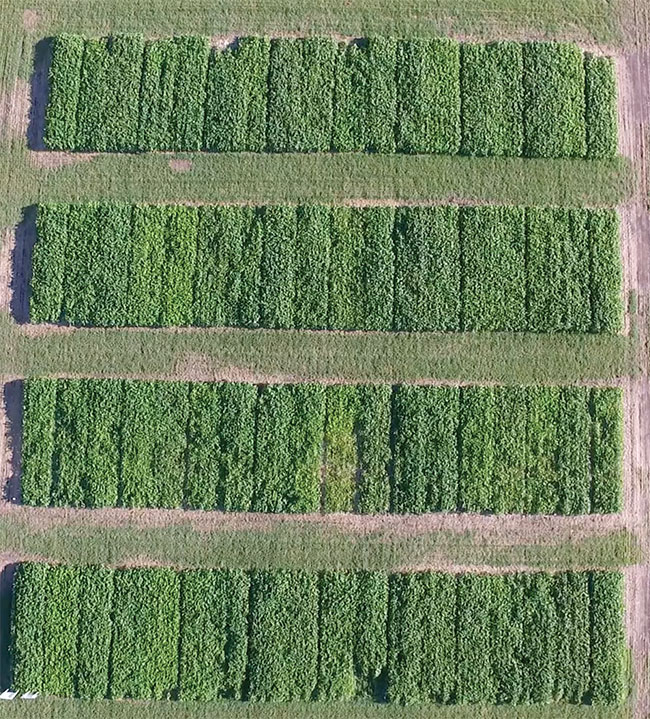 Phosphorus (P) fertilizer management is important for all crops including canola, to ensure high productivity in the crop year and to maintain productivity of soils over the long-term. However, in Saskatchewan, most soils are deficient in available phosphate (P2O5) as removal rates are often higher than replacement rates. Strategies that allow growers to economically apply as much or more P than is removed, are crucial for sustainable crop production throughout Saskatchewan.

How to apply high P rates for high yielding canola

A three-year project was initiated in 2016 in Saskatchewan to help determine how to best apply high P rates for high yielding canola production, and to provide the basis for updating the fertilizer P rate and placement recommendations for canola production. The project was carried out at three locations across the province, including Scott, Indian Head and Melfort. The objective of the study was to evaluate the impact of rate and placement of fertilizer phosphate, either alone or in combination with fertilizer sulphur (S), on canola P-uptake and yield across a range of soil and climatic conditions in Saskatchewan.

In the study, five fertilizer P2O5 rates were compared including 0, 20, 40, 60, and 80 kg/ha using monoammonium phosphate (11-52-0 [MAP]) and various placement methods, including side-band, seed-placed, and seed-placed with fertilizer S as ammonium sulphate (21-0-0-24; 15AS), for a total of 15 individual treatments at each location. All plots were established on cereal stubble and seeded with L140P (Liberty Link tolerant) canola and under typical agronomic management practices.

“Our study results showed that responses to high rates of side-banded P were always equal to or greater than seed-placed,” Pratchler says.

“Our study results showed that responses to high rates of side-banded P were always equal to or greater than seed-placed,” Pratchler says. “As well, no rate of seed-placed P was found to be safe, as damage occurred at very low rates. It was also very difficult to predict the degree of damage from seed-placed P fertilizer due to soil characteristics and spring moisture, which can change across the landscape. Overall, side-banding P is the best method for applying higher rates and has less potential for seedling damage. Side-banding is a great option for trying to increase P levels above the minimum of 15 ppm standard rate for soil available P. However, we recognize that logistics will always trump agronomy, so side-banding may not always be an option.”

Overall, side-banding P is the best method for applying higher rates and has less potential for seedling damage. 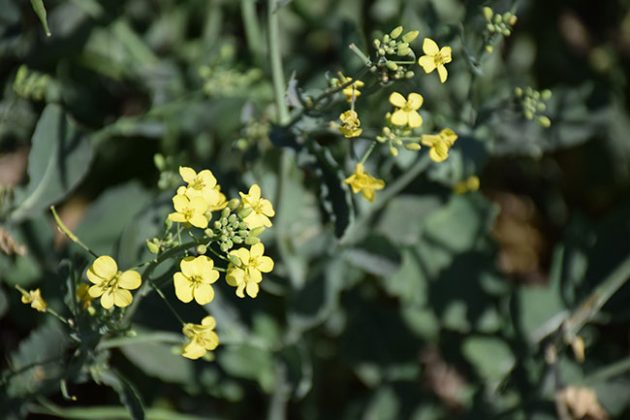 A Saskatchewan study shows side-banding is the best way to apply phosphorus at higher rates with lower potential for seedling damage. Photo by Top Crop Manager.

Yields were also affected by P rates, with canola yields generally increasing as P fertilizer rates increased. Optimal yields were reached between 70 and 80 kg/ha of fertilizer P. However, plant populations declined significantly as P rates increased with both seed-placed and SP + 15AS treatments, but not with the side-band placement. The results showed that applying even a small amount of ammonium sulphate to the seed-row is detrimental to crop establishment and can have a negative additive effect to seed-placed P. Overall, there was a high degree of risk associated with seed-placed fertilizer when soil and climatic conditions are conducive to high levels of fertilizer damage. Therefore, if high rates of phosphorus are required, fertilizer P should be side-banded to minimize seed damage and maximize yields, as it was the most consistent and beneficial application method.

However, plant populations declined significantly as P rates increased with both seed-placed and SP + 15AS treatments, but not with the side-band placement.

“Although the study only looked at the canola phase in rotation, it is important to consider P management and the implications to the whole cropping system and how to manage across all crops in the rotation,” Pratchler says. “Finding ways to replenish and build P reserves to offset removal rates will continue to be more important as growers try to optimize yields across all crops. Crops such as wheat don’t remove as much P as crops like canola or pulses, so there may be an opportunity to build P level reserves in the wheat year of rotation, and have higher levels available for the subsequent canola crop. Or side-banding higher rates of P in the canola crop may be enough for the subsequent pulse crop, and then to replace higher P levels in the following wheat crop.”

“Although the study only looked at the canola phase in rotation, it is important to consider P management and the implications to the whole cropping system and how to manage across all crops in the rotation,” Pratchler says.

Pratchler adds, this study provides a good base to realize that we can push P rates as a management tool for increasing yields and soil P levels, however, there are several different logistical factors that need to be considered as well. “Although we didn’t include mid-row banding treatments in this study, there may also be an opportunity to seed-place safe rates of P and apply the rest in a mid-row band as another alternative. Overall P levels are fairly low in Saskatchewan soils, so to take full advantage of the yield potential of new canola varieties and other higher yielding crops that utilize more P, higher rates will need to be planned for.

Overall, the study demonstrates that optimal phosphorus management practices have changed for growing canola in Saskatchewan, and the current phosphorus fertilizer recommendations should be reconsidered for the high yielding cultivars currently used.”