Researchers in Saskatchewan are using an integrated, on-farm approach to better understand how the interaction of environmental and management practices contributes to disease development. 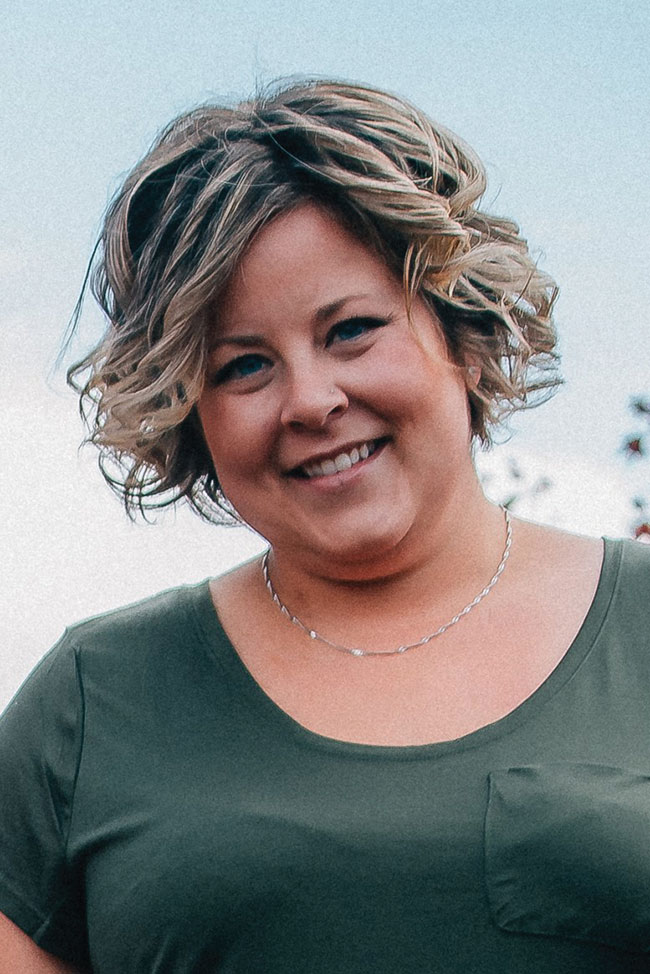 For years, researchers on the Prairies have working to find the best methods for controlling Fusarium head blight (FHB), one of the most destructive diseases in wheat. A new FHB study taking place in Saskatchewan is breaking the mould in terms of how this kind of research is typically done.

Christiane Catellier, a research associate for the Indian Head Agricultural Research Foundation (IHARF), is leading the study, which is being performed on a farm level and is taking a more ecological approach.

“The idea behind the project is to look at the occurrence of Fusarium from a multivariate perspective. So, rather than looking at two or three specific variables in isolation, like we traditionally do in agronomic research, we’re looking at a large number of variables affecting the disease development,” Catellier says.

“I have more of an ecology background. Ecology research is often conducted as this multivariate approach which looks at interacting variables in time and space, and that’s the direction I was going with this. It’s like an applied way to look at an ecological question.”

Essentially, Catellier and her team are evaluating how the interaction of the environment and management practices affects FHB development in wheat crops. The goal is developing more precise recommendations for FHB prevention and disease management in wheat that take these two sets of variables into account.

Catellier says the management factors being examined in the study include seed quality, seeding rate, row width, and timing of herbicide applications. She adds that her team is also measuring crop development metrics such as plant growth and density through regular observation during the growing season. 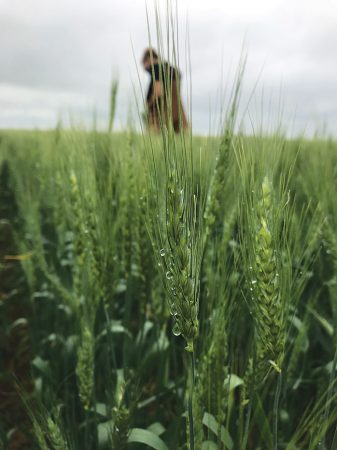 Catellier maintains that, at a minimum, the study design should enable the researchers to determine whether the variability in Fusarium occurrence in time and space is mainly a result of environmental or management factors. It’s also hoped that the research will help identify specific variables, like humidity levels or at what stage a crop is sprayed, that may be the most influential in this respect.

The data collection for the study is taking place on 10 grain farms in Saskatchewan: four near Indian Head and three in each of the Melfort and Scott areas. The information is gathered from wheat fields on each farm on a weekly basis by researchers from IHARF as well as the Northeast Agriculture Research Foundation and Western Applied Research Corporation, which are assisting with the project.

“We are collecting data directly from farmers’ fields but, because it doesn’t involve a trial, farmers just manage their field as usual,” Catellier says.

“The producers have been really co-operative because it’s less of an inconvenience for them to participate [and] they see the value of this study,” she adds. “It’s going really well.”

Catellier decided to try an on-farm approach, rather than utilizing research plots or field-level strip trials, because it’s a better format for the kind of information her team is looking for.

“There’s just lots of factors that affect the disease, and it’s hard to look at these factors with small plot research,” she says. “The main thing with an on-farm study is that it encompasses a lot of that variability that we see on a field-scale, that you wouldn’t see at a small plot level.”

Catellier’s research is unusual in another way, too.

“Field-scale [research] usually involves experimental manipulation with trials in a farmer’s field. This is more of an observational study,” Catellier says. “The observational study aspect allows us to look at lots of different variables together, rather than just two or three like we normally would.”

Catellier stresses that even with this kind of observational study, “it can be just as rigorous as a trial involving experimental manipulation, as long as it is well designed and you have enough replication.”

The project, which is being funded by the Saskatchewan Wheat Development Commission, started in 2018 and wraps up this year.

“Because we need so much replication, we’re collecting the data on the three locations over three years,” Catellier says, adding it’s too early to discuss any findings.

“Once the three years of data collection are done, then we should have that level of replication that we’re looking for,” she says. “We haven’t looked at the data too closely at this time, because without enough replication it could be misleading.”

Catellier plans to release the study results in 2021.