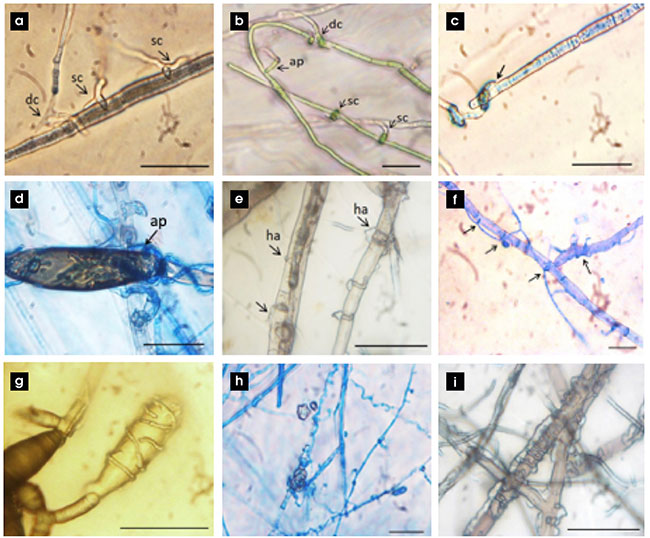 Under the right conditions, Fusarium head blight (FHB) can be a serious problem in cereal crops, reducing germination, seedling vigour and grain yield, and causing quality downgrading and accumulation of mycotoxins. The pathogens can produce deoxynivalenol (DON) and other mycotoxins in grains, reducing feed consumption and weight gain by livestock, degrading baking quality of flour, and causing food safety concerns.

“FHB is part of a disease complex and there are several different Fusarium spp. that can cause FHB, as well as root and crown rot in cereal and non-cereal crops,” explains Myriam Fernandez, research scientist with Agriculture and Agri-Food Canada (AAFC) and Organic Research Program lead at the Swift Current Research and Development Centre in Saskatchewan.

“This disease complex varies with different types of crops, and the composition of fungal species also differs under organic cropping systems. Although generally it was thought that FHB would be present at higher levels under organic production because fungicides are not used, various research projects in Europe concluded that in most cases it was the other way around. FHB levels in organic crops were lower than conventional in different cereal crops.”

Fernandez continues, “We launched a project in 2017 to look at the association between FHB levels and pathogens involved under different agronomic practices, including the potential of FHB development after a legume green manure, which is a common organic cropping practice.” AAFC collaborators in the FHB study are Allen Xue and Barbara Blackwell from the Ottawa Research and Development Centre.

To better understand the Fusarium disease complex, Fernandez outlines the various Fusarium pathogens that are most commonly found in Western Canada. The species that can cause FHB differ in their host ranges, mycotoxin profiles and climatic preferences, among other factors. The main FHB pathogen in the most affected regions, Fusarium graminearum, can produce DON, the most widespread mycotoxin associated with FHB in cereals. F. culmorum can also produce DON in cereals, particularly in oat.

Another common FHB pathogen, F. avenaceum, generally causes less visual damage on heads and kernels than F. graminearum and does not produce DON, but does produce other harmful mycotoxins. F. avenaceum has a wide host range and is the most common species in roots and crowns of cereals and their residues, as well as the highest levels in non-cereal roots and crop residues, particularly pulses. In pulses, root rot is most commonly associated with F. acuminatum, F. avenaceum, F. oxysporum, and F. solani. Inoculum from roots and crowns infected with Fusarium species can cause FHB to develop in those crops or subsequent crops in rotation under the right environmental conditions.

“Leading up to our project, the growing conditions prior to and in 2016 were quite wet and FHB levels were quite high in many areas,” Fernandez says. “Although FHB levels were lower in organic crops, the 2016 Saskatchewan Crop Insurance data indicated that some organic fields did have high levels of FHB in various cereal crops, including Kamut, durum wheat, Canada Prairie Spring wheat, hard red spring wheat, barley, as well as in oat.

“As well, disease surveys and other research in 2016 also found high levels of root rot in pea and lentil crops, caused mainly by Fusarium spp. Although the conditions in 2017 were drier, the levels of Fusarium root rot in pea and lentil crops were higher than expected, and might have resulted from good subsoil moisture reserves, and ample amounts of pathogen inoculum derived from the 2016 infections.”

Fernandez adds, “The high levels of inoculum were very concerning, as organic producers tend to rely on legume green manures in rotation for nitrogen, which may not be sustainable over the long run due to the increasing Fusarium disease complex.”

Although growing conditions were overall quite dry when the project was initiated in 2017, and also in 2018 and 2019, and levels of FHB have been low, the inoculum is still present and under the right conditions could increase disease risk.

“We continue to work on collecting grain samples of wheat and Kamut from areas in 2019 that received higher levels of precipitation and continue to welcome samples from organic growers,” Fernandez notes. “In return, fungal and mycotoxin analyses will be provided to those growers free of charge.”

Please contact Fernandez if you could provide grain samples for this project. This study is being funded by PHS Organics, SaskWheat, Alberta Wheat and AAFC through the Organic Science Cluster III.

“Our preliminary results, along with some other previous projects or projects underway, have helped to provide some information for organic growers to consider for managing FHB,” Fernandez explains. “Our studies on Fusarium populations in roots and crowns in non-organic compared to organic cereals showed similar results to the European studies.

“Some of the agronomic factors that help reduce Fusarium infections in cereals in most non-organic systems, such as less no-till, no synthetic inputs, lower N availability and fewer cereal-intense rotations, characterize organic cereal production and may be why FHB disease levels tend to be lower in organic cereals.”

Results from various projects show that crop rotations and crop diversity, including intercropping and cover cropping strategies, are better for disease control for Fusarium and other diseases. To control FHB caused by F. graminearum in non-organic systems, avoid growing wheat after another cereal, including barley and oat, or especially corn. A rotation with non-cereal crops for at least two years allows for decomposition of infected residues, likely reducing the inoculum of F. graminearum.

However, a rotation with non-cereals, especially pulse crops, would not work for reducing levels of F. avenaceum. Although infections of F. avenaceum and F. culmorum in roots and crowns of wheat were reduced in organic systems, even when wheat followed a pulse, the prevalence of F. equiseti, a common saprophyte/weak pathogen, and of the “common root rot” pathogen (Cochliobolus sativus) increased in roots/crowns of wheat.

Cultivar selection is also very important, and under organic conditions growers should avoid growing cultivars with high susceptibility to common root rot due to the expected presence of disease in most fields and environments. A previous three-year study under organic production showed that C. sativus was less common in Kamut than in durum and spelt wheat, and it was more frequently isolated from durum than common wheat.

However, there were few differences in Fusarium spp. among wheat species, with at least 12 different Fusarium spp. detected on average, with the most common being F. equiseti, F. avenaceum, F. acuminatum and F. oxysporum. For FHB, there are several varieties of hard red spring wheat with moderately resistant ratings, however durum and Kamut are susceptible with little resistance available so far.

“We have some other projects underway comparing strategies that may help manage Fusarium and other diseases in organic crops, including options for replacing single legume green manures,” Fernandez says. “One of the projects is comparing mixes with several crop species, such as Brassicas, grasses and legumes, with monocrops.

“The mixtures are showing some positive results in controlling disease. Brassicas in particular are well known for producing allelopathic compounds that can inhibit plant pathogens, such as Fusarium spp. and Aphanomyces spp., as well as providing weed control and other benefits. Similar to the cover cropping trials, intercrops including lentil and pea grown with other crops like a Brassica or oat, also appear to have lower levels of root rot than monocrops,” Fernandez continues.

“We are also looking at the use of legume living mulches, such as growing crimson and other clovers with oat or wheat, as another strategy to increase crop production and control diseases.”

One of the more interesting observations has been with oat in the various organic trials that Fernandez is continuing to study in ongoing and new projects.

“As we were pulling together the data from the intercropping and cover cropping trials under organic production, we started to see that growing oat (AAC Oravena) may be as good for the soil and the growth of the subsequent cash crop as a legume green manure or a pulse crop,” Fernandez adds.

“However, it isn’t entirely clear why we are seeing these results, so new projects have been launched with funding from the Western Grains Research Foundation (WGRF) and the Prairie Oat Growers Association to better understand alternative practices, such as intercropping and living mulch, in addition to cover cropping. This is the focus of an ongoing study being funded by WGRF and AAFC through the Organic Science Cluster III that may help decrease Fusarium and Aphanomyces root rot diseases and provide more sustainable organic crop production alternatives.”

Fernandez adds, further insights in this regard will be obtained as they finish the analysis of more data while wrapping up an intercropping project funded by WGRF, SaskWheat and SaskPulse that is coming to an end this year. AAFC collaborators in the cover crop and intercropping studies are Prabhath Lokuruge, Mike Schellenberg and Lobna Abdellatif from the Swift Current Research and Development Centre, and Julia Leeson from the Saskatoon Research and Development Centre. 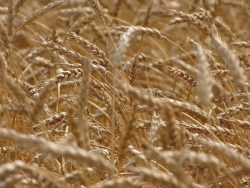 Biocontrol for Fusarium pathogens
Another component of a larger study investigating Fusarium head blight (FHB) and root rot in organic cereal crops is a series of trials evaluating potential biocontrol agents to suppress Fusarium spp. The main objective of the project is to determine the potential of biocontrol agents to combat root rot and kernel pathogens, and maximize crop productivity and quality in organic cereal rotation systems.

“Thus far we have identified three biocontrol agents that have very good pathogen suppression ability in the lab, and are now in the process of testing others,” says Myriam Fernandez, research scientist with Agriculture and Agri-Food Canada (AAFC) and Organic Research Program lead at the Swift Current Research and Development Centre in Saskatchewan. “So far, the potential biocontrol agents were tested in vitro against several target fungi, including F. acuminatum, F. avenaceum, F. equiseti, F. graminearum and Cochliobolus sativus.

Fernandez notes that one of the biocontrol agents isolated is actually a different species of the same genus discovered and registered by her colleague and AAFC research scientist Allen Xue in Ottawa. He discovered a mycoparasite fungus isolated from field pea leaves in Manitoba, Clonostachys rosea strain ACM 941, which provides protection against a number of plant pathogens including F. graminearum. AAFC completed a licensing agreement in 2014 and commercialization efforts of this biocontrol product for FHB are moving forward with industry.

In another in vitro assay, the results showed that metabolites of the biocontrol agents were capable of inhibiting the growth of some of the target fungi. Researchers observed that one of the greatest adverse effects of one of the biocontrol agents was against C. sativus, which inhibited growth of this pathogen by 62.3 per cent compared to the control.

Fernandez adds that they also tested the biocontrol agents already identified and tested in vitro in growth chamber trials, confirming their suppression ability against Fusarium spp. “These trials involved inoculation of roots/crowns of wheat plants and of crop residues with the biocontrol agents and the main pathogens responsible for FHB and root/crown rot in Western Canada.

“Two of the most promising biocontrol agents have been selected and will be tested under field conditions in 2020. Hopefully we will be able to confirm their suppression activity in the field. If successful, this would then allow us to move forward on steps to commercialization of a biocontrol for Fusarium pathogens for organic and conventional growers in the future.”

This biocontrol study is being funded by PHS Organics, SaskWheat, Alberta Wheat Commission and AAFC through the Organic Science Cluster III. AAFC collaborators in this project are Lobna Abdellatif and Prabhath Lokuruge from the Swift Current Research and Development Centre.