Statistics is simply the science of learning from data. For farmers, it is useful to have a basic knowledge of statistics to understand and assess agricultural research results for products or practices that could be used on their farms.

University, government and industry researchers present and discuss their research findings in the print media and at extension meetings. Various practices and products are discussed and promoted, often quoting some type of statistics to prove worthiness.

For any agronomic research study, there are various questions that you should ask:

We must accept that often we cannot obtain the precise information we would like. For example, if we wanted to know the yield benefit of nitrogen fertilizer applied to wheat in the Dark Brown soil zone of the Prairies, it would not be possible to collect data from every farm. Therefore, researchers must make estimates of benefit by conducting research trials on selected farms to represent the entire population of farms in the soil region.

Field research trials provide an estimation of true or real values – this is referred to as statistics. When a series of trials is conducted, intended to be representative of all farms, there will be variation among research sites. The challenge for researchers is how to obtain a representative selection of research sites that are representative of an entire population of farms. It is critically important to place research experiments on sites with uniform soil and topography to minimize variation.

Treatments – controlled application of a product or practice in an experimental trial such as: seeding rates, fertilizer rates or types, insecticide or fungicide application timing or rates, crop varieties, etc. The treatments are tested to determine impact on crop growth, yield and/or quality. A well-designed experiment will usually have multiple treatments. All treatments in an experiment are grouped into a replicate.

Randomization – in a field experiment, each treatment is randomly assigned within an experimental group or replicate. Randomization of treatments within a replicate is done to prevent potential bias.

Treatment mean – is the average of each treatment observation from each replicate.

Experimental error – this is the natural variation in observations from treatments due to environmental conditions that are beyond the control of the researcher, for example variation within the experimental site such as soil nutrient levels, soil productivity, disease level, insect pressure, etc.

Researchers will often refer to “statistical significance.” When a field experiment is properly conducted, the experimental error is calculated to determine whether or not treatments differ “significantly” from one another.

A simple interpretation of P values is:

Standard error or SE can be calculated to give an indication of the reliability of the treatment means. A small SE value is an indication the sample mean from an experiment is a more accurate reflection of the actual population mean. As sample size is increased, the SE value is usually smaller.

Summary
Remember that field research experiments must be properly designed and require multiple treatments, replication and randomization. Properly conducted experiments allow researchers to use statistics to evaluate treatment differences to determine if the differences are due to the applied treatments. Statistics allow meaningful comparisons to help farmers decide what new production practices may or may not beneficial. With a general understanding of statistics, farmers can review and question the validity of research information on new products and practices.

Finally, after reviewing a research report, call or email the researcher with your questions. Most researchers are more than happy to chat with farmers and industry agronomists to ensure their research results are interpreted and used appropriately. 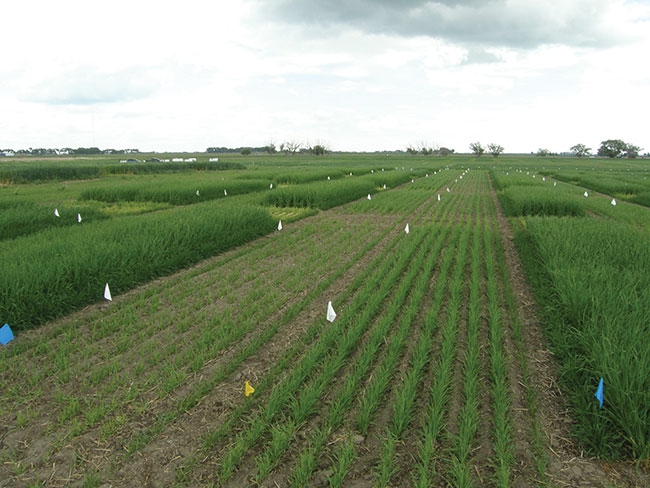 To improve the significance of a field experiment Statistics is simply the science of learning from data.