The highest recorded corn yield is 532 bushels per acre set by David Hula at Charles City, Virginia in 2015 in an annual contest conducted by the National Corn Growers Association in the United States. By comparison, the highest yield in 2016 in Manitoba Corn Growers Association’s annual yield contest was 274 bushels per acre (bu/ac) set by the Baker Colony at MacGregor, Man. Both impressive yields indeed, given growing conditions at those locations. But how can new corn growers reach those yields? 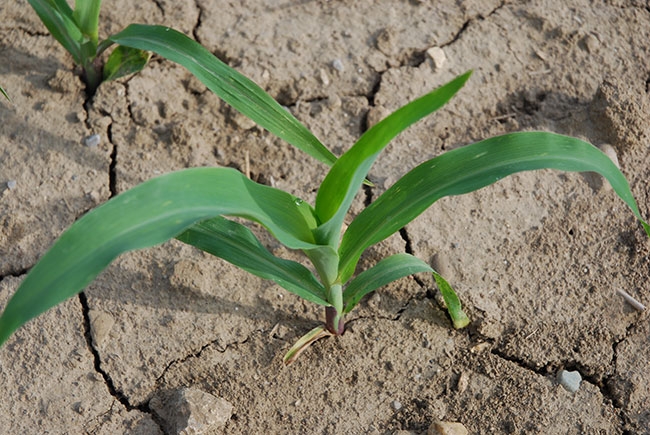 “Whether you’re a high yielding corn grower from Georgia or a new corn grower in Nanton, Alta., fundamental management decisions that you make are going to determine the level of success that you have with your crop,” says Nicole Rasmussen, area agronomist for southern Alberta and British Columbia with DuPont Pioneer.

1) Understanding corn maturity
Seed companies use Corn Heat Unit (CHU) ratings for maturity ratings. Weather stations around the province can provide historical CHUs for an area, and CHU maps are available from provincial agriculture departments. Rasmussen says what is often misunderstood by growers is that there is no industry standard for corn hybrid maturity ratings and none of the corn seed companies use the same method for rating their CHUs for corn hybrids, so comparing hybrids between companies can be challenging. For example, one 2200-rated CHU hybrid might mature differently than another company’s 2200-CHU corn.

“There is a lot of information, so take your time, ask questions of companies, and try to find yield data for your area so you can base your decisions on local data,” Rasmussen says. “Look for not only yield, but quality factors, because a few days difference can make a big difference in quality.”

2) Hybrid selection
Roundup Ready hybrids comprise almost all of the corn grown on the Prairies, and the next trait selection to consider is corn borer protection. Rasmussen says corn borer is present across the Prairies and growers should select a hybrid with a corn borer BT-trait.

“Here in southern Alberta, if corn has holes in the stalks, it doesn’t stand very well,” she says. “It affects yield, and silage corn goes down in a tangled mess.”

“The rule of thumb for corn is that for higher yield environments, you plant higher plant populations and lower yield potential means a lower population. In northern Montana growers are seeding 18,000 to 20,000 plants. At Lethbridge under irrigation, growers are planting 36,000 to 38,000,” Rasmussen says.

4) Planter versus air seeder
Rasmussen says that corn performs best when planted with a planter rather than an air seeder. Air seeders don’t have the accuracy required in depth and space that a corn planter provides. Plants that are too close together will feel competition and plants may be thin and spindly often don’t produce an ear.

“The difference in yield can pay for a custom corn planter pretty quickly,” Rasmussen explains. “A compromise might be grazing corn where uniformity isn’t quite as important as grain or corn silage, but you are still giving up quite a bit of yield.”

5) Nitrogen fertility
A big hurdle for growers is to understand the amount of fertilizer required to grow the crop, but Rasmussen says that corn is one of the most nitrogen (N)-efficient users of nutrients. For example, corn takes up 1.18 pounds of N for every bushel of corn produced, compared to 2.12 pounds for wheat and 3.12 for canola. The difference is that the yield potential for corn is much higher so the N fertilizer rate is also higher.

“Don’t let the amount of fertilizer required hold you back. Corn is a very efficient user of nitrogen,” she says.

“We believe that boron is the biggest problem because we haven’t seen the same with other micronutrient mixes, but we don’t know for sure so we don’t recommend any micros with starter fertilizer,” she says. “If you want to put on micronutrients, just find a different way to put it on away from the seed.”

7) Stand establishment factors
High corn yield potential is established by getting the crop up out of the ground quickly in a uniform plant stand. In the U.S., the goal is to have all the corn up within 12 hours of planting. Here, Rasmussen suggests a goal of emergence within 48 hours. Later emerging plants will be smaller and further behind, resulting in lost yield.

The minimum soil temperature should be eight to 10 C, but higher temperatures are better. According to Rasmussen, for many growers tillage is used to help warm up the soil and can be used as the operation to put down pre-seed fertilizer as well.

Corn should be sown at 1.5 inches deep so that the roots develop properly. Even if soil moisture is at 0.5 inches, place seed at 1.5 inches. Deeper seeding can be successful as long as the soil is warm.

Don’t plant if a cold rain or snow event is forecast for the next one to five days. A seed that takes up cold water early can get imbibitional chill. The cells rupture and the mesocotyl (the structure between the corn seed and the crown) can corkscrew, rupture or leaf out underground, which causes the seedling to die. Early irrigation can also have the same effect with cold irrigation. “We see that cold chill effect up at Lacombe just about every year.”

Corn doesn’t like compaction, which often happens on land that has been silage. Corn roots can’t grow down through a compacted layer, and often silage tracks can be seen in cornfields.

Corn is relatively frost-resistant since the growing point is below the ground. Rasmussen says that corn up to the V4 stage can completely die back to the ground and still grow back, although yield may be affected.

9) Weed control
Corn does not like competition from other corn plants or weeds. The biggest weed problem in corn is volunteer Roundup Ready canola. Corn yields are reduced when weeds are allowed to grow past four inches in height. Herbicide application should be targeted before weeds reach this height for consistent weed control and maximum corn yield.

10) Insects
Other than corn borer, Rasmussen says the next biggest insect challenge is wireworm. Don’t plant corn on fields where wireworm damage has been a problem. Wireworms zero in on the growing point and can quickly damage corn stands. She has seen fields where over one-half of the plants were lost to wireworm, especially in a slow growing spring.