News
The control of wireworms in Canada

Lindane was one the most effective treatments for the control of wireworms. This active ingredient killed 65 to 70 per cent of the resident wireworm larvae and more than 85 per cent of new neonate larvae that were produced later in the season – knocking back populations for three years. 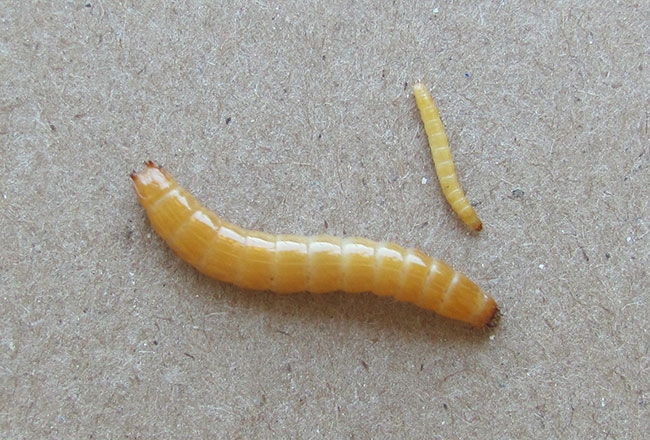 Wireworm control has become more difficult in Canada. Selatosomus destructor is up to 2.5 centimetres in length Lindane was one the most effective treatments for the control of wireworms

The neonicotinoid insecticides replaced lindane, but these active ingredients do not have the capacity to kill many resident larvae – allowing the larvae to recover fully by mid-summer. Then in early- to mid-summer, new neonate wireworms hatch and survive the treatment as well. This leaves large populations of wireworms in the field for the following season, and leads to an increase in wireworm populations over time.

Many Canadian farmers have noticed that wireworms have become much more prevalent since the loss of lindane. Why have U.S.-based producers not voiced similar concerns? The range of pest-management tools available to producers for the control of wireworms in field crops in the U.S., relative to their Canadian counterparts, may provide some insight.

Two of these 22 active ingredients include imidacloprid and lambda-cyhalothrin and two are, or will soon be, subject to re-evaluation. Should Canadian farmers lose any of the four active ingredients left for the control of wireworms, it may no longer be possible to control wireworms with any crop protection product in Canada.