New seed treatments have helped establish vigorous stands of corn and cereals, but they may not control wireworm populations as well as products with Lindane.

The problem of controlling wireworms may or may not be solved with the registration of new insecticide seed treatments. Wireworms have not been a problem for many years because seed treatments containing Lindane kept populations in check, but now that Lindane is no longer registered in Canada, replacements for Lindane may not be as effective. 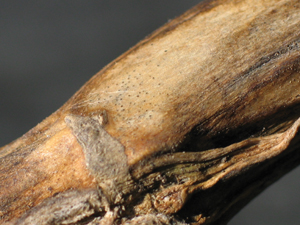 In all, there are 369 species of wireworm in Canada and many more around the world, but most do not have any real effect on crops. The prairie grain wireworm, Ctenicera (pronounced Tennissera) aeripenni destructor is the main wireworm pest on the Prairies, and other species can also cause catastrophic damage. Limonius californicus, the sugar beet wireworm, for example, can be a problem on many crops under irrigation on the prairies and British Columbia. Prairie pest species eat almost any crop, but numbers of Ctenicera are highest in dryland grass and cereals.

Wireworms are the larvae of click beetles, a harmless beetle named for the sound it makes as it jumps up in an attempt to right itself if it drops on its back. Each female lays 200 to 400 eggs into the soil in late May, early June, and later in cool weather.

Wireworms will feed on almost any crop and have a lifespan of four to five years.

Neither of the main pest wireworms on the prairies survive as long as the 10 years claimed for them by some sources. Bob Vernon, an Agriculture and Agri-Food Canada integrated pest management specialist who has studied wireworms extensively, says four or five years is a more realistic lifespan, but their long lifespan makes them very hard to manage.

“In the lab, we’ve starved them in almost no soil for two years,” he says. “After feeding, they recovered and looked quite normal within a couple of days. We’ve tried drowning them, but after a month under cool water, they looked quite healthy. They did die after seven to 10 days under water at 15 to 20 degrees C.”

The big advantage of Lindane-based seed treatments was that they reduced wireworm populations to non-pest levels in treated cereal fields. Using a seed treatment about once in three years controlled populations. Although Lindane is in the same chemical category as DDT, it breaks down more quickly and it is used at much lower rates (grams per acre).

The new generation of insecticide seed treatments use neonicatinamides, a group of chemicals that includes clothianidin (Poncho) and thiamethoxam (Cruiser). Agronomists report they have been quite effective in preventing wireworm damage, but Vernon has other concerns. These insecticides are definitely toxic to wireworms but at sub-lethal doses, the pests may recover after a month or even several months and resume feeding the following year.

“We’re still working on this,” says Vernon. “But, the neonicotinoid insecticides appear to intoxicate wireworms for long periods in the lab and in wheat and potato field trials, but they may not reduce populations to the same extent as Lindane. Several months later they may revive and start feeding again. The chemicals appear to reduce the number of large wireworms, those that are close to pupating. But the number of smaller wireworms, which grow to create problems in the future, seems to be unchanged.”

Vernon cautions that his work has been done mostly in British Columbia on a different species than those on the prairies and in moister soils. “I hope the wireworm species of the prairies succumb better than those I’ve worked on with wheat seed treated with neonicotinoid insecticides,” he says. “Once intoxicated, they’d desiccate in the hotter, drier prairie soil. Only time and more research will tell.

“I suspect we’re going to see a wireworm epidemic in Canada. We’ve lost virtually all of our most effective chemical controls for these insects,” says Vernon. “US farmers have a much bigger arsenal of older products still available to them. And, the chemicals we have aren’t approved in the US, so there may be problems exporting crops or processed foods treated with these chemicals to the US.”

The situation is worse because in Canada, Syngenta’s Cruiser is registered for wheat and barley, while Bayer’s Poncho is registered for use on corn. That leaves many susceptible crops without any protection against wireworm damage. 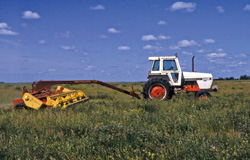 Practices like fallow cultivation to starve wireworms, suggested by some, are unlikely to have any benefit, but Scott Meers, integrated pest specialist with Alberta Agriculture, recommends rotations because click beetles prefer to lay
their eggs under cereals or grass.

According to Meers, the wireworm complex native to the prairies has a specialist predator, the larvae of the threvid fly. Some nematode parasitoids and fungal diseases also attack wireworms and may take advantage of wireworms intoxicated by the new insecticides. “We really have no way of knowing until we do some research on this,” says Meers. “We may see good control with the new insecticides. We have seen the new products give good protection in our conditions.”

Vernon has had some success with cultural controls for wireworm in horticultural crops. Because the insects are attracted to carbon dioxide given off by sprouting or fast-growing young plants, he has been able to reduce damage to strawberry transplants by planting wheat between strawberry rows. He is also trying to clear a corridor for horticultural crops by growing wheat, then removing it so the wireworms move on to the next row of wheat seedlings. He calls this ‘herding’ the pests.

Other scientists are studying a fungal disease that affects wireworms. One of Vernon’s summer students found a wireworm surrounded by fuzz, which scientists have identified. Controlling insects in field situations by infecting them with disease organisms is a difficult challenge. Some researchers in the Netherlands are testing pheromone traps to time insecticide spraying against egg-laying adults.

Only time will tell whether a wireworm epidemic hits the prairies. In the meantime, growers should use their best management practices to keep the insect at bay.