After 44 years, you would think something would change. But in the latest Prairie Weed Survey report, green foxtail, wild buckwheat and wild oats still come out on top as the three most troublesome weeds, measured as relative abundance. 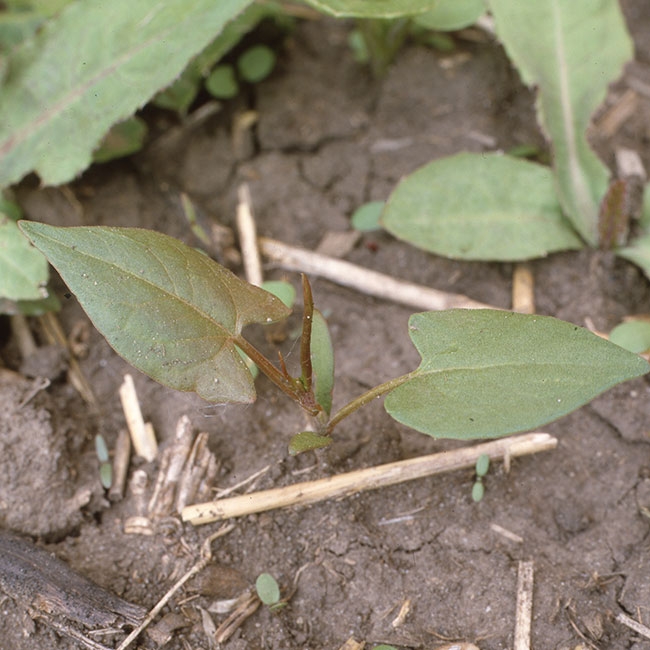 Julia Leeson, a biologist with Agriculture and Agri-Food Canada (AAFC) in Saskatoon, led the most recent provincial weed surveys in collaboration with the Alberta, Saskatchewan and Manitoba departments of agriculture. Gord Thomas, a now-retired research scientist with AAFC, initiated the original weed surveys in the early 1970s. Funding comes from a wide spectrum of provincial and federal agencies and grower groups. The survey targets weeds remaining in fields in July after normal weed management operations have been completed, and prior to harvest. Surveys are repeated approximately every 10 years to highlight shifts in populations. A relative abundance index of a weed is developed based on weed frequency of fields, uniformity within the field and the density it is found at within the surveyed spots within the field.

Brenzil says that in the case of green foxtail, the weeds counted in the survey may well have emerged after the in-crop weed control pass was completed meaning it didn’t come under control pressure from the herbicides used in the field unless a soil active product such as Edge or pyroxasulfone (Focus, Fierce, Authority Supreme) were applied prior to the emergence of the crop and weeds.

“The other thing to remember is that the ranking in the survey is not necessarily a correlation to economic impact, since relative competitiveness is not measured. Any research that has been done on green foxtail suggests that it is relatively uncompetitive compared to other weeds. Over 200 plants per square metre are required to register a blip on the competition scale unless the weed emerges before or in close relationship to the crop and temperatures are averaging more than 20 C,” Brenzil explains.

There may be several reasons why wild buckwheat remains in the top three. It has a wide range of emergence due to its hard seed coat, so wild buckwheat showing up in July may have emerged after the in-crop spray application. In addition, wild buckwheat is a tough weed to control since it quickly grows beyond the ideal growth stage for good herbicide control (typically 4 leaf), Brenzil says.

Wild oat is a cool, wet-weather-loving weed that is also well adapted to the Canadian Prairies. Despite the many very effective herbicides that were developed over the last 40 years, herbicide resistance is now limiting control options. Hugh Beckie, a research scientist at AAFC Saskatoon, looked at herbicide resistance as part of the weed survey. He found that roughly 60 per cent of wild oat populations surveyed in Saskatchewan are resistant to a Group 1 herbicide and 30 per cent are resistant to Group 2 herbicides.

“These two herbicide resistance groups make up a large chunk of the wild oat herbicides sold in Saskatchewan and the rest of the Prairies, so it doesn’t take a weed specialist to figure out that this will increase the number of plants showing up in counts when the survey is conducted,” Brenzil says.

In addition to the top three weed species of green foxtail, wild buckwheat and wild oats, seven other weed species have been in the top 20 since the 1970s: Canada thistle, lamb’s-quarters, chickweed, perennial sow-thistle, stinkweed, redroot pigweed and shepherd’s purse. Similar to the top three, these weeds are well adapted to Prairie growing conditions.

Wild buckwheat remains in the top three weeds on the Prairie

Weed shifts
Spiny annual sow-thistle, foxtail barley and broad-leaved plantain appeared in the top 20 for the first time in recent surveys. Other weeds that are increasing in recent surveys include canola/rapeseed, false cleavers, dandelion, wheat, narrow-leaved hawk’s-beard and barnyard grass and kochia.

Clark Brenzil, Saskatchewan Agriculture’s provincial weed specialist at Regina provides insight into why some weeds are increasing in relative abundance:

Foxtail barley is an adaptive species that grows well in uncompetitive crops because of factors such as flooding or drought or salinity. The first year of the survey was a very wet year in many locations, so foxtail barley would have done very well. Foxtail barley also has a very effective defense system in the form of hairy leaves that have evolved to protect the plant from dry conditions, but work very well for preventing herbicides from penetrating into the leaf surface as well. Foxtail barley is a perennial species that if hit with effective herbicides is relatively easy to control in conjunction with crop competition, but the trend toward wider rows and producers trying to reduce costs by reducing seeding rates provides less competition so foxtail barley thrives. Perennial foxtail barley also emerges from under the dead material of its crown from the previous year very slowly in the spring, reducing the available target for glyphosate. As a result early applications need to go on at roughly 720 grams of active glyphosate per acre for effective control whereas late applications when foliage is fully emerged only needs 180 grams of active glyphosate per acre.

Plantain is a fairly common perennial weed in areas that traditionally get high rainfall. The presence of plantain in the top twenty is simply a result of consistently high moisture over the last decade allowing it to increase in predominance over other species better adapted to a more arid climate.

Volunteer canola/rapeseed and volunteer wheat are a result of more canola acres and less diverse rotations, or simple alternating between canola and wheat in northern regions, and pulse crops and durum in southern regions, which are not rotations. This will mean a higher frequency of these crops as volunteers in the alternate year by comparison to a longer rotation, say wheat, canola, barley, pulse, where the further out you go in the rotation the more dilute the volunteer population of the first crop in the rotation becomes in the soil seed bank.

False cleavers may be the result of more canola acres. There is also a predominance of a winter annual or short lived perennial life habit that may be a response to the environment that is created by direct seeding such as snow capture with standing stubble that improves winter survival and creates better moisture conditions.

Dandelion, similar to cleavers, may be increasing in response to the habitat created by direct seeding. AAFC research scientist Gord Thomas (ret.), who used to do the surveys, observed that in a tillage system dandelion was concentrated more to the edge of a field because the airborne seed would blow across the tilled field to that point before settling. In no-till fields with standing stubble the seed lands and doesn’t blow so it germinates where it lands initially. The survey doesn’t assess the edges of fields so older surveys would not have picked up dandelion.

Dandelion can be easily managed with the use of fall or early spring applications of glyphosate and its more popular tank mix options. Timing is more important than the particular herbicide choice – waiting until just before seeding can mean that dandelion has already gone to seed by the time you hit it with a burnoff. In addition, fall and early spring applications result in higher yield response from the crop. This will be particularly important going into 2018 where soil moisture reserve may be at a premium.

Narrow-leaved hawk’s beard grows at high densities, and its presence is similar to why green foxtail remains in the top three. Narrow-leaved hawk’s beard is also spreading out of its more traditional range in the northwest of Saskatchewan in response to available moisture. Group 2 resistant biotypes have also been documented in Alberta but did not show up in Beckie’s resistance survey in Saskatchewan.

Barnyard grass could be increasing strictly because of reduced competition in the cropping system. Barnyard grass is a low-growing, heat-loving weed that responds to open soil. It germinates late in the season after soils have warmed, and as with green foxtail, could miss the in-crop treatment. There are also two different species of barnyard grass; Echinochloa muricata or western barnyard grass is the native species to western Canada and less aggressive than the introduced Echinochloa crus-galli which is common in eastern Canada. There is a suggestion that E. crus-galli is moving westward into Saskatchewan, which may account for this increase. E. crus-galli is more likely to respond to warm, wet conditions than the native western barnyard grass. Threshed E. crus-galli seed also has three distinctive veins or lines, whereas rough barnyardgrass has none or very faint lines.

Improved weed control
On the good news front, overall weed pressure has trended downward since the 1970s, with the exception of the most recent survey period from 2009-2017. The changes are attributed to weather conditions. The total weed densities in 2009-2017 were higher than the previous two surveys, attributable to relatively wet conditions in most of the survey years. Similarly, there were more weed-free quadrats in 2001-2003 due to dry conditions in each province at the time of the surveys, Leeson says.

Brenzil also explains that some of the progress towards improved weed control may be a direct result of the move to direct seeding with less tillage. Seeds left sitting on the soil surface while dormant are more susceptible to mortality from various causes, such as feeding by small rodents, birds and insects, as well as decay organisms – things they would otherwise be protected from as a result of burial in a tillage system.

“Since this survey takes place after the in-crop foliar herbicide timing, this suggests that weed control overall has gotten better. So progress may have been made on these weeds, but the rankings that come out of these surveys is a relative ranking making it appear as though there has been no progress on some of the top ranking weeds,” says Brenzil.