For growers in Western Canada, wild oat continues to be one of the most problematic weeds. Growers spend more money on wild oat herbicides than any other weed species and, together with increasing wild oat resistance to herbicides, implementing integrated weed management techniques to slow herbicide resistance is needed.

“Given the intense herbicide pressure, many wild oat populations are now resistant to several different herbicide modes of action in Western Canada,” explains Neil Harker, weed scientist with Agriculture and Agri-Food Canada (AAFC) in Lacombe, Alta. “The most recent weed surveys show that over half of the cultivated fields in Alberta have Group 1 resistant wild oat. The level of resistance is increasing rapidly, with Group 1 resistant wild oat found in about 11 per cent of cultivated fields in 2001, rising to 30 per cent in 2007 and to over 50 per cent in 2015.

“There are also Group 2 resistant wild oat populations, Group 1 and Group 2 and at least one case of wild oat resistance to four modes of action,” Harker adds. “Implementing integrated crop management strategies now is key to slowing down herbicide resistance and extending the use of herbicide tools.”

In year one, wild oat populations were established in canola at all locations. From 2011 to 2013, the trials included 14 treatments at each site; each treatment integrated different factors (crop species, crop life cycles, crop seeding dates and rates, harvesting dates and herbicide rates) over three growing seasons to influence wild oat demography. At the end of the 2013 growing season, the cumulative effects of these treatments were determined. Canola was seeded across all sites in 2014, with yield, seed oil and protein concentrations measured. The most popular crop rotation sequence on the Canadian Prairies, canola-wheat in a full herbicide rate regime, was considered as the standard treatment to compare 2013 and 2014 data to all other treatments. Wild oat seed bank data were analyzed in the fall of 2014. These results were used to help researchers determine if some treatments in the project could provide wild oat management in the absence of intense selection pressure for herbicide resistance.

Results were similar with perennial alfalfa without wild oat herbicides for three years, where wild oat populations were reduced to almost nothing. However, forgoing wild oat herbicides in only two of five years from exclusively summer annual crop rotations resulted in higher wild oat density, biomass and seed banks. Researchers concluded management systems that effectively combine diverse and optimal cultural practices against weeds and limit herbicide use can reduce selection pressure for weed resistance to herbicides and extend the lifespan of effective herbicide tools. 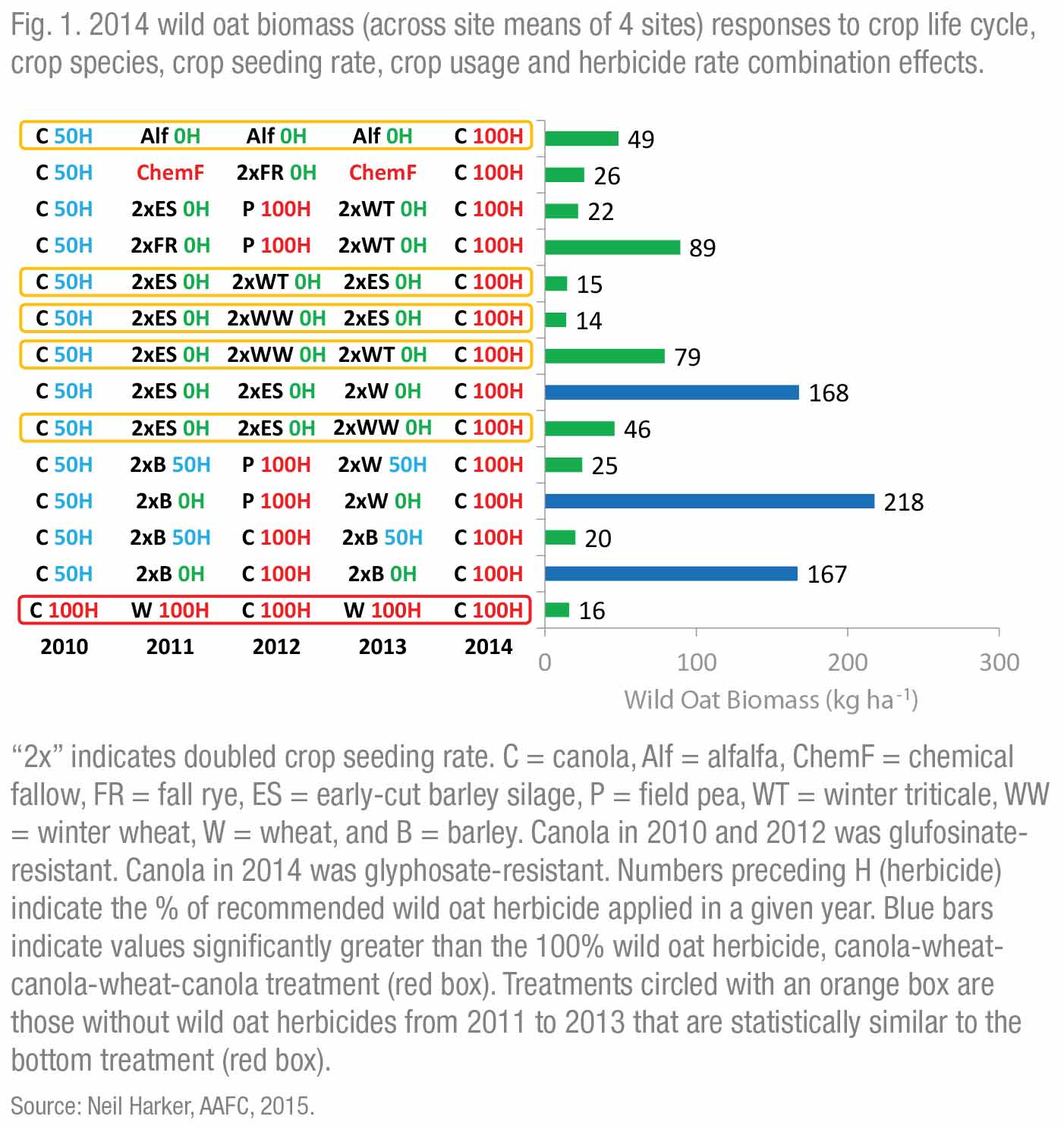 “The take-home from the results of our study is that diverse rotations are necessary for integrated weed management and will help growers reduce the selection pressure for herbicide resistance,” Harker says. “We also showed in the weed seed bank study that several diverse rotations without wild oat herbicide treatments three years in a row were just as good as the canola-wheat and full herbicide rotations. Although concerns have been raised that after three years of no wild oat herbicide treatments the weed seed bank would increase, our results did not show that. Therefore, integrated crop and weed management systems work, but growers need to implement them well and implement them soon.”

Diverse rotations and integrated crop and weed management continue to be important strategies not only for wild oat control and reducing selection pressure for herbicide resistance but also for other weed and disease problems. For example, Group 1-resistant green foxtail is widespread, as are many Group 2-resistant broadleaf weeds, including cleavers and kochia. Glyphosate resistant kochia has also recently been identified in Western Canada, the first glyphosate resistant weed to be found there. Disease issues such as blackleg and clubroot are also increasing, particularly in shorter canola rotation systems.

“The results from this project and others, such as work we did in comparing canola rotations and the impacts on diseases like blackleg and pests such as root maggots, show that longer and more diverse rotations were associated with greater canola yields and decreased blackleg disease and root maggot damage,” Harker adds. “Although in the short term the shorter canola-wheat rotations may seem to be more profitable, over the long term diverse rotations and integrated crop management are necessary to reduce herbicide expenditures, reduce selection pressure for weed resistance and to grow canola in more sustainable rotations.”

If growers continue to rely on shorter rotations, the costs of controlling increasing disease problems and herbicide resistant weeds are expected to increase substantially, reducing overall profitability and increasing the risk of losing herbicide tools. With increasing resistance issues in Western Canada and elsewhere, such as in Australia where one biotype of rigid ryegrass resists seven modes of action, it is time for growers to act proactively to keep herbicide control and costs manageable over the long term and reduce selection pressure and herbicide resistance. 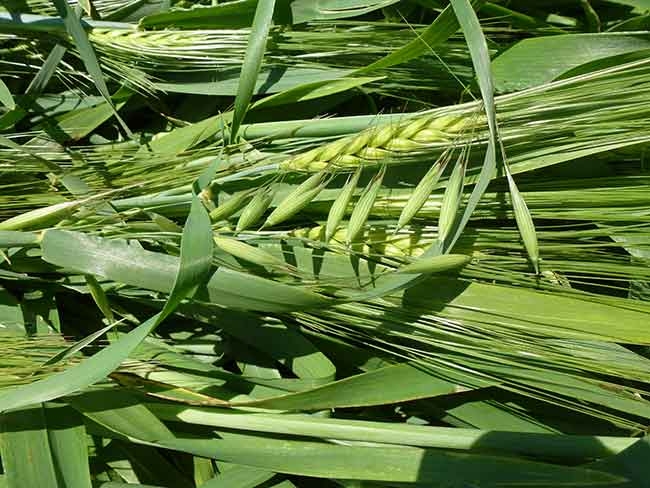