We’ve put incredible selection pressure on wild oats for resistance. It’s our driver weed. It’s a weed that makes most of our herbicide decisions. In 2006 over $12 an acre on average was spent in Western Canada on wild oat herbicides, about $500 million annually. That’s more than double any other weed species as a weed target.

Resistant testing on the wild oat seeds from Field 3 found very high levels of resistant seeds with all of the Group 1 or 2 herbicides screened. None of the major Group 1 or 2 herbicide chemistries would be effective on these wild oat patches in wheat. That’s fairly sobering to think about because we always talk about resistance as something that’s coming. This isn’t the only field that’s like this so essentially we are losing a lot of herbicide tools.

What this means in wheat is that there are no post-emergent wild oat herbicides that would be effective. He still has soil-applied Avadex (triallate Group 8). However, in Alberta, John O’Donovan confirmed 34 sites with triallate resistant wild oats from 1990 to 1993. These fields had an average of 17 years of Avadex. O’Donovan has been back to some of these sites recently, and if Avadex hasn’t been used since, he thinks that there’s probably two to three years of susceptibility to Avadex before resistance builds back up.

There are integrated production practices that lower selection pressure for resistance. Crop and canopy health is important for weed competition, and is even possible in so-called weakly competitive crops like peas. Seed shallow for canola to get a good crop stand. You may not need to do a second in-crop herbicide application with a competitive canola crop.

Agriculture and Agri-Food Canada (AAFC) Lacombe did a study  in central Alberta where a lot of barley silage is grown continuously. Three-year rotation of all Seebe barley, three different barley varieties, a rotation with triticale and a rotation with an oat variety were compared. The trial showed biomass of wild oats could be reduced simply by having a more diverse rotation, and this rotation wasn’t very diverse at all.

Some of the Prairie rotations can look pretty good. Wheat-canola-pea sounds good but these rotations are all just summer annual crops. Wild oat and many other problem weeds are summer annuals so unless we do something different and introduce a silage crop or introduce a winter wheat, we’re really just telling these weeds they can just continue as normal. They have no trouble adapting or thriving in those systems.

Although barley silage is a summer annual crop, it adds diversity because it is cut earlier than a crop harvested for seed. Winter cereals are even better. They start growth in the fall, and by the time the wild oat is ready to emerge in the spring many growers don’t even need a wild oat herbicide. This takes away wild oat selection pressure with herbicides for an entire year. Doing the same thing over and over whether it’s winter cereals or summer annuals is not going to get us where we want to be. We need to rotate and mix things up. Perennial forages do that pretty well because they compete very well and before wild oat gets a chance to set seed, you cut them off.

Another integrated weed management trial at Lacombe compared continuous barley versus a barley-canola-barley-pea rotation, as well as short versus tall barley cultivars and normal versus 2X seeding rates and different herbicide rates. Cumulative effects of these treatments in year five were measured. (See Fig. 1.)

But the problem with that rotation is that it uses all summer annual crops so it’s not really diverse. Another study put some real diverse rotations to the test. This was done at three sites in Alberta, two in Saskatchewan, and one in each of Manitoba, Ontario and Quebec.

Canola yield was measured in the fifth year. Canola-wheat-canola-wheat with full herbicide throughout the five years was one of the lowest yielding, probably because of low crop diversity and too much canola in the rotation.

In this study some of the wild oat seedbank numbers with treatments not using herbicides did increase, but there were four treatments with zero wild oat herbicides three years in a row where it was not significantly greater than the canola-wheat-canola-wheat rotation with full herbicide applications.

A cautionary conclusion in the study was that forgoing wild oat herbicides in only two of five years in exclusively summer annual crop rotations resulted in higher wild oat density, biomass and seedbanks. But where there was a winter cereal and high seeding rates, we were able to manage wild oat effectively.

In summary, some herbicides are being overused. Weed resistance continues to increase at a rapid pace and many popular wild oat herbicides are already less useful than they were a few years ago. In some cases you could say all of the popular in-crop herbicides are not available anymore for wild oats. Few or no new herbicide modes of action are being registered. Low diversity rotations are dominant and that’s the biggest reason for the situation we have. Herbicide-resistant canola did give us a reprieve but if we overuse that system we’ll also get resistance from different groups.

Economics is why people say they do what they do. So far weed resistance has not driven much integrated weed management adoption in Western Canada – that could change. In Australia, how many guys wanted to pull a chaff cart? Zero. How many do pull a chaff cart? Quite a few. How many want to burn their stubble? Zero. How many do in Western Australia? Fifty per cent of growers burn their stubble.

In terms of herbicide resistance, some fields are in serious trouble with more trouble on the horizon. We still have time to act. Those with vision will make some sacrifices now to preserve precious herbicide tools that are a relatively non-renewable resource. 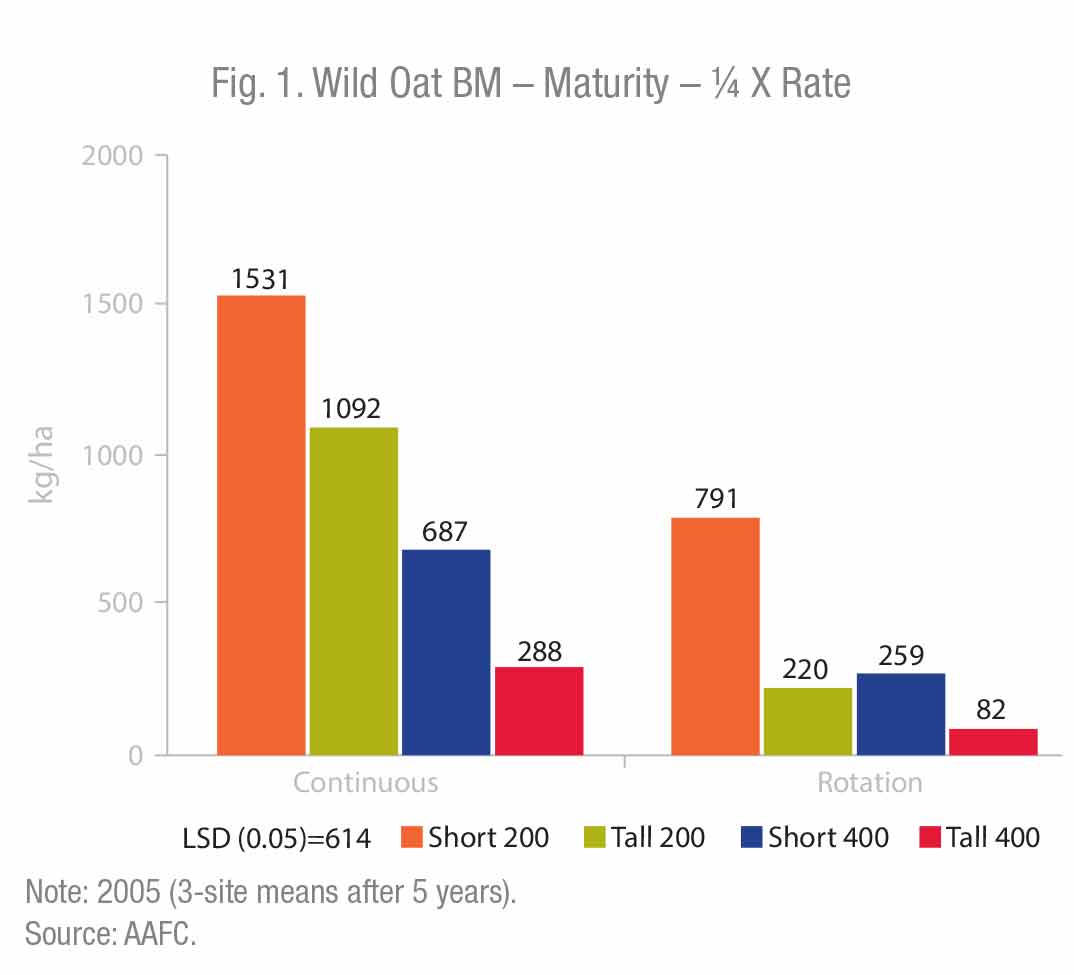 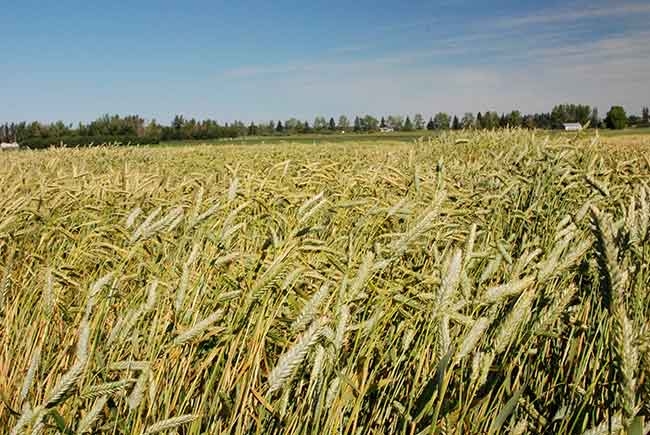 Adding more diversity into crop rotations We’ve put incredible selection pressure on wild oats for resistance. It’s our driver weed. It’s a weed that makes most of our herbicide decisions.