Research aims to curtail the spread of resistance to the Cry1F toxin. 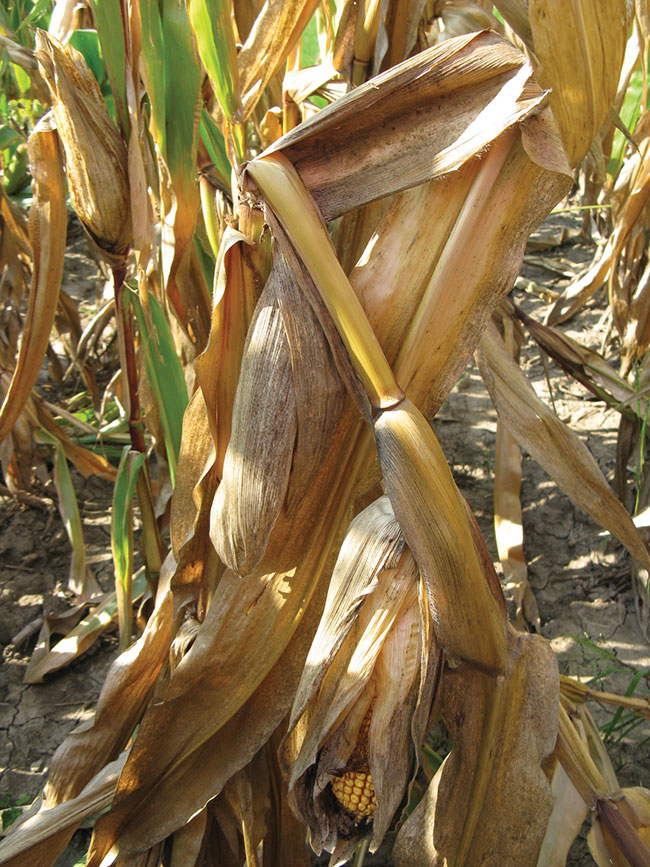 Standability damage due to European corn borers. ALL PhotoS courtesy of Jocelyn Smith/University of Guelph-Ridgetown.

The startling discovery of European corn borers with resistance to a Bt protein called Cry1F in Nova Scotia in 2018 has triggered a major project to tackle the problem.

“Using Bt corn to control European corn borer has been very successful for 25 years in North America. This [Nova Scotia case] was the first instance where resistance to any Bt protein has developed in this pest in the field in North America throughout that time,” says Jocelyn Smith, the research scientist who manages entomology research at the University of Guelph’s Ridgetown campus.

“This resistance could jeopardize our ability to control the corn borer in the region. There is also a risk that the resistance could spread to neighbouring provinces or states and cause the same reduced control of European corn borer in corn.” When not controlled, this pest can have significant impacts on corn yield, quality and standability.

A likely factor in the development of this resistance was the use of Bt corn hybrids with only a single toxin for controlling European corn borer. Smith explains that in most of North America, pyramided corn hybrids with more than one Bt protein targeting the corn borer are used, so the risk of the pest developing resistance is lower. However, in Nova Scotia’s relatively small market for hybrid corn seed, some single-toxin hybrids were still being sold.

“Another big issue that we are looking at in this project is whether this Cry1F resistance could result in cross-resistance with some of the other Bt proteins,” Smith says.

“Four Bt proteins target European corn borer and all are considered high-dose proteins [which reduces the risk of resistance]. But three of these proteins [including Cry1F] are somewhat similar in their structure and function. So, there is a risk of cross-resistance, which would even jeopardize the ability of the pyramid Bt corn hybrids to control European corn borer.”

Smith and Rebecca Hallett, an entomologist and professor at the University of Guelph, are co-leading the project, which started in 2020. Other members of the project team are research associate Yasmine Farhan and graduate student Emily Glasgow.

The project’s objectives are to: determine how widespread Cry1F resistance is in Eastern Canada; understand the characteristics of the Cry1F resistance and figure out how it can be managed; and update our understanding of European corn borer biology across Canada.

Determining Cry1F resistance in corn borers involves a lengthy bioassay process. To date, the team has analyzed the samples collected in 2018 and 2019, and the 2020 results are almost complete.

“So far, the resistance seems to be primarily within Nova Scotia, with maybe some elevated tolerance in some of the other Maritime provinces and possibly in Quebec,” Smith notes. The project will continue this resistance monitoring for three more years.

Early indication of cross-resistance
To check for cross-resistance with the other Bt proteins that target the corn borer, Smith’s team is testing samples of the pest collected from across Canada for resistance to the other three toxins – Cry1Ab, Cry1A.105, and Cry2Ab2 – as well as Cry1F.

“We are finding some indication of cross-resistance between Cry1F and Cry1Ab, which is concerning,”  Smith notes. 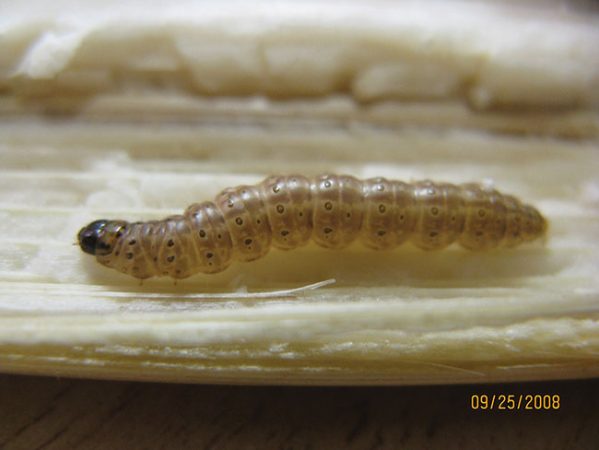 Resistance linked to pheromone race?
European corn borers are grouped into races based on which type of pheromone lure attracts the adult moths to traps: the E pheromone, or the Z pheromone. Smith wants to find out if the Cry1F resistance trait is associated with the insect’s pheromone race.

She adds, “The best-case scenario would be if the Cry1F resistance is associated with just the Z race because we could then target their management primarily in corn. However, if they are able to utilize other host plants to complete their development, then a reservoir of resistant corn borers could survive on other crops, making them more difficult to control.”

Updating corn borer basics
“Because this pest has been controlled so well with Bt corn for 25 years, researchers haven’t spent a lot of time focusing on it,” she says. “Aspects of its phenology [which is the timing of life cycle stages as affected by factors like temperature] may have changed over the last 25 or 30 years. We want to look at that again and see what impact it will have for cropping systems in Canada.”

Smith and her team are looking at characteristics like the number of generations per year, and the timing, duration and peak of the flight of the moths in the different corn-growing regions across Canada.

“[Based on observations so far,] it looks like the corn borer typically has two generations per year in Eastern Canada. However, there seem to be pockets with both single-generation and two-generation populations,” Smith notes.

As part of this phenology work, the researchers are evaluating the existing growing degree-day models for the corn borer, which are used to predict things like when to scout for the pest. They want to see if the models still work well or perhaps need some modifications. 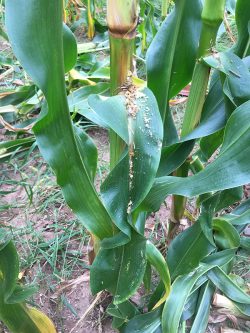 A cross-Canada boost
The project’s corn borer data collection is getting an extra boost through a nationwide pilot project under the Canadian Plant Health Council. The pilot’s goal is to harmonize European corn borer monitoring practices across Canada and across crops, and to share monitoring results. Smith helped in the development of the pilot’s harmonized survey protocol, in an app called Survey123, which is available online for anyone who is monitoring this pest.

The monitoring data shared through the pilot could enhance Smith’s project in several ways. “We’ll be able to see whether corn borers are infesting new and emerging crops in Canada, like hops or hemp. We can obtain more information about the biology of the corn borer across the country – the timing of its life cycle in different areas, the duration of moth flight – not just for corn crops but for other crops as well. We can also see how well the degree-day models are fitting for the insect in different regions in Canada.”

In addition, the project team is hoping to receive corn borer samples collected through the pilot from different crops across Canada. They want to determine the pheromone race of those samples, which could increase understanding of the connection between race and host crop preferences.

Assessing management strategies
At present, the main strategy for halting the spread of Cry1F resistance is to use Bt corn hybrids with more than one toxin for European corn borer control.

“Within a couple of years after the discovery of Cry1F-resistant corn borers, the seed corn companies pulled the single-toxin Bt corn hybrids from the region where the resistance developed, and brought in pyramid hybrids with more than one toxin. The hope is that any Cry1F-resistant corn borers would still be susceptible to the other Bt toxins, and these pyramid hybrids would reduce the resistant population,” Smith says.

“However, given our early indication of some level of cross-resistance, this strategy might not be robust enough to stop the spread of the resistance problem.”

The project’s monitoring for resistance to the four Bt toxins will help in tracking the effectiveness of the management strategy and in identifying whether additional strategies are needed.

Those other strategies might include options like chopping up infested Bt corn stalks, applying insecticides, or using pyramids with Bt toxins that have a lower risk of cross-resistance with Cry1F, if available.

She adds, “It is possible that more Bt proteins for European corn borer will be available in the future, but it is not imminent by any means; it may be close to 10 years.”

Benefits for corn growers and more
The results from this project could help in maintaining a crucial tool for controlling the European corn borer.

“Bt corn is one of the most effective and environmentally friendly ways to manage this pest of corn,” Smith notes.

“The use of Bt corn in North America has actually also benefitted a lot of other crop producers, in that this tool has suppressed the overall corn borer population across the board, across North America. The lower overall population has benefitted organic producers who don’t use pesticides to control pests, and it has benefitted growers of other vegetable crops that corn borers can infest. If we lose this technology, we may have to use more insecticides in corn as well as other crops.