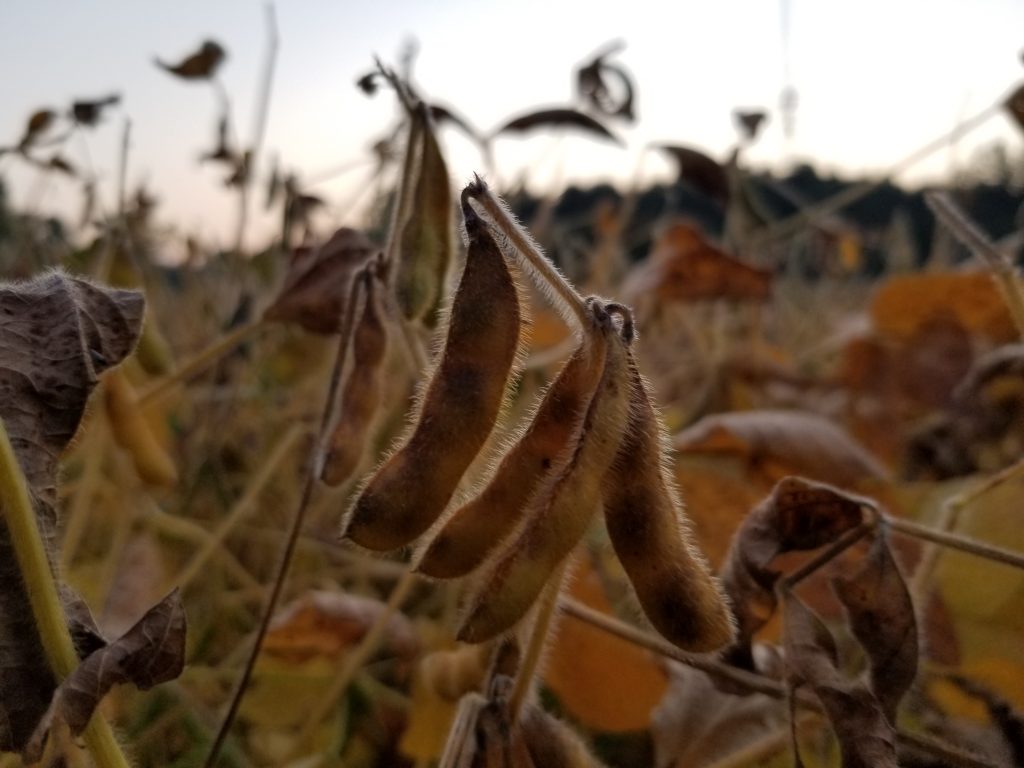 Because of the northern limit of soybean production in North America, Kristen MacMillan with the University of Manitoba wanted to see if seeding could be delayed past the current crop insurance seeding deadlines of May 30 and June 6 in response to the delayed seeding that occurred in 2013 and 2014.

The scientific objective of this study was to determine the impact of delayed seeding on soybean seed yield, yield components, maturity and seed quality in Manitoba, and provide the first characterization of the relative influence of environment, seeding date and cultivar on those variables. The research also had an applied objective to conduct an agronomic analysis of the potential for late seeded soybeans. This had particular potential in southeastern Manitoba with a longer growing season and early maturing varieties being widely available.

Field studies were conducted from 2015 to 2017 in Arborg, Portage la Prairie and Morden, Man. The study included three seeding dates, separated by five- to eight-day intervals characterized as normal (May 25 to June 12), late (May 31 to June 16) and very late (June 6 to 24). In Manitoba, the average date of the last spring frost (0 C) ranges from May 20 to June 4 across the soybean production area, and the first fall frost (-2.2 C) typically occurs between Sept. 11 and 26, providing 96 to 129 frost-free days for crop production.

The normal seeding date in this study follows acceptable agronomic practices for the region (although earlier seeding has since become more common), while the very late seeding date extends beyond current guidelines and crop insurance seeding deadlines.

Growing season precipitation and heat accumulation varied among sites and years, which became the most important factor in the study. From May through August, total growing season precipitation varied from 6.3 to 14.6 inches (161 to 370 mm), and mean daily temperature varied from 15.5 to 18.1 C across the site years. Environment explained more of the total variation (33.6 to 74.5 per cent) for each variable than any other factor or interaction, except for seed oil concentration. This indicated that soybeans were highly sensitive to growing conditions in this study. The second most important factor always included cultivar or an interaction with cultivar.

Soybean yield ranged from 24 to 54 bushels per acre (bu/ac; or 1,610 to 3,625 kilograms per hectare kg/ha), and environment alone explained more than 70 per cent of this variation.

Below-average yields occurred in three environments (Arbog15, Arborg17, Morden15), and delayed seeding and dry conditions (Morden15), and hail (Arborg17) were also constraints to yield. Removing these environments lowered the contribution of environment by only about 20 per cent of the total variation, but did not change the researchers’ interpretation of the results.

At the very late seeding date, overall soybean yield was reduced by about 15 per cent compared to the normal and late seeding dates. The researchers found the effect of delayed seeding surprisingly small. At three of eight environments, yield reduction from the normal to very late seeding date ranged from 16 to 36 per cent across the site years. Cultivar choice also had a small effect on yield with the earliest maturing cultivar yielding 16 per cent lower overall – not surprising, as earlier cultivars generally have lower yields because there is less time spent in the reproductive phase of seed set and filling.

Results from this study suggest that the two later-maturing cultivars maximized yield across all environments and seeding dates, because although yield was reduced with delayed seeding, the relative differences among cultivars remained similar.

Days to maturity ranged from 104 to 119 days. It was similar among seeding dates, with the exception of two sites where delayed seeding reduced days to maturity by seven to 10 days compared to normal seeding for most cultivars. Seeding date did not affect seed protein concentration, overall. Cultivar had little effect on seed protein concentration, accounting for less than one per cent of the total variance.

This study demonstrates that environmental conditions in Manitoba have a large influence on soybean performance compared to seeding date or cultivar. For farmers, if seeding is delayed beyond recommended practices, there is potential for seeding soybeans through mid-June in some regions of Manitoba with minimal yield reductions, although very late seeding will incur larger yield and quality losses. The research found that the maturity risk could be mitigated with appropriate cultivar selection, and if seeding is delayed a few weeks past the normal seeding date, weather during the growing season will have a greater impact on production than cultivar selection or seeding date.