“Our growing conditions in southern Saskatchewan are different than the traditional soybean growing areas, and even different from some of the soybean areas in Manitoba. We wanted to see if the seeding recommendations in Manitoba would work here,” Holzapfel says. 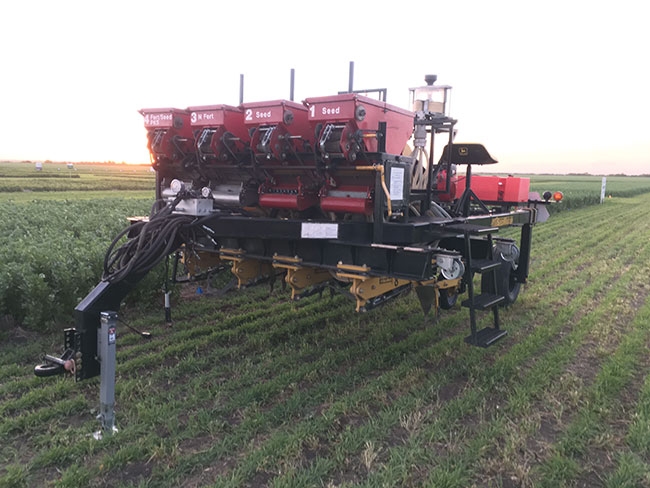 Generally, the recommended time to seed soybeans is when the soil warms up to 10 C – usually mid-to-late May. To test this recommendation, Holzapfel evaluated three seeding dates targeted at early May, mid-May and late May-early June. He says that the research results support that recommendation. Seeding during the first two timings produced the highest yields, while delaying seeding into late May-early June resulted in yield loss approximately one-half of the time.

“While we did not usually lose yield by seeding soybeans early, there was never any advantage as it took much longer for emergence to occur and there was essentially no difference in maturity between the first two seeding dates,” Holzapfel says. “It was occasionally noted that soybeans seeded at a more optimal time emerged more uniformly and grew more vigorously with taller plants and higher pod clearance.”

Soybean seeding depth is generally recommended at a depth of less than one inch deep. In Holzapfel’s research, two seeding depths were tested. Shallow seeding was targeted at around three-quarters of an inch and deeper seeding at around 1.5 inches depth.

Holzapfel says the results support the recommendation of sowing soybeans at a depth of one inch or less, unless soil is dry where seeding slightly deeper might be warranted. “This is contradictory to large-seeded, cool-season pulse crops like field peas and fababeans and is likely due in part to the warmer soils at a shallower depth.” 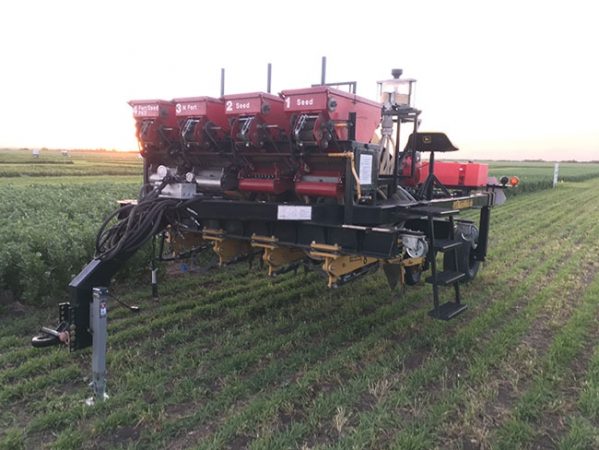 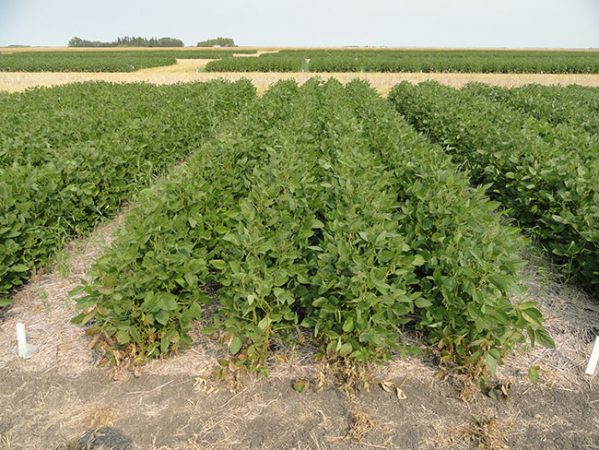 He says the yield benefits observed with higher seeding rates were at least partly due to increased pod clearance and larger seeds in addition to the higher plant densities.

“Overall, when considering the cost of seed, the traditional industry recommendations will likely be close to optimal on average,” Holzapfel says. “However, our results show potential for yield benefits to higher than normal seeding rates under the relatively stressful, low yielding conditions that are not uncommon in Saskatchewan.”

Previous research in other areas indicates that narrower row spacing produce similar yield as soybeans grown on wide row-crop spacings. Holzapfel looked at 10-, 12-, 14-, 16- and 24-inch row spacings at Indian Head over the four years in combination with the seven seeding rates.  Yield response to row spacing varied widely, depending on the growing conditions at each site. Averaged across all four years, yield increased linearly with row spacing from 25 bushels per acre (bu/ac) (1688 kilograms per hectare or kg/ha) at 10-inch spacing to 27 bu/ac (1812 kg/ha) at 24-inch spacing, a seven per cent advantage. However, this was mostly due to increased yield at wider row spacing under very low yielding, stressful conditions in 2014 and 2017. Conversely, in the highest yielding year in 2015, yields were significantly higher at 10- or 12-inch spacing than at 14- or 24-inch row spacing.

“Broadly speaking, this study showed that soybeans are well adapted to wider row spacing but the higher overall average yields observed should not be taken to mean that wider row spacing is superior. This only occurred under very low-yielding conditions, which were encountered 50 per cent of the time,” Holzapfel says. “There was either no effect or an advantage to narrower spacing under the more optimal conditions.”

Holzapfel says that most research suggests no effect or a slight yield advantage to narrower row spacing, and his study seems to support those findings. The advantage to using planters on wider row spacing comes from lower seed mortality and the ability to reduce seeding rates and seed costs.

Putting all the trials together, under conditions encountered in southern Saskatchewan, the home-grown recommendations would be to seed in mid-May when temperatures reach 10 C, seed shallow at less than one-inch deep (except under very dry seedbed conditions), seed at 200,000 to 250,000 seeds per acre (49 to 55 seeds per square metre) targeting a minimum stand establishment of 25 plants per square metre. Soybeans are also well adapted to seeding with air drills on narrower row spacing.