SWSW has been traditionally grown under irrigation in southern Alberta for end uses in pastry flour markets. In the past, production of CPSW went primarily to the Canadian Wheat Board and domestic feed markets. In recent years, production of both wheat types has increased and has gone to processing into a variety of products including ethanol. These two wheat types have excellent yield potential. Both have excellent potential for production of ethanol as they generally have the highest starch contents of the various cereal crops grown on the Canadian Prairies.

Excellent advances have been made to increase yield potential and disease resistance of SWSW and CPS wheat by Agriculture and Agri-Food Canada and prairie universities.

Alberta Agriculture and Rural Development conducted a four-year research study with SWSW and CPSW in the Dark Brown, Thin Black, Black and Gray soil areas of Alberta to examine seeding agronomy and nitrogen fertilizer requirements. SWSW and CPS wheat were grown successfully at all locations each year, and yields were generally very good to excellent at all sites. Results showed that SWSW and CPS wheat can be grown successfully in the Prairie and Parkland region of southern and central Prairies.

In 2010, CPSW yield at four of five sites was at 100 bu/ac or higher, and for SWSW, was over 90 bu/ac. Generally, CPSW was slightly higher yielding than SWSW at the same locations. The unfertilized grain yields ranged from 30 to 60 bu/ac for SWSW and ranged from 40 to 70 bu/ac for CPSW, depending on the soil test N level and soil organic matter content.

The economically optimum N rate was approximately 100 lb N/ac based on the average yield response to N fertilization across all sites, but optimum rate ranged from 30 to more than 145 lb N/ac, depending on the site. Yield was strongly correlated with growing season precipitation, but was not necessarily well related to soil test N level.

From the results of this study, N fertilizer rates for SWSW and CPSW should be based on the range in expected growing season precipitation for a given location, with less emphasis on soil test N. Table 1 provides the recommended rates of N fertilizer based on the assumption of four inches (100 mm) of stored soil moisture at the time of planting plus increasing rates of precipitation at low, medium and high soil test N levels. This table can be used for estimating N fertilizer recommendations for both SWSW and CPSW.

Protein and starch concentrations were unaffected by seeding rate, so management practices for optimum yield are also suitable for maximum starch productivity. 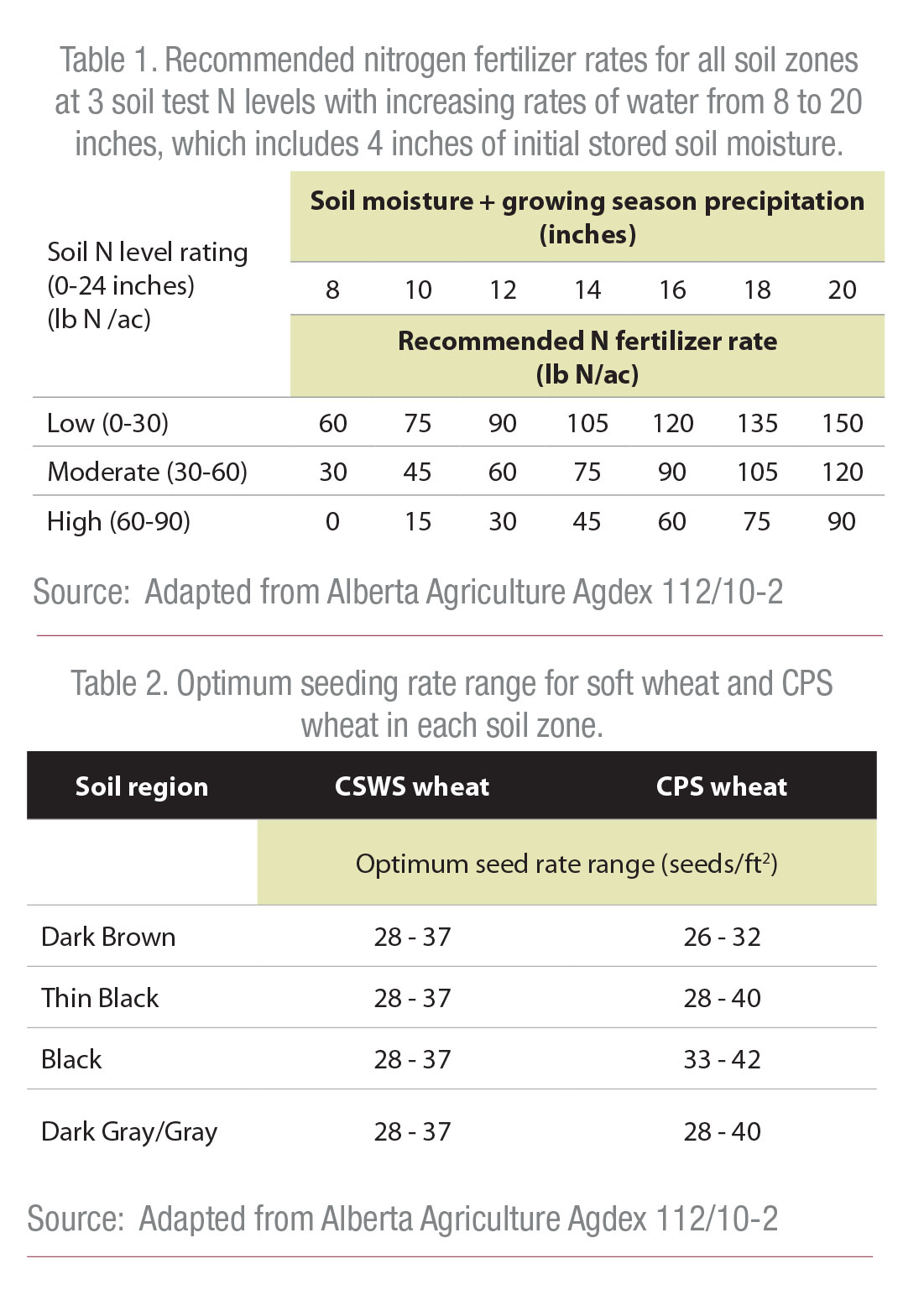 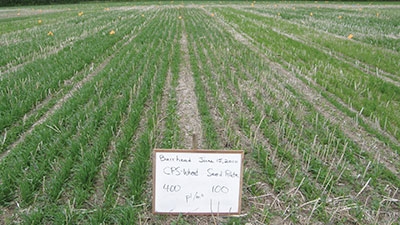