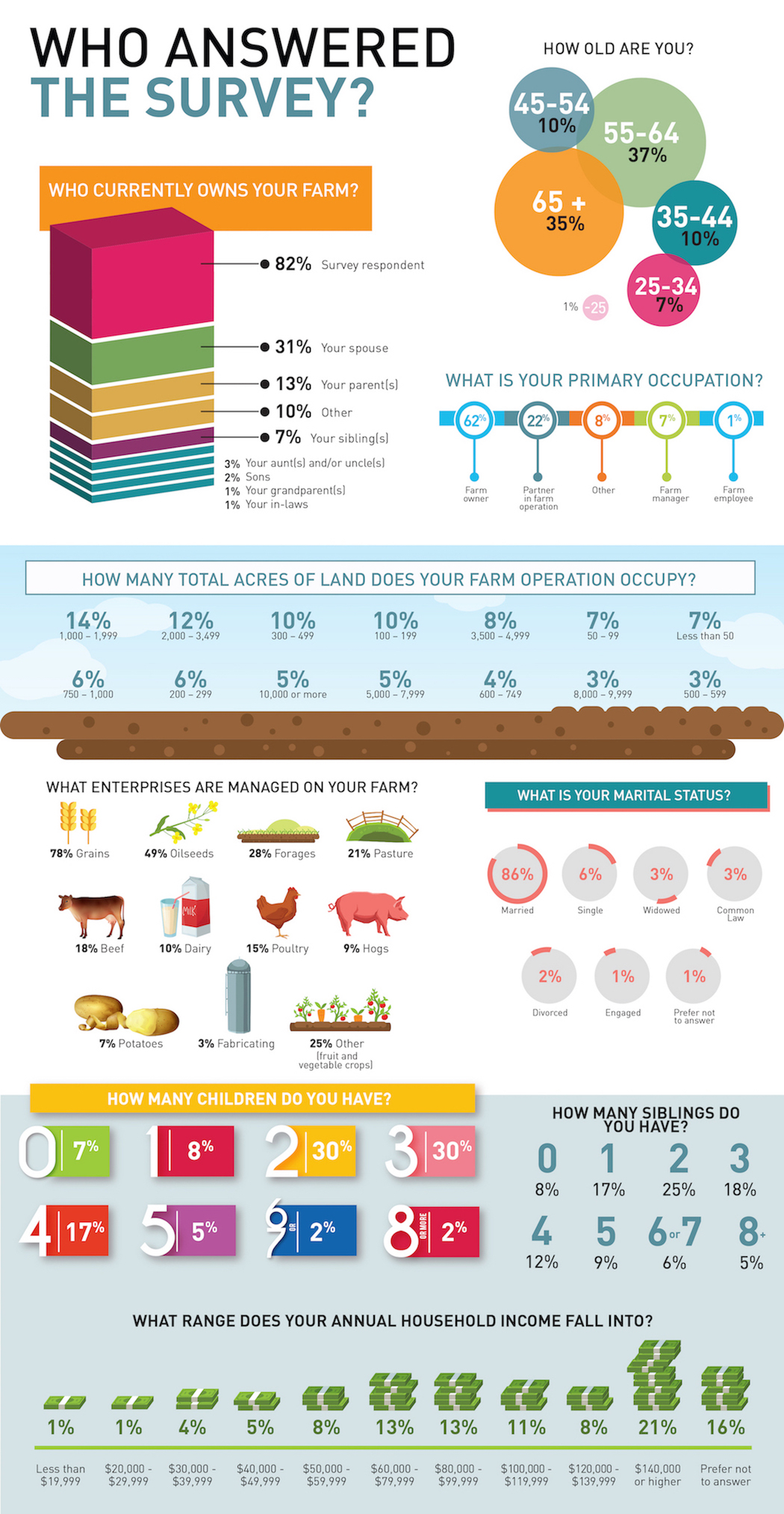 To better understand the results of the Ag Succession Survey, it’s important to understand who answered the survey.
The Ag Succession Survey is a survey conducted by Top Crop Manager, Fruit and Vegetable, Canadian Poultry, Manure Manager and Potatoes in Canada – the agricultural magazines published by parent company Annex Business Media. Throughout the months of February and March, the publications polled their readers to find out their opinions on their succession plans and the future of farming in Canada. Throughout the month of June, survey spotlights have been shared based on the responses collected from 460 readers.

The typical size of operation for survey respondents was between 1,000 to 1,999 acres. The second most popular acreage was between 2,000 to 3,499 acres. While thousands of acres dominated the top two results, the third and fourth most popular option were between 300 and 499 acres and between 100 to 199 acres. Overall, there was a lot of variation in farm size.

In transition planning where family dynamics can become a barrier in discussions, a majority of survey respondents are going through the process with either siblings or children in the mix.