A research project in southwestern Ontario exploring the benefits of strip tilling is showing promising results in better managing fertilizer and improving crop yields by ensuring the fertilizer stays where it is most needed – with the plant. 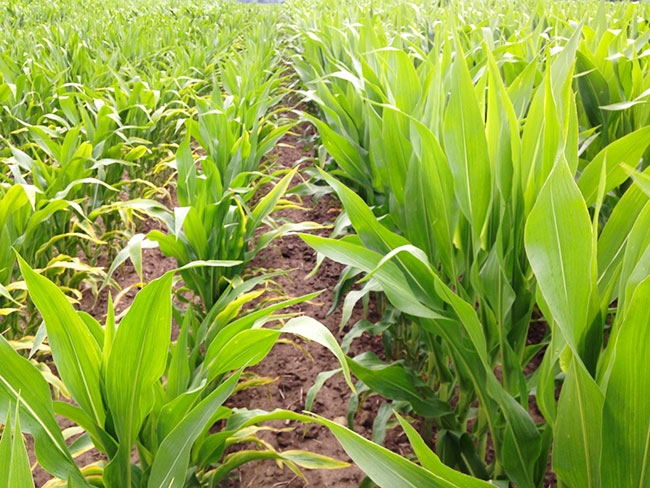 So far the trial results show it is important to have phosphorus available to the crop during early growth stages. A research project in southwestern Ontario exploring the benefits of strip tilling

“We started in the fall of 2015,” he says. “In 2016, we collected yield data; we’re now in the second year and we’re generating additional information, so we’ll have data from this fall as well.”

The project started to find a better way to deal with phosphorus, to reduce any off-target movement to lakes and to keep it economical while still maintaining, or even increasing, crop yields. While strip till has been around for a number of years, farmer uptake has been slow.

“Is it not promoted enough? Is there not enough research to see what the answers are?” Johnson asks. “This study should address issues of phosphorus and maintaining yields. The agriculture sector needs to investigate.”

Big win potential
Strip tillage has the potential to be a big win for growers, agriculture-related businesses and the environment.

“We’ve done tillage for 10,000 years, since we domesticated wheat,” Johnson says. “We do it to manage moisture, deal with residue and control weeds. The problem with full-width tillage is it is costly and it is causing erosion problems that increase phosphorus movement as well as burning up organic matter.”

However, switching to strict no-till practices is a challenge.

“We struggle to replace fertility removed in the crop in a no-till system,” he says. “With today’s yields, we can no longer put enough on at planting to replace what we remove. Strip till addresses this issue.”

The project
Strip tillage, also called zone tillage, is the process of building zones where soil is loosened and blackened in a strip. Typical zones are six to eight inches wide and four to six inches deep.

Johnson shared preliminary results of his research project on the benefits of strip tilling at the SouthWest Agricultural Conference this past January. Since then, a few ideas have solidified as the team – which includes Veritas’ Aaron Breimer and Jason Van Maanen – sorts through the research results.

“Initial data shows up to a 25 per cent increase in available soil phosphorus in the strip versus the growers’ conventional system,” Johnson says. The key, based on the trial results, is to have the phosphorus available during early growth stages.

On the downside, with reduced tillage, the availability of potassium becomes more of an issue.

“If we’re going to go this route, we also need good potash levels in the field,” Johnson stresses. “Potash is a key component as soon as your reduce tillage. While we knew this was a concern, the impact was surprising.”

The bottom line, however, was very positive: final yield of the strip-till trials was plus or minus two per cent. “I’m ecstatic,” he says. “That equals a positive environmental impact and decreased workload in the spring.”

However, he adds, “Keep in mind, that’s only one year of data on nine locations, but that’s a huge win nonetheless.”

Another win is that the strip-tillage method looks very positive, since farmers are not increasing the amount of soluble phosphorus available for off-target movement during the winter months.

“There was concern we would see an increase in the water extractable or soluble phosphorus in plant residues, but that does not appear to be the case.”

So far the trial results show it is important to have phosphorus available to the crop during early growth stages.

More lessons learned
Another lesson flowing from the project relates to the timing around when to refresh strips.

“We’ve learned refreshing strips in the spring can be negative, especially on heavier clay soils,” Johnson explains. “In those cases it is better not to refresh. However, a field with loam soil that was not refreshed turned out to be a mistake. Each situation needs to be assessed individually.”

While strip tilling isn’t a completely new tool to farmers, Johnson says they are still learning to make the system work.

“While we are focussed on phosphorus management, clearly potash is also part of the equation,” he says.

Another part of the equation is whether strip tillage works with cover crops. Johnson gets a lot of questions about cover crops and says if producers strip through a cover crop early and build a good strip, the cover crop can grow and protect the strip without impacting the crop grown the following year.

Moving forward
With the first year of data looking promising and the second year of data on the way, the team is now trying to decide if they can find the wherewithal and funding to run the trials for a third year.

“We’ll continue to work with growers to fine-tune strip tilling,” Johnson says. “We’re definitely on the right track to manage phosphorus. We’re going to figure it out, so you can be the 240-bushel-per-acre corn grower, replace the phosphorus and not have the lake go green. Strip tilling gives us the opportunity to apply fertilizer at removal rates and still do it with an environmental conscience.”