Researchers say wild crop relatives are at risk in Canada. 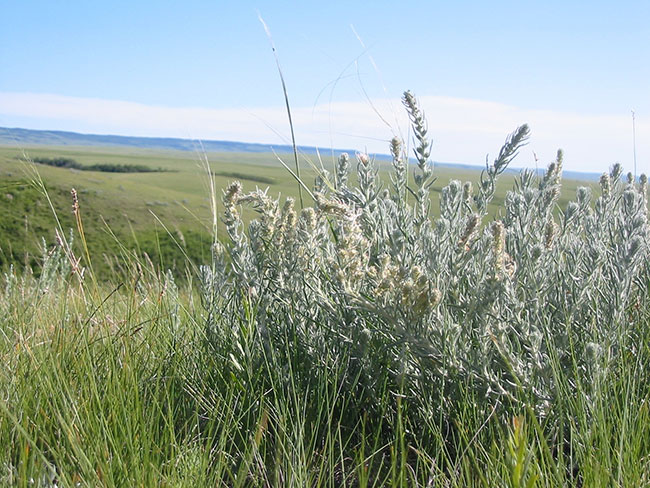 A researcher at Agriculture and Agri-Food Canada’s Swift Current Research and Development Centre in Saskatchewan says some of Canada’s native plant species are at risk of dying out – but these species have a lot to offer plant breeders and farmers in Canada.

Michael Schellenberg, a range and forage plant ecologist, has spent much of his career studying neglected forage perennials in order to restore perennial plant communities.

“Grasslands are one of the most endangered habitats in North America,” Schellenberg says. This is partly due to the infringement of invasive species, he says, but it also has to do with massive changes in the landscape due to conventional agriculture.

Some of these non-native species are conventional crops that have economic value. But many are major pests of agriculture that also displace native plants.

“Some invasive species, like leafy spurge or downy brome, are a major issue in some places. South of the border, the latter has devastated large tracts of native range,” he says. “These species invade and change the environment – including the soil environment.”

Schellenberg, with AAFC research scientist Axel Diederichson, is the co-author of a chapter in North American Crop Wild Relatives that reviews the potential of native rangeland plants or weeds to be used as genetic resources in breeding programs in Canada. 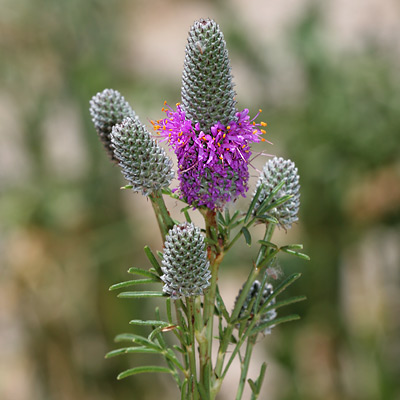 However, the authors note that only a few native species are crop wild relatives of major agricultural crops. One example is species of the genus Helianthus L., which are related to sunflower.

It’s for this reason that Canada’s major field crop breeding programs do not tend to explore the genetic potential of native plant varieties, says Schellenberg; even though they often incorporate resources from wild types, that plant material is usually sourced outside Canada.

It’s for this reason that Canada’s major field crop breeding programs do not tend to explore the genetic potential of native plant varieties, says Schellenberg.

“Canada is not unusual in this,” he adds. “Worldwide, compared to the species available, a very few plant species are utilized for crops. The plants that are of major production interest – those are the ones where you get the work done.” 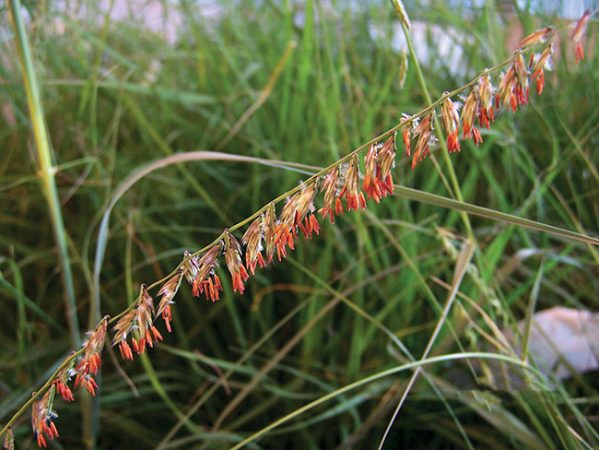 Despite this, Canada is home to vast genetic resources that are worth preserving. Many native Canadian plant species have importance for food and agriculture, says Schellenberg.

The program attempts to find the best combinations of native and non-native forage species to improve forage and grasslands across the Prairies.

He works with Prairie clovers, which tend to have health benefits for grazing animals, as well as winterfat, a fall-grazing food protein that also improves the digestibility of lower-quality forages.

Other crops in the roster include Prairie sandreed, rough fescue and blue bunch wheatgrass. Schellenberg’s program is close to releasing the latter variety, he says.

Most of the crops he works with are perennial plants rather than short-season crops, but Schellenberg says there are native annual plants that have the potential to be used as cover crops in the shoulder seasons.

One challenge is that trends in cover crop use follow seed availability; if there is no seed, producers can’t use native varieties as cover crops. It takes five to six years to get seed up to production levels, he says; meanwhile, seed suppliers in are happy to meet demand with non-native species. But Schellenberg says there’s growing interest in sourcing native material over introduced species, which is a hopeful sign.

“And if you talk to producers with native rangeland, they identify the key role that those grasslands have to their production system and rely heavily on native grasslands for fall grazing because they recognize there’s potential there. And cover crops are being used to bring cattle back on annual croppers’ land to improve the nutrient flow,” he says.

When it comes to preservation of genetic resources of native species, Schellenberg sees less to celebrate.

Canada’s national seedbank is called the Plant Gene Resources of Canada. Located in Saskatoon, the PGRC’s mandate is to “acquire, preserve and provide access to genetically diverse plant material (germplasm) of cultivated plants and their wild relatives with an emphasis on germplasm relevant to Canada,” according to its website. 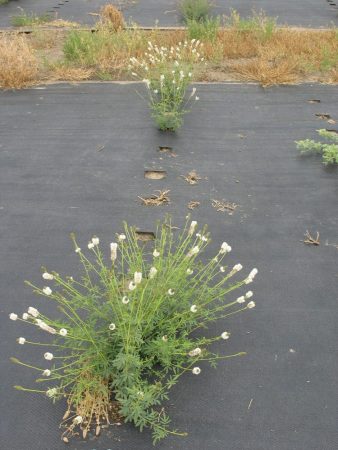 The material in the genebank is available for research and plant breeding, Schellenberg says.

“The PGRC has the capability of preserving native species, but the problem that goes along with collections is the need to make sure that your seed stays viable,” he explains. “What we’re doing at Swift Current is taking that material and reproducing it before it dies. We’re also attempting to collect and identify some of those key species that will make contributions to agriculture.”

Schellenberg believes Canada has a valuable resource in our native plant species and communities, and we need to pay attention to these before they disappear.

“Those acres of native communities are shrinking. We need to capture what we can before it’s gone,” he says.