For all that machines can do, a soil science study underway in Elora, Ont., may be proving that farmers’ intuition is irreplaceable. Initially undertaken to observe the long-term impact of nitrogen on soil characteristics, Dr. Bill Deen of the University of Guelph says year-to-year variation in optimal nitrogen rate has become an interesting secondary aspect of the project. Although there have been other studies that have reported large differences in economic rates of nitrogen for corn, he says this study is the only one he knows of that isolates weather’s effect on nitrogen requirements as well. Unencumbered by management changes, it is clear weather greatly impacts nitrogen system dynamics.

“I don’t think that’s any big surprise,” says Deen, “but I think it just demonstrates the challenges that a farmer has. The farmer has to predict what is going to be the optimal nitrogen rate required, do that each year, and it’s going to vary quite a bit.”

The primary objective
Deen partnered with the International Plant Nutrition Institute (IPNI) in 2008 because data at that time appeared to indicate farmers were exceeding nitrogen requirements. He vividly remembers that farmers offered many reasons for this behaviour, but one reason stumped researchers like himself.

“Farmers would say, ‘If we change our nitrogen regime by reducing the rates, what happens to productivity of the soil?’ ” Deen recalls. “We never really had a good answer or good data that shifting nitrogen rates could impact long-term productivity.”

Inspired, Deen designed a complex 10-year study which sought to not only identify the most effective long-term nitrogen rates on system productivity, but also assess sidedress versus pre-plant application and identify the annual optimum rate of nitrogen. Fertilizer treatments were first imposed in 2009, duplicated so that the same application rate and timing combination is applied on some plots for all 10 years and variable rates (0, 28, 57, 115, 188, and 230 kg N/ha) were applied on plots which received a uniform 145 kg N/ha rate the previous year on other plots. Continuous corn requires primary and secondary spring tillage, as well as annual incorporation of fall fertilizer applications, plus a consistent starter blend to eliminate any impacts as a result of management practices. This coming spring, the halfway mark in the trial, will finally offer the first insights into any long-term effect on soil carbon or aggregate stability.

Secondary findings
Meanwhile, the wide reach of data pouring in from the study is offering some unexpected results. With five years of data collected so far, Deen says the variation of the optimal pre-plant nitrogen rate now ranges from between 145 kg/ha and 250 kg/ha. “What’s remarkable about this is, this is a nitrogen rate that is determined on a field where the soil is essentially the same; it’s essentially the same management, and the primary thing impacting this variation from year to year is weather conditions,” he explains. He says the data is also telling him that there is absolutely no effect of previous nitrogen rates on current crop nitrogen responses. So, he adds, farmers who expect very little residual nitrogen from a previous wet year can actually expand that assumption to include all years offer no residual nitrogen.

“You can assume any nitrogen that’s in the system after the corn is harvested is essentially lost somewhere through some nitrogen process,” Deen says, emphasizing the significant challenge the weather poses to farmers trying to apply nitrogen. “There’s going to be an impact before application but there may also be an impact after nitrogen application.” Of course with nitrogen’s mobility characterisitics, it is precipitation more than temperature to look out for. Deen says he’s come to consider weather at three critical periods which include pre-sidedress application, post-sidedress application, and during grain fill. “Weather affects crop yield and ultimately crop nitrogen demand,” he says, and based on the data he’s amassed so far he adds, “I would argue that the effect of the weather on crop nitrogen demand occurs largely after we apply nitrogen.”

Looking further into the relationship between crop nitrogen requirement and annual precipitation during grain fill has produced some unexpected conclusions. “If I take all of the high nitrogen rates, look at yield over the five years, and then look at whether those yields are related to growing season precipitation, I find about 75 per cent of the yield variation is explained by precipitation differences,” Deen estimates. He says that, using long-term research station data, one of his students not only confirmed this observation but also found the phenomenon is relatively new. Where the data shows no correlation between yield and precipitation in both the ’80s and ’90s, starting in the 2000s, a strong relationship between high seasonal rainfall and high yield emerged.

“We’ve eliminated a lot of the other constraints in the system and now increasingly, moisture is constraining the system,” Deen theorizes. “If that’s true, it really makes prediction of nitrogen requirements in corn more complicated.”

Farmers used to be able to predict the nitrogen demand of their crop based on past yield performance, but annual variation now makes this unreliable. Deen says nitrogen in the system fluctuates so much for so long after nitrogen application that his research shows little correlation between yield and pre-sidedress application nitrate test results. With so many changing variables, farmers can’t possibly guess the optimal application rates without some help and Deen thinks nitrogen modelling may be a solution.

Computer simulated suggestions
Deen has been discussing his observations with Derek Hunt and Shabtai Bittman, researchers based at Agriculture and Agri-Food Canada’s office in Agassiz, B.C. Hunt and Bittman are working on a computer modelling program named NLOS, which is designed to help analyze all the variables that affect soil nitrogen and predict the nutrient’s response. “Basically each farmer can put in field-specific information and the model automatically collects weather data on a daily basis so you can see what’s going on with your crop,” Bittman says.

This style of modelling program is unique in that it combines two rare features. First, it uses real-time data, uploaded from the weather station of the user’s choice, instead of year-old data. Second, it uses a visual modelling language based on simple diagrams and pull-down menus. These features are meant to make the program user friendly and adaptable to local needs and knowledge, and Bittman believes the program will ultimately gives farmers the ability to predict how much nitrogen is in the soil at any given time, what depth nitrogen has moved to in the soil profile, what form (ammonium or nitrate) it is available in, how much has mineralized, what days nitrous oxide is being emitted and much more. It is a way of making a machine think like a farmer and keep track of all the variables a human brain can’t compute.

“Any time you make a decision on a farm, you have to take into account all these things you know about the field, about the crop, about the weather, and any type of decision being made is a conceptual model you run in your head,” Bittman says. “If we want to do a better job, in terms of economics and the environment, then it’s not enough to just think intuitively, we need to think more quantitatively. ”
Like any model however, the information output is only as good as the information input. Bittman says soil water-holding capacity, bulk density, texture and other soil characteristics need to be assessed properly at initial set up, for every field entered – not something all farmers are well-equipped to do. They also may not see value in simulations that can’t be clearly measured but only verified over time using indicators. Since the model can only project nitrogen behaviour, other farmers may not feel the information gained justifies all the effort required. But he says it can be fine-tuned by the user to ignore aspects of unimportance. “As you learn new things, as you have new data, new questions, new experiences, you can change it,” he says. Once users become adept with the program, these same settings can be used to focus in on problem areas.

“You may get decent results, but it could just be by luck,” he says. “There’s not one moment of eureka, but a gradual learning process and, in understanding a system, that’s what needs to happen.”
Bittman believes modelling offers researchers like Deen a useful tool but also sees where the program can fit with peer advisory groups. In his interactions with farmers using the trial program, he has noticed discussion become far more specific. No longer does he hear “the yield was a little higher;” instead he hears “50 kg of nitrogen taken up” to explain the merits of a new management technique. This is where he and Deen share a vision on the most potential benefit of adopting modelling on farms.
“The idea here is to integrate the mind and the machine,” he says. “The more a farmer uses the software to explain what’s going on or clarify some of his own intuition, then the man learns from the machine and the machine learns from the man because the software gets better as we put more information into it.” 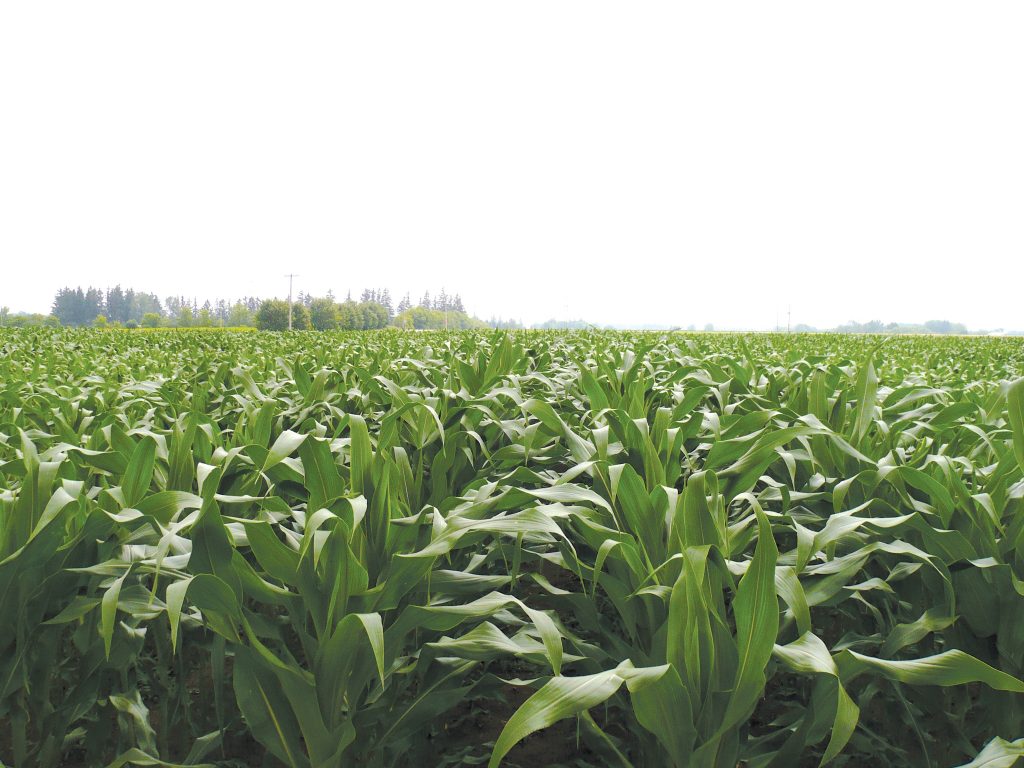 Dr. Bill Deen partnered with the International Plant Nutrition Institute in 2008 for a 10-year study to determine the most effective long-term nitrogen rates. Autosteer. Voice command. Unmanned aerial vehicles. Although a future where machine trumps farmer is conceivable