According to Joanna Follings, cereals specialist for the Ontario Ministry of Agriculture, Food and Rural Affairs (OMAFRA) based in Stratford, Ont., stand establishment problems in winter wheat tend to happen depending on the year.

In 2015, Ontario producers saw excellent fall conditions for planting, and most got their crop in early, so plants were well established going into the winter.

In 2014, producers weren’t so lucky: a wet fall meant delayed planting, and to make matters worse it was followed by a cold winter. Many producers experienced problems with winter survival.

“It can be a challenge for growers to get out in to the field in a timely manner,” Follings says.

Peter Johnson, an agronomist with Real Agriculture, is currently working on studies examining the impact of soil type, seeding rates and seeding dates on stand establishment.

There’s a growing body of research pointing to agronomic methods that can improve stand establishment in winter wheat even in bad years, Johnson says. This year, he and technician Shane McClure wrapped up a three-year “seeding rate by seeding date” interaction study, and the data should be available soon.

But Johnson says it’s clear that the earlier producers seed, the lower their seeding rate can be. The later they seed, the higher the seeding rate should be in order to maximize sunlight interception.

“Once you’ve moved past optimum seeding date, my standard recommendation is to increase seeding populations 100,000 plants per acre for every five days past that optimum date.”

If producers are starting with high quality seed with good germination rates, good vigour and low levels of pathogen infection, and they’re putting seed into a system with good seed-to-soil contact and using appropriate seeding rates, Turkington says the impact of seed treatments will be limited.

“Where we’ve seen seed treatments are a real benefit is when seed-borne disease, diseases that will impact germination, seedling growth or stand establishment, or diseases like smuts, are present in a field,” he says.

Turkington’s work was all done in Western Canada, but Johnson says similar results have been seen in Eastern Canada. “If you’re seeding into ideal conditions from a stand establishment point of view with no disease pressure, you may not see the benefit of seed treatments,” he echoes. “But if you get bunt in your wheat crop, that’s 100 per cent crop loss. For $3 per acre of seed treatment, or even $5 per acre, whatever that premium is, we can’t afford to take that risk.”

Johnson recommends every producer use a good fungicide seed treatment. Insecticide on the seed isn’t needed everywhere, but is more regionally isolated according to soil type and insect pressure. But he feels fungicide seed treatments are essential, even though they don’t always increase yield. “If I get dwarf bunt or common bunt in the crop, the grain comes out of the field smelling like rotten fish. The industry simply won’t accept it. That risk is simply too high,” he says. 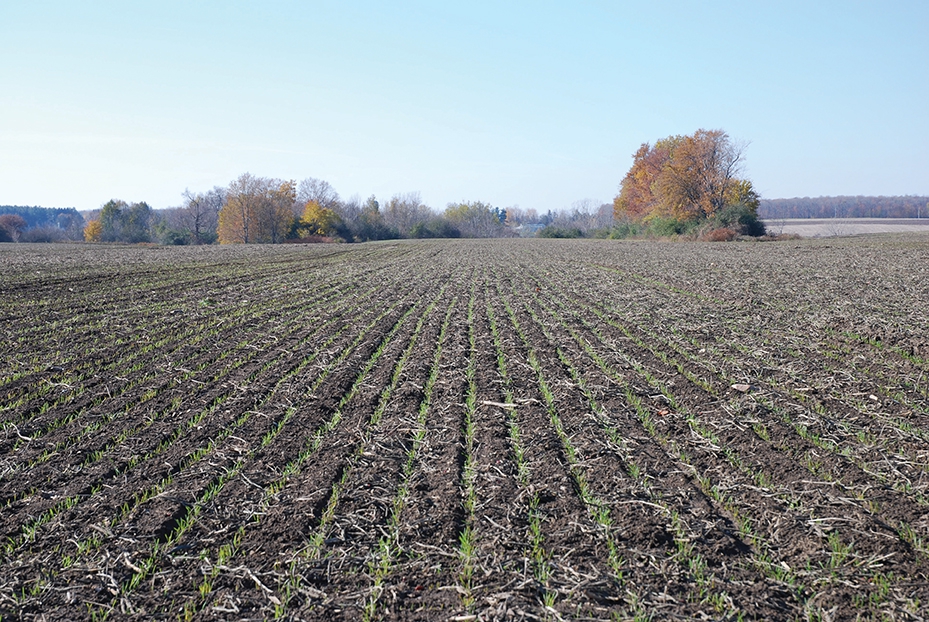