Yet will not streamline registration process. 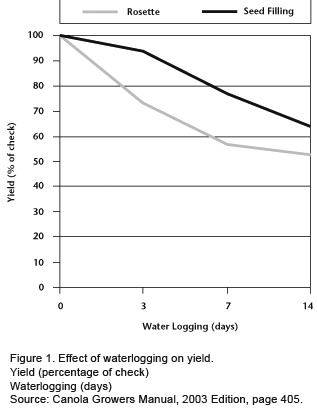 At first glance, the new NAFTA label program brought into effect early in 2007 may not appear to do much for growers immediately, yet on closer inspection, growers will be the biggest beneficiaries. On January 31, 2007, the Pest Management Regulatory Agency (PMRA) and the Environmental Protection Agency (EPA) in the US granted simultaneous registration for the first pesticide under a new NAFTA labelling program. The inaugural product was triallate, a pre-emergence herbicide for control of grass weeds in field and pulse crops. In Canada, it is sold as Avadex MicroActive herbicide and as Far-GO herbicide in the US.

Growers stand to benefit most from the new NAFTA labels that will be applied to existing products first, before moving on to new formulations.

The registration announcement was the culmination of a decision made in December 2005 by the NAFTA Technical Working Group on Pesticides to explore options for developing such labels. A task force that included growers, industry representatives and government interests was established to speed the process. Since announcing the first label, two more products, zoxamide plus mancozeb (Gavel) and fomesafen (Reflex) have been approved. Gavel is a contact fungicide used primarily in the viticulture and fruits and vegetables sectors to combat downy mildew, among other diseases. Reflex is well known to Ontario growers for its activity on broadleaf weeds in soybeans and edible beans.

The question arises of whether this new joint labelling registration might speed the process of accessing new chemistries and bringing products already registered in the US to Canada, and the quick answer is ‘no’. Although the initial process has been slow, it will enable growers to access existing chemistries on either side of the border, and with the currency favouring the Canadian dollar late in 2007, growers can purchase the formulations where it helps their bottom line most.

This does not accelerate the acceptance or harmonization of US data to speed the registration process in Canada.

Much of the differentiation on the label, other than crops and pests not relevant to the other country, is based on the way each government has historically developed various terminology and interpretation of data, relative to the need for risk mitigation.

These are the label statements that specify protective equipment, hazard phrases, buffer zones and other precautions listed on the label. Those are reflective of how particular data are interpreted.

“The only differences we were having between Canada and the US, and we still do have, is that we get the same data but sometimes we interpret it a little differently,” explains Neilda Sterkenburg, head of the science co-ordination section of the PMRA. “In the US for example, they’ll come up with one level of hazard labelling for a product, where Canada will come up with another. And that’s because we establish our own different toxicology cut-off points to determine what the hazard symbols will be.”

Sterkenburg acknowledges that at present, the NAFTA label is only registering existing products. However, the reaction of the industry will dictate much of how it will move towards registering new products. “We have to remember that it’s new for us from the regulatory perspective and it’s new for industry, it’s a new approach,” says Sterkenburg. “Users certainly want to see more NAFTA labels, there’s no doubt about that, so we’re certainly going to see more NAFTA labels and right now, we’re really in our infancy.”

Looking down the road
As vice-president of chemistry at CropLife Canada, Peter MacLeod agrees that growers will be the biggest winners with the NAFTA labelling program. And he sees enormous potential for both existing and new products taking place. “In addition to the three already registered, there are about 20 more that are in some stage of development, including three or four new active ingredients, so it’s looking back retrospectively, but also looking forward,” says MacLeod, noting it could also help with minor adjustments which can be a huge impediment for growers in Canada.

“You could have an identical product and next year the US could change the formulation, then we apply for it in Canada to keep that harmonized product label. But if Canada takes a year for that process and the US takes two months, you’ve broken that NAFTA label, so it may identify some of those things from a process standpoint that will help speed up things that occur after the first registration,” adds MacLeod.

The other significant benefit MacLeod sees is with inventory management, particularly in movement across the border as opposed to across the country. “If you have a product that was used on raspberries in British Columbia, it’s going to allow companies to place products in the area that they’re used, regardless if there’s a border,” says MacLeod, referring to movement of product from Washington State to British Columbia or Maine to New Brunswick, instead of waiting for shipments from Ontario. “It’ll be one product and they’ll be able to ship it wherever there’s the need, so it will allow some logistical easing for companies.”