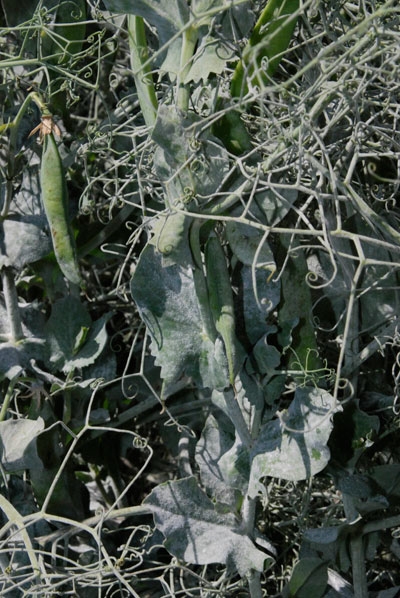 Vertisan fungicide controls powdery mildew in pulses and could be brought to Canadian growers sooner because of a streamlined global registration process. Global co-operation means Canadian growers are getting access to new active ingredients in crop protection products sooner.

In the past, Canada, the United States and other countries have individually sorted through the mountain of data submitted by a company to support the registration of a new product. “If it were all printed out, the dossier from a new product submission could easily fill the back of a pickup truck,” says René Petroski, senior registration product manager at DuPont Crop Protection.

The old system amounted to each country doing the same work many times over. Things have changed. Petroski and his team recently submitted a registration bid for Vertisan, a new fungicide for a number of crops, including pulses and canola, through the Organization for Economic Co-operation and Development (OECD) workshare program. The OECD is an international organization with member countries such as Canada, the US and the European Union, among many others. Petroski also worked on the team that submitted the first-ever product through a global workshare program, DuPont Coragen insecticide.

A global registration enables countries to share the workload. The Pesticide Management Regulatory Agency (PMRA) here in Canada, the Environmental Protection Agency (EPA) in the US, and other national agencies, divide up the jobs that go into evaluating a new product before it can be registered for use. “One country will take the lead on environmental toxicology,” says Petroski. “Another will study which pests are controlled. They agree that if they each review under a certain set of parameters or standards, they’ll accept each other’s work.”

It is a system that involves mutual trust and cuts down on the workload. Plus, the process is better defined. It takes a lot of co-ordination for a large number of teams to work together and stay on timelines. “From a Canadian perspective, our growers are seeing big benefits to this way of getting new active ingredients registered,” says Petroski. “For instance, we end up with a lot more crops on the Canadian label than we otherwise would when a product is first commercialized.”

What might be a crop with a limited number of acres in Canada could be a major crop elsewhere where that country takes the lead in trial and testing legwork. The global registration makes it possible for a company to add more crops to the initial label.

There are also big benefits in terms of trade. Many countries tend to set their own maximum residue limits (MRLs). MRLs can become trade barriers because they can vary from country to country. Countries will block imports if the residue on a crop exceeds the local MRL standards. It has become so important for trade that DuPont has an expert whose sole job is to stay on top of MRL specifics, worldwide.

Countries are satisfied because each one gets a complete data package. Everything that Australia gets, Canada gets. There are large parts of the package that are common to all countries. It is just that the massive job of reviewing all the data is shared between the different countries.