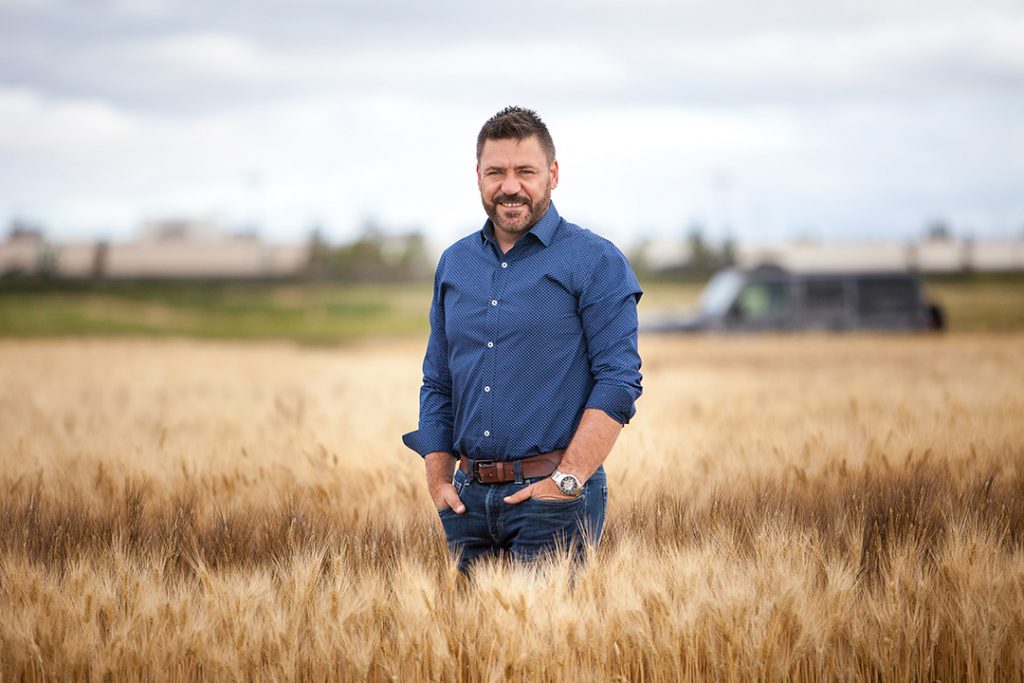 Curtis Pozniak, newly appointed director of the Crop Development Centre at the University of Saskatchewan. Photo courtesy of Christina Weese.

Curtis Pozniak, plant geneticist and wheat breeder with the Crop Development Centre (CDC) and the Ministry of Agriculture Strategic Program (SRP) chair in durum and high-yield wheat breeding and genetics, has been appointed the new director of the CDC at the University of Saskatchewan. He will begin a five-year term on July 1, 2020.

For nearly 50 years, the CDC has remained dedicated to improving economic returns for farmers and the agriculture industry of Western Canada by enhancing existing crops, creating novel uses for traditional crops and developing new crops.

“The CDC has been remarkably successful, releasing more than 450 new crop varieties and contributing significantly to the agricultural economy of Saskatchewan and Western Canada,” Pozniak said. “As the new director, I will continue to work with our funders, partners and producers to advance our core vision to be the premier field crop breeding organization in Western Canada.”

A faculty member of the College of Agriculture and Bioresources since 2003, Pozniak received his Bachelor of Science in Agriculture in 1999 and PhD in plant genetics and breeding in 2002 from the University of Saskatchewan.

“Curtis has provided our producers with numerous popular varieties of durum wheat and been a leader in global science breakthroughs such as cracking the wheat genetic code,” said Mary Buhr, dean of the College of Agriculture and Bioresources. “We are thrilled to have such an exemplary CDC researcher take on this important role.”

Pozniak leads an extensive research program and has released 15 new varieties since 2003. He is a recognized leader in application of wheat genomics to cultivar improvement with more than 140 research papers published in peer-reviewed journals, including in the prestigious journal Science.

Pozniak will replace Pierre Hucl, who has served as interim director since January 2020.