Most nitrogen-fixing bacteria in commercial soybean inoculants originate from subtropical regions, just like soybeans themselves. But are subtropical inoculants really the best choice for Canadian soybean production? Recent research shows some native Canadian bacteria are much better nitrogen fixers for our short-season soybean cultivars. 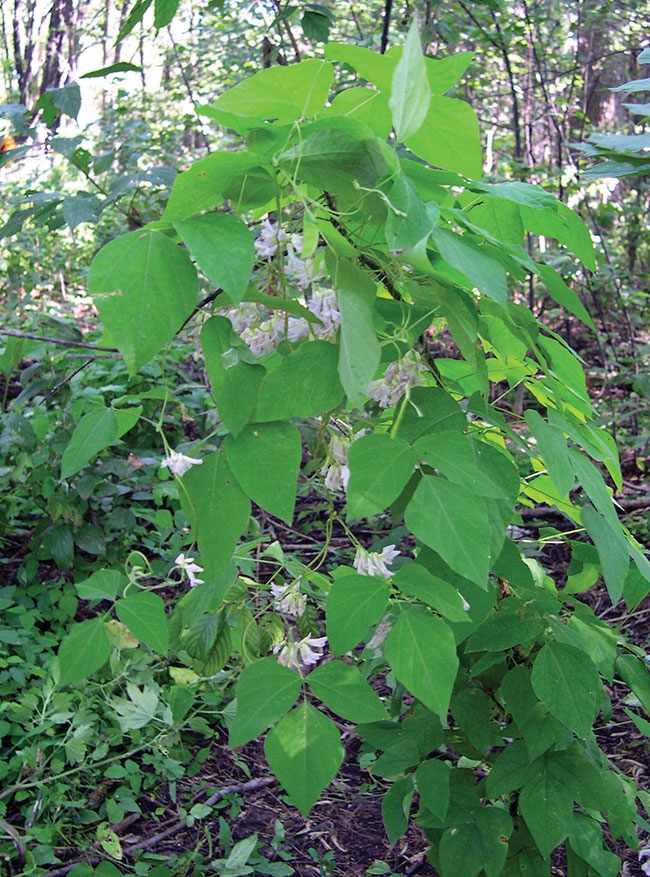 “Symbiotic bacteria have the ability to form swellings called nodules on soybean’s roots and to fix nitrogen from the atmosphere and convert it into nitrogen compounds that can be used directly by the plant. This process, known as symbiotic nitrogen fixation, enhances crop productivity while reducing the need to add nitrogen fertilizer to crops, which in turn minimizes negative impacts on the environment,” explains Eden Bromfield, a research scientist with Agriculture and Agri-Food Canada (AAFC) in Ottawa, who is leading this research.

“In northern growing areas, the onset of symbiosis may be delayed because of suboptimal conditions early in the season. Also the duration of nitrogen fixation is limited because of our short growing season. This can act as a constraint on soybean productivity.”

Bromfield hypothesized that nitrogen-fixing bacteria associated with native legumes in Canada are adapted to our short-season conditions so they might be more suitable than subtropical bacterial strains for nitrogen-fixing symbiosis with Canadian soybeans.

“Bacteria belonging to the genus Bradyrhizobium are the most common types of bacteria in soybean inoculants, and when I started this research, I knew there were a number of native legumes in Canada that associate with bradyrhizobia,” he says. “I didn’t know whether those bradyrhizobia would be capable of symbiosis with soybean.”

According to Bromfield, these four species are the only native legumes in the region that still have a fairly wide distribution; several others have become rare or endangered. He adds, “These four native legumes grow mostly in mature native woodlands, habitat that is disappearing fast. So it is a good opportunity now to sample the diversity of the Bradyrhizobium bacteria that these legumes are using and to
exploit that diversity for potential agricultural applications such as new and efficient soybean inoculant strains.”

Bromfield says, “We started this research by going out and finding native legume populations. All of them were growing in deciduous woodland areas with no history of agriculture. We sampled the soil around the roots of each of these legume species at multiple sites in Eastern Canada, mainly in Quebec. Then we prepared soil suspensions from these soil samples, and inoculated them onto two short-season soybean cultivars.” Some of the bacteria in those suspensions were able to form nodules on the soybean plants.

Next, Bromfield and his research group isolated bacteria from those root nodules, making more than 800 different isolations. For each of those isolates, the researchers sequenced six genes that are essential for bacterial survival and two genes required for symbiosis. Based on sequence analysis, they were able to identify the species of the bacterial isolates. They found a remarkable diversity of species. They discovered eight previously unknown Bradyrhizobium species as well as novel species in two other genera. They also found four known Bradyrhizobium species. Then, they inoculated each of these bacterial species onto short-season soybean cultivars and grew the plants in the greenhouse under controlled conditions to evaluate the ability of the bacteria to fix nitrogen efficiently.

“Some of these species were between one and three times more efficient with regard to nitrogen fixation than a widely used inoculant strain that originated from subtropical conditions,” Bromfield says. “So, some of them are highly efficient with short-season soybeans.”

Through this research, Bromfield and his research group have made several other discoveries that have scientific importance and could have direct or indirect relevance to agriculture.

He explains that the horizontal transfer of symbiosis genes has implications for the effectiveness of soybean inoculants. “When inoculated soybeans are grown in an area with existing bradyrhizobial populations in the soil, it may be difficult to find the original inoculant strain in the soil after the crop, except at very low levels. But sometimes some of the isolates that are identical to the inoculant strain are now inefficient [at fixing nitrogen]. The transfer of symbiosis genes from native bacteria to inoculant strains or vice versa is one explanation for this loss of efficiency and for the spread of either desirable or non-desirable genes throughout the bacterial populations associated with soybean.”

Another interesting finding is the discovery of a new set of genes for symbiosis. “We found a group of four novel species which possess novel nodulation and nitrogen-fixation genes . . . These species nodulate soybean plants but they don’t fix nitrogen, so they don’t have direct applications for soybean production.” They might turn out to have some other agricultural application, such as symbiosis with a different legume crop, or to shed light on symbiotic nitrogen-fixation processes.

“We also discovered that one of the novel Bradyrhizobium species possesses photosynthesis genes as well as nitrogen-fixation genes,” Bromfield says. “There is a very ancient lineage of bradyrhizobia that are photosynthetic and fix nitrogen, but they don’t possess genes required for nodulation in modern legumes. Instead, this ancient group nodulates a group of tropical aquatic legumes and forms stem nodules, which fix nitrogen as well as photosynthesize . . . Of course, root nodule bacteria in the soil can’t photosynthesize because there is no light below ground. But if you could get them to nodulate the stems [of modern legume crops] and photosynthesize to provide energy (sugars) for nitrogen fixation, you would have a potential win-win situation.”

Bromfield and his research group are at work on one of the next steps in this research, which is to formally describe, name and publish the novel species so that these species can be identified and used by other researchers and by inoculant companies. This work includes whole genome sequencing of each species. Bromfield has already published a new bradyrhizobia species that he discovered in the Ottawa area; it is very efficient at fixing nitrogen with soybean and is called Bradyrhizobium ottawaense.

A key next step is to test the novel species that were efficient nitrogen fixers in the greenhouse to see how well they perform under field conditions with short-season soybean cultivars.

The potential for some new, improved inoculants for Canadian soybean production is exciting. “We have identified Bradyrhizobium bacteria that are much more efficient than the widely used commercial inoculant strain that we tested. They are presumably adapted to short-season symbiosis under Canadian conditions because they were taken from native legumes that have evolved and developed under short-season conditions in the soybean-growing areas,” Bromfield says.


Related
Fixing nitrogen fixation in dry bean
Do you need to inoculate your soybeans every year?
Fixing soybean’s need for nitrogen
Finding answers to some practical questions about soybean rhizobia