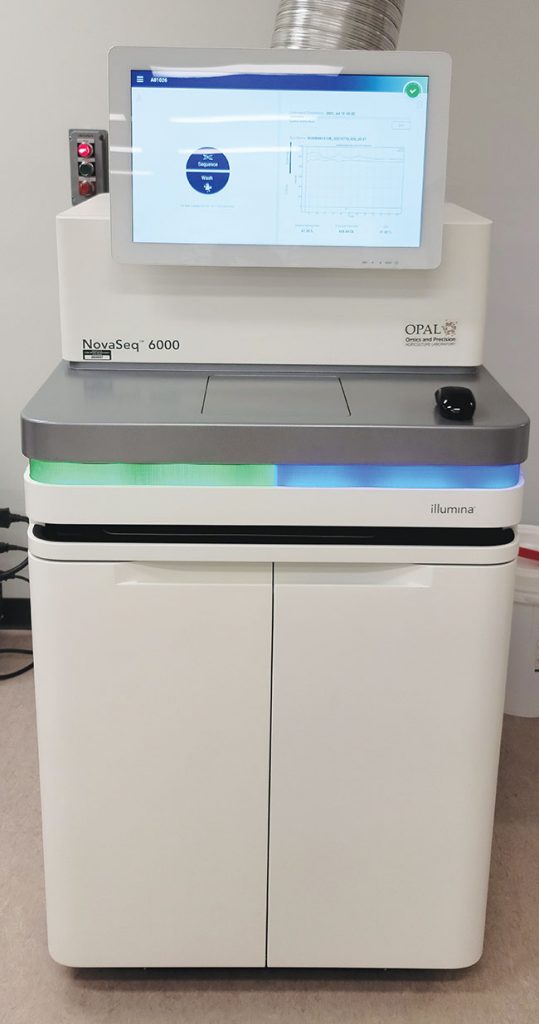 The Novaseq 6000, a genome sequencing machine, in the OPAL lab. All photos courtesy of GIFS.

A state-of-the-art biomanufacturing facility that promises to deliver innovations in agricultural research and plant breeding is set to open in Saskatchewan by the end of 2021.

The agricultural biomanufacturing platform, which is as-yet unnamed, will be hosted and managed by the Global Institute for Food Security (GIFS) at the University of Saskatchewan, and is funded in part by a $3.2-million investment through the Canadian Foundation for Innovation (CFI), with the remaining 60 per cent of funding coming from public and private partners.

Engineering biology, or synthetic biology, is an interdisciplinary approach that “uses engineering principles to analyze and apply biological processes to improve existing products or create new sustainable solutions for the entire ag and food ecosystem,” according to GIFS.

Webb says the engineering biology centre will serve research needs across many industries. Within agriculture, it promises to help accelerate breeding efforts with the University of Saskatchewan’s Crop Development Centre in order to get better varieties into farmers’ hands much more quickly.

The centre will combine GIFS’ genomics, data management and analytics capacity through its Omics and Precision Agriculture Laboratory (OPAL) with a biomanufacturing platform, which uses robotics to manipulate DNA, RNA and proteins, a metabolomic suite to look at secondary metabolites and small molecules, and a proteomics suite to measure protein structure and function.

“The lead time on ordering equipment is about six months, so we’re probably seeing the full suite buildout within two years – but the goal is to be operational and drive research projects by the end of this fiscal year.”

Webb says the centre is projected to require 10 hires; the positions, which require specialized technical expertise, will be advertised nationally and internationally. But it will also provide training opportunities for many Canadian researchers.

“One of the things that I think is exciting is the training opportunity – it’ll make Saskatchewan the agriculture and food research node for the Canadian network and will help to build partnerships and collaborations around the world,” he says. 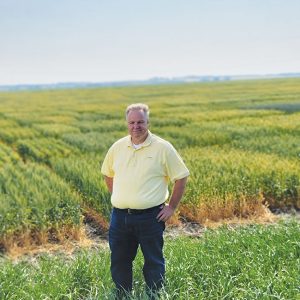 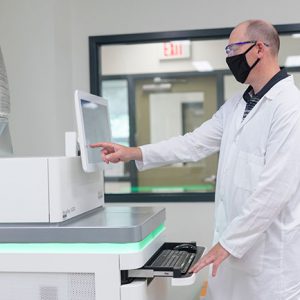 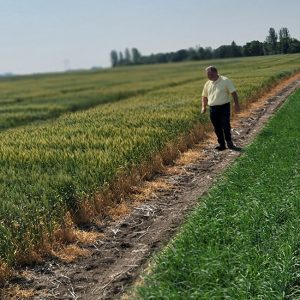 Applications in plant research
The CFI funding application to open the engineering biology centre was initiated in 2019 by Tim Sharbel, a professor in the University of Saskatchewan’s college of agriculture and bioresources, in collaboration with Webb. At the time, Sharbel was working at GIFS on research related to apomixis, or asexual seed production in plants.

Sharbel had spent two decades researching how apomixis, a naturally occurring process, could be harnessed in plant breeding to immediately “fix” desired genotypes and dramatically improve the efficiency of breeding efforts.

Most of his research has focused on boechera, a genus of the Brassica family and relative of canola.

“We now know all the genes required to make a sexual boechera into an apomix. The genes all make sense. The next step is a high-throughput CRISPR-Cas9 experiment that will introduce these genes into a canola plant,” he says. “Essentially, I’ve got all these genes but no way of testing them all.

“I’ve come to a bottleneck in my research.”

The solution, Webb informed Sharbel, was a biomanufacturing centre with the capacity to process huge amounts of data in a short period of time.

Sharbel isn’t the only researcher who has bumped against the limits of traditional avenues of research. The centre will be used by many scientists from the university, as well as researchers from across the country, says Webb.

“The biggest challenge for us is to combine individual requests from different project leads and efforts to maximize the capacity that we have,” he says.

At the same time, Webb doesn’t believe the centre will have to turn any applicants away.

“I hope we run into the problem of not having the capacity, but I can’t see that happening within the next five to seven years,” he says. “One of the challenges these platforms can have is whether they have enough business. The good news is that we have people who want to use the platform and pay for it.”

Besides Sharbel’s apomixis research, other efforts slated to enter the centre include projects focused on canola genomes – for example, understanding canola gene function and impact on plant performance under biotic and abiotic stress.

Another major area of research under the plant improvement umbrella at GIFS, which Webb says will also find a home at the engineering biology centre, is the relationship between plants and the soil microbial community.

“The centre will allow us to manipulate plants and microbes at scale at the same time. So, that will allow us to think about how to accelerate and build resiliency in the production system,” he says.

Yet another area of interest to the centre’s research partners is natural diversity in small molecules, Webb adds. The research will attempt to identify small molecules that can help manage plant diseases and insects “to avoid the use of synthetic chemistries – an organic approach to control,” he says.

“There’s a quote out there that the placement of any new crop into the field requires 15 years and 150 million dollars of research,” he says. “The reason is that it’s a very random process – you’re trying to cross all these traits and sometimes they don’t mix together and it really does take a long time. We really are only touching the surface in terms of crop improvement. Engineering biology enables us to bring that time down under five years.

“This is the logical step in how funding can lead to research success.”