In Canada, the Global Institute for Food Security (GIFS) at the University of Saskatchewan conducts research into transformative innovations in agriculture in both the developed and the developing world. 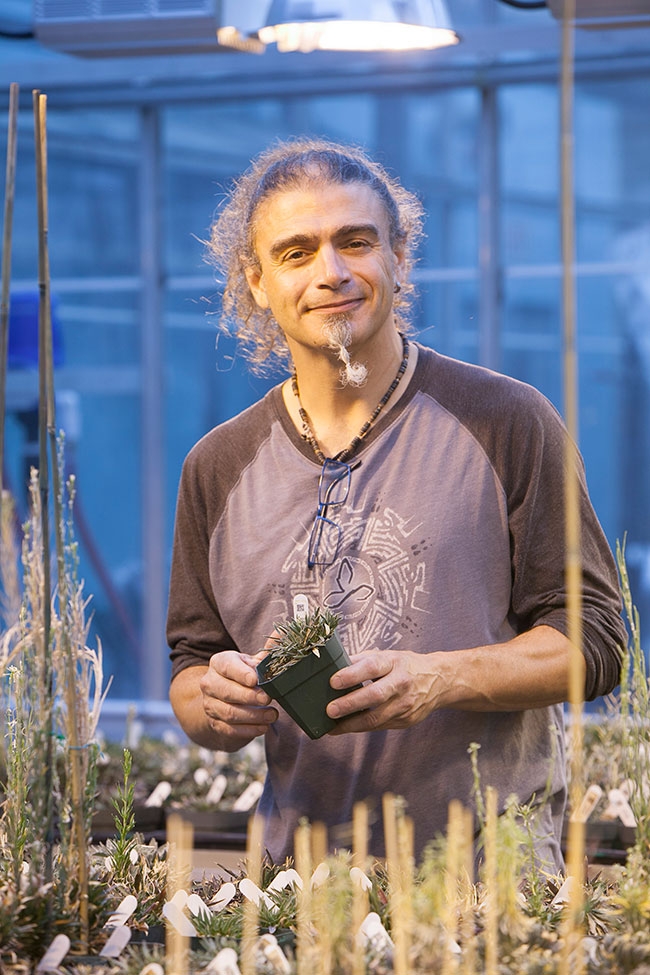 Apomixis is one of those transformative innovations their researchers are exploring to improve agriculture and help combat global hunger.

Asexual reproduction
Apomixis is a natural plant reproduction system where flowering plants reproduce seeds asexually without pollination. The plants that grow from these seeds are genetically identical, or are clones, of their mother plant. There are about 250 plant species currently known to reproduce apomicticly, including dandelions, Kentucky bluegrass, raspberries and blackberries.

Tim Sharbel, an internationally renowned plant scientist from Montreal who is currently serving as GIFS’ research chair in seed biology, is a leader in apomixis research. Prior to moving to Saskatoon two years ago, he spent a decade at one of Europe’s largest biotech institutes, the Leibniz Institute for Plant Genetics and Crop Plant Research, working to identify genes associated with apomixis for agricultural improvement.

The research
The ultimate goal of apomixis research is to make crop plants asexual. Working towards that, Sharbel and his team sample different individual plants from natural populations then analyse them using high-powered molecular genetic techniques. They do this to really drill down and understand what genes are expressed in sexual egg cells versus asexual egg cells.

“We look at the wild species and analyze them for individuals that produce through sex and through apomixis, then we try to identify the genes that lead to apomixis,” Sharbel says. “The plants look exactly the same; the difference really is in how these plants are producing their egg cells.”

There has been some success. Working with plants in the genus Boechera (rock cress), a wild Brassica and close relative of canola, Sharbel and his team have identified a couple of candidate genes that may underly apomixis, including one named Apollo.

“The idea would be that if we can identify the genes for apomixis in Boechera then we could apply them relatively quickly to Brassica,” Sharbel says. “We have transformed the Apollo gene into maize and Brassica, and in the next six months will see if it works to get proof of concept. We’re also working on Kentucky bluegrass and St. John’s wort trying to identify more candidate genes that we will try to transfer to crops to see if they induce apomixis.”

Implications
Apomixis research has many implications.

However, in crops like pulses, breeders haven’t been able to exploit heterosis because crossings are very difficult. And for farmers who try to create their own seed from F1 hybrid seed, they lose the uniformity, or heterosity, of their crops, forcing them to buy seeds every year.

“The idea that we’re working on is that if you could take that F1 population and then simply turn sex off and turn on apomixis then those plants would reproduce clonally from then on,” Sharbel says.

The positive for the seed companies is that they could get new varieties to market more quickly.

“The whole process of creating a hybrid takes a lot of time and investment for companies, and they face many challenges like genetic incompatibilities between parental populations,” Sharbel says. “In the end, they get one size fits all variety, with associated yield increases.”

However, if breeders are able to turn sex on and off like a switch, one could use sex to create genetic variability, put all the seeds into selective regimes (wet, dry, hot, cold, etc.) and identify the plants that grow best in those conditions. At this point one would then turn sex off and go to seed increase immediately.

“It takes an eight- to 10-year plan to breeding now down to two to three years,” Sharbel says, explaining that apomixis is a tool that could lead to a fixation of heterozygosity, and hopefully heterosis, in crop plants.

“Hypothetically you could exploit, and give value to, more of the world’s biodiversity. Cross plant X with some distant species, let meiosis and sex mix things up for you, throw the seeds out in some selective regime, and that could be temperature or light or whatever you want, choose the best phenotype that grows out of that selective regime, turn off sex and go to seed increase right away,” Sharbel says. “We could quicken the pace of the generation of new hybrid plants and we could potentially produce unlimited numbers of hybrid crops.”

That means crops could be bred for specific niches, or anything breeders wanted. Or, more specifically, breeders could develop canola for southern Saskatchewan and for northern Saskatchewan. “Right now, the same seed goes to all,” Sharbel says.

The most significant implication of apomixis for Sharbel is the access to more biodiversity for crop improvement. “There are a lot of farmers in developing countries who are locally breeding for genetics that are really good for that local environment, but the farmer can’t integrate into a larger breeding program,” he says. “If they have a suitable characteristic and we can turn sex on and off, we can invite the farmer to licence this and integrate into a breeding program.”

This, he says, gives power to farmer, levels the playing field and gives value to the world’s biodiversity by enabling it to be incorporated into crops. “It would completely change agricultural practices.”