News Sponsored
Does hemp have potential as a forage crop in east-central Alberta? 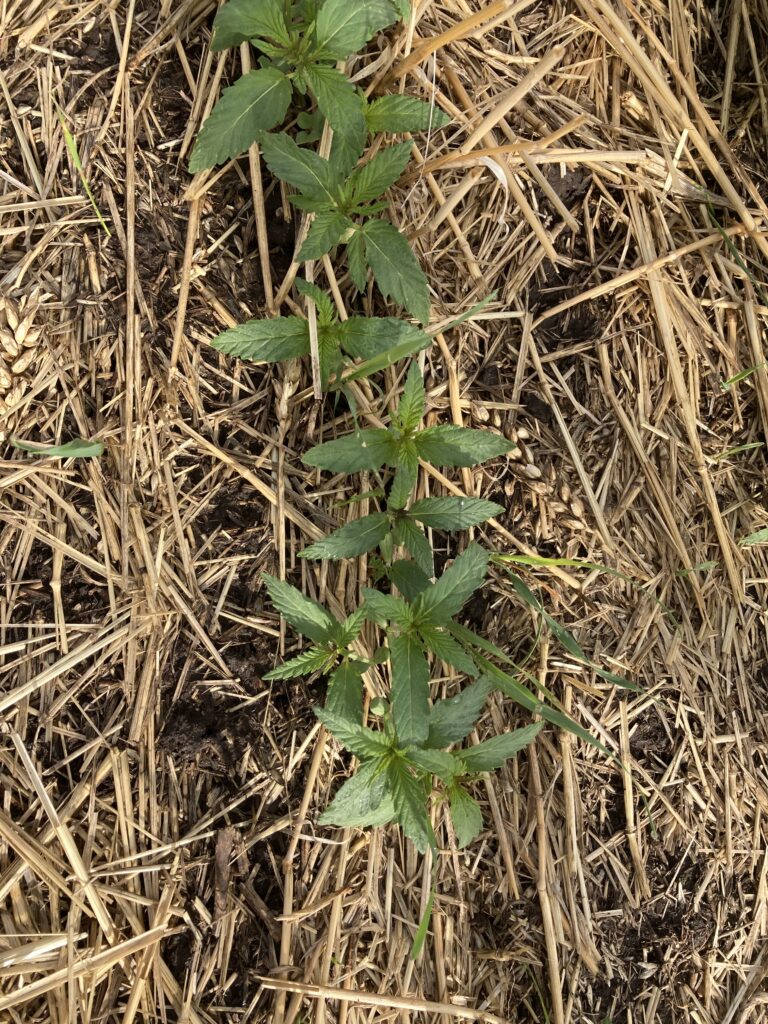 Seeking to reduce costs, increase productivity, and mitigate production risk, Albertan livestock producers are always searching for new and innovative alternatives to traditional silage crops. Hemp has drawn attention as an industrial and grain crop and is being produced (though still at fairly niche scale) for those purposes in various regions of the province, especially in the south. However, hemp has not been widely trialed as a forage crop, though it is palatable to livestock. Following requests from local farmers in the east central region it serves, the Battle River Research Group (BRRG) in 2021 trialed hemp with intriguing results.

BRRG tested three hemp varieties (X59, CRS-1, and Joey) harvested at each of three timings from trial plots in both Flagstaff and Paintearth Counties in east central Alberta.  The nutritional data from both sites showed hemp to be an excellent source of protein for livestock. Most of the crude protein levels were comparable to that of dehydrated or sun-cured alfalfa pellets or cubes, or pure alfalfa hay. Energy values (measured in Total Digestible Nutrients, or TDN) were also comparable to good-quality alfalfa hay. In terms of macro-minerals, the hemp was an excellent source of calcium and magnesium, two minerals key to livestock’s body maintenance and reproduction.

Of the three varieties tested, BRRG’s research showed that X59 generally offered the most yield and nutritional value, making it the most satisfactory variety for use as livestock forage, followed by CRS-1, then Joey. However, results varied between plot locations.

BRRG researchers were particularly interested to see that X59 maintained extremely consistent quality across all three harvests in the Flagstaff County hemp plots, despite drought conditions throughout the growing season and a week of intense heat at the end of June. The variety maintained an average of 24% crude protein and 69% TDN throughout the three cuts, which suggests it would be an excellent source of feed for livestock. Comparably, CRS-1 tested consistently lower in quality (averaging 16% crude protein and 61% TDN), and Joey tested lowest of all three (12% crude protein and 56% TDN). It is likely CRS-1, Joey or both varieties in the Flagstaff County plots may have suffered as a result of the challenging growing conditions, producing the lower quality forage evident in the second cut. Better growing conditions later in the season, while still generally moisture deficient, may have contributed towards the bump in nutritional quality seen in both CRS-1 and Joey in the third harvest.

As already noted, the Paintearth County hemp plots experienced a devastating hailstorm in July, which significantly impacted yield and most likely also reduced the nutritional quality of the plants of all three varieties. However, the three varieties appeared to react differently to the hail stress. Unlike the Flagstaff County hemp plot results where Joey lagged significantly behind the other two varieties in yield and quality, Joey appeared less negatively impacted by the hail than either X59 or CRS-1. Whereas X59’s yield and CRS-1’s nutritional quality dropped dramatically between second and third cuts and were much lower than results for the same varieties grown in the Flagstaff plots, Joey’s yields and nutritional quality were closer to the same variety’s unhailed Flagstaff results. It is not known why this was the case.

As with the Flagstaff plots, the Paintearth plots also experienced abnormally low precipitation and a week of intense heat, which impacted yield and nutritional quality.

While BRRG’s trials suggest hemp has potential as a forage option in east-central Alberta, it should be noted that hemp is likely to be more valuable as a feed supplement rather than a replacement of other dominant and popular feeds. Previous research conducted in Canada, the United States and other parts of the world show two main issues with hemp as a livestock feed. First, there remains the concern of THC content, which is heavily regulated. Too, while the leaves and flower-heads of hemp provide a good source of animal nutrition, the stems are extremely fibrous and will cause gut compaction issues if fed to ruminants including sheep, goats, beef, and dairy cattle.

The overall quality of the varieties grown in BRRG’s hemp trial plots proved generally comparable to good quality alfalfa-grass hay, with nutritional quality declining after hailstorm damage, the period[s] of high heat, and lack of moisture. Additional years of research and trial locations will be necessary before recommendations can be made regarding hemp as a livestock feed source; however, BRRG’s work suggests the crop may have potential in Alberta forage fields.