For most crops, adding 20 pounds per acre of starter K along with phosphorus fertilizer is okay. 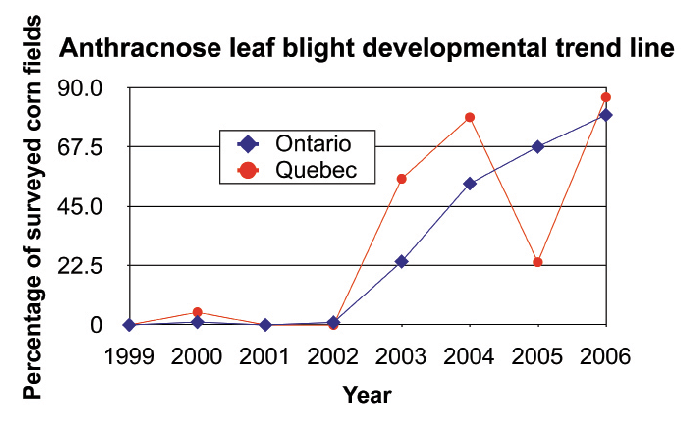 Many farmers use seedrow or ‘starter’ phosphorus (P) fertilizer as a standard fertility practice and now, more are also including potassium (K) fertilizer in the blend. Adding a P and K fertilizer blend into the seedrow though, brings increased fertilizer salt levels in the seedrow, which may negatively affect seed germination and emergence.

“Any time you add additional fertilizer, you increase the risk of injury, especially when using higher rates of P,” explains Jeff Schoenau, a soil scientist at the University of Saskatchewan.

Schoenau was part of a research team that looked at the effects of seedrow P and K blends.

Saskatchewan’s Agriculture Development Fund, Agrium and the International Plant Nutrition Institute funded the research. The series of experiments looked at the form and rate of seedrow P and K and the effect on 11 crops including wheat, canola, peas, flax, oats, mustard, canaryseed, chickpeas, pinto beans, alfalfa and brome. While the experiments were carried out under laboratory conditions, Schoenau says the results will help to provide guidance to farmers who are applying P and K blends in the field.

Two forms of mono-ammonium phosphate (MAP) fertilizer were compared. The first was a conventional MAP and the second was a controlled release phosphorus (CRP) fertilizer from Agrium, made with a polymer coating to slow the release of phosphate to soil solution. Effects measured included emergence after two weeks, yield and P uptake after four weeks. Seeding was done to simulate a seedbed utilization of approximately 15 percent, similar to seeding with a low disturbance knife.

With MAP alone, peas, flax and mustard tended to be most sensitive to high rates of seed-placed MAP while wheat and oats were least sensitive. The controlled release phosphorus fertilizer product greatly increased the tolerance of crops to high rates of seed-placed P, with rates of 80lb/ac P2O5 placed in the seedrow producing no significant injury for most crops. Schoenau explains this is attributed to the fertilizer coating reducing the harmful salt effect that occurs when high rates of fertilizer are placed in the seedrow in close proximity to the seed.

Generally, a rate of 30lb/ac P2O5 was sufficient to produce maximum early season biomass yield and P uptake for both conventional MAP and CRP fertilizers. Looking at P uptake after four weeks, large differences in early P availability were not evident between the conventional P and controlled released P fertilizer products.

Use caution with canaryseed and yellow peas
A separate trial was conducted to evaluate the effect of seed-placed K alone. While placement of K alone in the seedrow would not be a common practice in Saskatchewan, as K deficiency without P deficiency is uncommon, the trial sought to separate out the differences in seed tolerance between P and K fertilizers. For seed-placed K alone, there was no negative impact for wheat and oats up to 80lb/ac K2O and for most crops, no negative impact up to 60lb/ac K2O. Canaryseed, brome, mustard and peas showed greater sensitivity, with reduction in germination above 30 to 40 pounds K2O per acre.

For most crops, the addition of 20lb/ac K2O starter K along with the P fertilizer in the seedrow did not
have detrimental effects on germination and emergence. Most of the crops tested showed no negative impact on emergence with seed-placed conventional P fertilizer, with or without 20lb/ac K2O potash, at rates up to approximately 20 to 30 pounds P2O5 per acre. However, some additional injury potential was evident with crops that appeared more sensitive to seed-placed K such as canaryseed and yellow peas. When combining 20lb/ac K2O with P in the seedrow, a significant decrease in emergence for yellow peas even occurred at the rate of 20lb/ac P2O5. A slight trend towards reduced emergence from addition of the 20lb/ac K2O was also observed for canola and mustard at higher P rates.

For crops like wheat and oats, the combination of 20lb/ac K2O with P had little influence on germination and emergence. This was also true for bromegrass and even flax.

Schoenau says the trials provide farmers and agrologists with the basics for developing P and K blends for
specific crops. Essentially, yellow peas is not a good candidate for P and K blends, as even a low rate of 20lb/ac P2O5 plus 20lb/ac K2O caused injury. Canola and mustard show a slight yield reduction at these rates. The other crops in the trials showed few effects at these rates.

“The trials show that if you are using a seedrow blend of P and K, you should watch out for those sensitive crops because you could affect germination,” says Schoenau. “Also, these trials were done in the lab where conditions are controlled, without the same kind of soil drying that sometimes occurs in the field on windy days in the spring. In the field with different soil conditions, the relative sensitivities should be the same between crops, but the fertilizer rates where germination damage is observed could be lower.” n