Building off several research studies over the last decade, research scientist Cecil Vera at Agriculture and Agri-Food Canada (AAFC) in Melfort, Sask., wanted to narrow down the fungicide application window for control of pasmo disease in flax and investigate the effectiveness of fungicides in reducing the impacts of the disease. Graduate student Tonima (Trisha) Islam summarized the results of the three-year study that ran from 2014 through 2016 under the supervision of Randy Kutcher, an associate professor in the department of plant sciences at the University of Saskatchewan.

“Not much research has been done on the effect of fungicides on the pasmo disease in Saskatchewan and Alberta,” Islam says. “I think these new findings will help flax growers understand how to control the disease.” 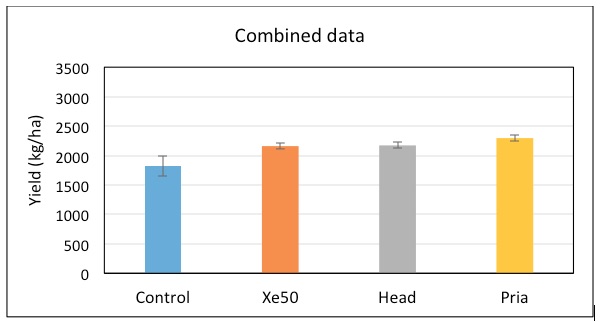 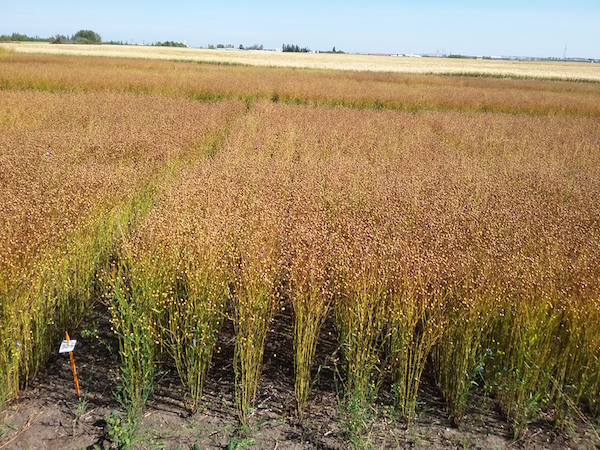 Effects of fungicide application timings (early, mid and both stages) on seed yield of flax at Brandon, Melfort, Saskatoon and Vegreville in 2014, 2015 and 2016 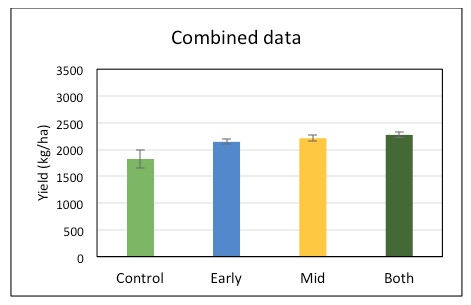 Even though the dual application provided the highest yield, economically, the net return on a second application may not make sense. “With the yield increases we have seen in Trisha’s trial and my previous experience in Melfort in the 2000s, I think two applications would rarely, if ever, be economically beneficial, based on current yields and prices for the fungicide and flax,” Kutcher says.

Making the application decision
Basing a fungicide application on the presence of the disease is difficult. Vera says that while there are cases in which pasmo may appear early in the season, in most instances the evidence of pasmo symptoms appear later in the season, and by then, it would be too late to spray.

“Usually, conditions for pasmo infection differ from year to year and from location to location, which was quite evident in this study. I think the best strategy would be to protect the crop with the best and most economical recommendations and hope for good results,” Vera says.

This means a farmer should base their decision to spray a fungicide on environmental conditions coupled with previous experience with pasmo, flax frequency in the rotation and proximity to adjacent flax stubble. 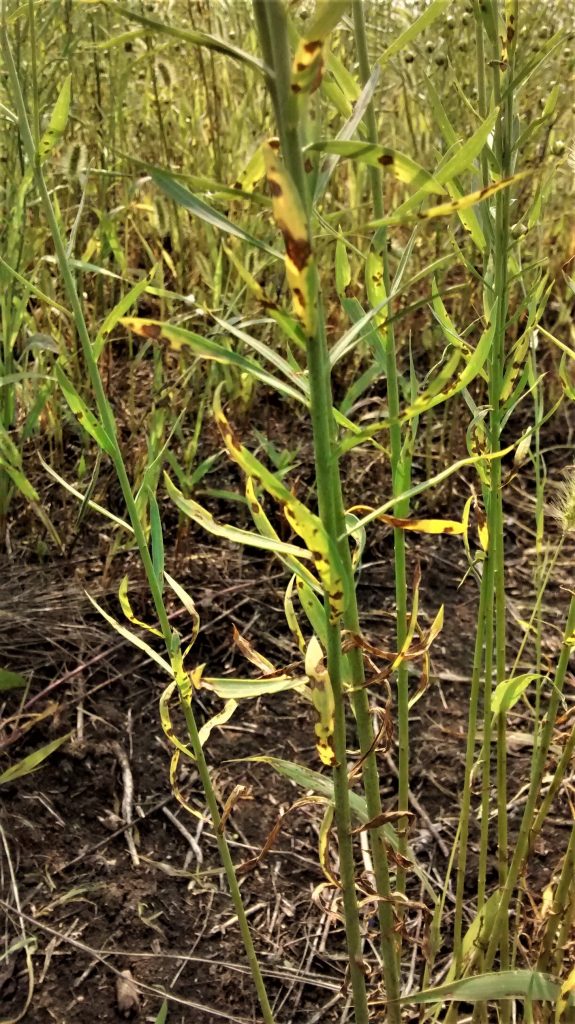 Pasmo results in defoliation and weakening of the stems