December 2, 2014 - Maximizing the value – and minimizing the cost – of crop inputs is key to agri-business success. For this reason, all kinds of money-saving theories about improving efficacy are debated back and forth when producers meet across fences, in coffee shops and at field days. As solid science is more useful than supposition and hearsay, researchers at the University of Guelph decided to put some of the most common farmer theories about glyphosate – namely that its efficacy decreases due to time in solution and hard water, yet increases with the addition of ammonium sulphate (AMS) to the test. Their results may surprise but, far more importantly, save farmers dollars.

“I’ve been involved in weed management research long enough that I never make all-encompassing, definitive statements, because in biology you will always be proven wrong. However, the results of these trials are strong. The vast majority of growers in Ontario – maybe even all growers in Ontario – can confidently base their management decisions on these results,” says Dr. Peter Sikkema, field crop weed management professor at the University of Guelph-Ridgetown Campus and co-lead researcher on the two-year study.

Together with Dr. Robert Nurse, a weed science research scientist with Agriculture and Agri-Food Canada (AAFC) at Harrow, Ont., Sikkema conducted field trials in 2010 and 2011 in four locations around Ontario.
Producers may plan a glyphosate application but can be thwarted by poor weather conditions, machinery breakdowns, or other delays. Popular theory says the glyphosate loses its effectiveness if it sits in solution. Sikkema and Nurse’s trials prove this belief is absolutely false.

“I’m 100 per cent confident that there is very little negative effect on the activity of glyphosate if it is held in solution for a short period of time. Even if it is left in solution for up to seven days, our data would say it remains equally biologically active, which is good news for producers,” says Sikkema.

Concurrently, the researchers looked into the effect of water quality, specifically water with a very high mineral content. Water in most parts of Ontario contains between zero and about 2000 parts per million of calcium, magnesium and other minerals. The researchers opted to use some of the hardest water they could find – 1600 ppm – to test the theory.

Of five weed species analyzed over two years, hard water did not impact glyphosate in any measurable way nine out of 10 times, with the single exception being there remained a higher density of common lamb’s quarters post-glyphosate where the hard water was used.

“The take home message is, by and large, we did not find a large effect of water quality on glyphosate’s efficacy. Having said that, I’ve heard from other scientists there are water sources in North Dakota and Colorado that do really impact the efficacy of glyphosate. My hunch is there is something different about that water that could have a bigger impact on glyphosate activity: perhaps the range of cations in the water. In Ontario we have mainly calcium and magnesium, but perhaps if the water contains a different ion, glyphosate activity could be affected. In Ontario, generally speaking, producers do not need to worry about the effect of water quality on glyphosate activity,” says Sikkema.

Why the water quality had an effect on lamb’s quarters is a difficult question to answer, he adds. “Of the weed species we looked at, lamb’s quarters and velvetleaf are a little harder to control, so consequently if you were to pick up an effect of hard water I would have guessed you’d see it on one or both of those weeds.”

That said, even in the case of the small decrease in weed control, ultimate yield remained unaffected.
In the United States, it is fairly common for agricultural retailers to recommend growers add ammonium sulphate (AMS) to glyphosate to achieve optimum weed control. But is the combination more effective than glyphosate alone? Not enough to make the additional cost worthwhile, says Sikkema.

In nine out of 10 of the trials, there was no weed killing improvement at all from adding AMS to the glyphosate. In a single trial, velvetleaf biomass decreased somewhat.

“Our data says it’s very few and far between that you would get economic return on the addition of AMS,” says Sikkema.

Consider the numbers: in Ontario, AMS costs approximately $3/L with a recommended rate of 1L/acre, making for a total additional cost of $3/acre.

“If you as a grower are willing to spend $3 more per acre on weed control, I would immediately say you should increase your rate of glyphosate by $3 an acre (so long as you stay within the label rate) rather than spending the $3 on AMS because you will get far greater value for your money,” he advises.
Interestingly, according to Sikkema, not all scientists agree with his and Nurse’s study results on this particular point.

In fact, there are other scientific papers that clearly contradict their findings.

“In many other studies, scientists use less than the label rate of glyphosate, then add AMS and show a weed control benefit. However, if you use glyphosate at the rate farmers use in Ontario, it is very difficult to show a benefit of adding AMS,” says Sikkema.

As Kris Mahoney, research associate at the University of Guelph and author of the scientific paper on Nurse and Sikkema’s research, says, “I attended University at North Dakota State where some of the seminal research on glyphosate efficacy was conducted. The use of AMS was such a common practice in my experience working on the farm and for the local co-op, and the importance was also driven home in my weed science classes at University. Before I started writing the scientific paper on Drs. Nurse and Sikkema’s work and digging deep into the literature, I didn’t believe the results. I thought the opposite was true. This research really turned my thinking around.” 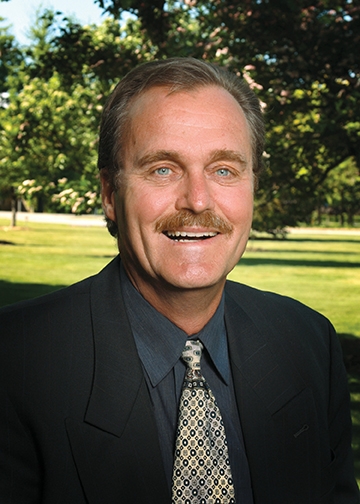 Peter Sikkema is conducting research regarding the three factors commonly believed to impact glyphosate’s efficacy Maximizing the value – and minimizing the cost – of crop inputs is key to agri-business success.