There’s no question that on-farm grain bin storage is on the rise, and with it comes concerns about potential grain spoilage. The increase can be attributed primarily to the yield increases Ontario growers have been experiencing, says Lisa Devolder, business manager at Devolder Farms Inc., near Chatham, Ont. 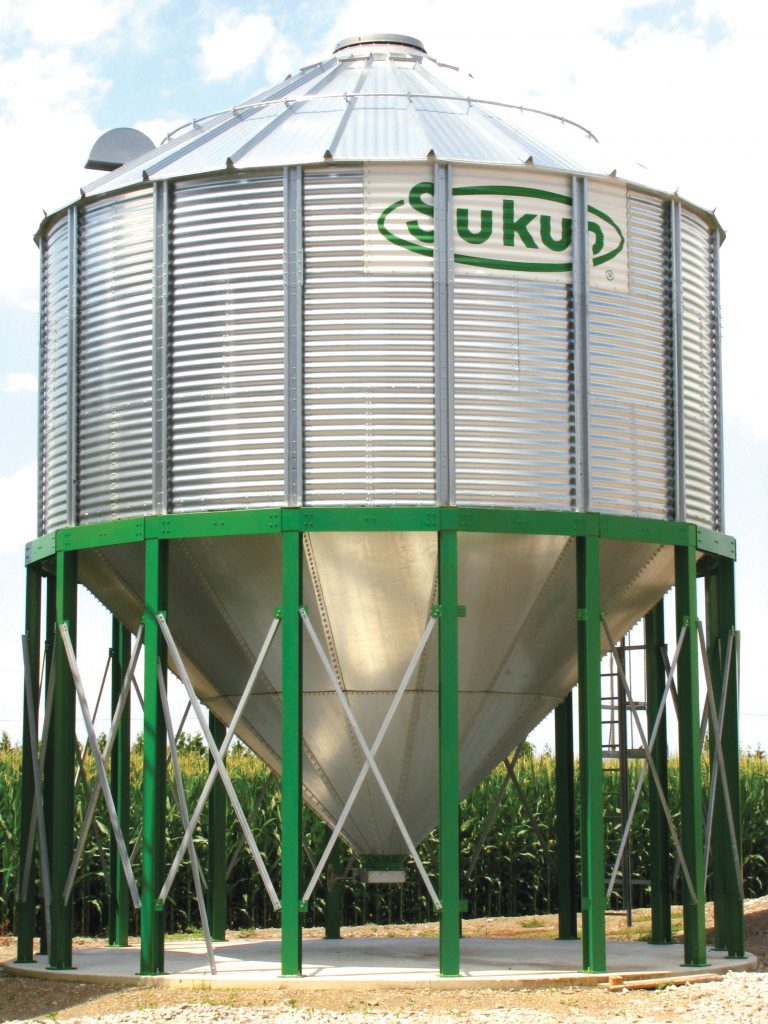 “There definitely has been an increase in on-farm storage for the past five to seven years,” she says. “I believe that this trend will continue, especially as the use of precision agriculture continues to grow yield potential for farmers in Ontario.”

“Growers also use on-farm grain storage as a marketing tool,” she adds. “Taking advantage of market opportunities that are available because they have stored grain into the winter months can give them opportunities that simply would not be available to them without their own storage. This is always subject to change as the basis and market pricing changes throughout the year.”

Monitoring stored grain
“Stored grain is an investment and it must be monitored,” says Devolder. “Like any equipment – a tractor, truck, or a combine, for example – it has to be maintained. There is no way around that.”

“The storage life of grain is based on temperature and moisture of the grain,” Clarke says. “Moisture and temperature and how long the grain will last are spelled out in charts called Allowable Storage Time for Grain. Let’s say your grain is at 50 F and 30 per cent moisture content – you’ve got about 10 days.”

Grain can spoil alarmingly quickly, says Clarke. If and when grain starts getting too hot, that’s when it needs to be aerated. Grain should be cooled to 0 to -5 C. “If it starts going up over 10 C or 15 C, you’d want to start aerating it to start bringing it down in temperature.” He advises checking the bin’s temperature weekly – top, bottom and middle.

Growers can run into trouble when too many fine particles are in their bins. Fine particles can fill holes and stop air from flowing through as much as is necessary. To eliminate this problem, Clarke advises running your grain through a cleaning drum before storing it.

“They’re basic principles,” says Clarke. “Cool your grain. If it gets too hot, aerate it. If you aerate it, you should follow aeration times.”

Grain bin safety
Today’s bins are being built with tie-off points for those who may be entering. Bins are also decaled with safety stickers to alert operators to the dangers or hazards associated with grain bins, including moving
augers and pinch points.

“It is recommended that an operator never enter a grain bin alone,” says Devolder. “And that proper safety precautions are practised daily, like turning power off before anyone enters the bin, wearing proper harness/lanyard, two-way communication with someone outside of the bin, etc.”

Devolder says there are also many products available that comply with safety regulations and make working around the bin more safe. She suggests that growers, particularly those with older equipment,
install extra handrails and cages for the stairs to prevent accidents from happening.

“The current technology is basically a temperature sensor on a wire inside the grain bin,” says Gilmore. “When the grain gets too moist, it sprouts and the temperature goes up. [Our] technology will actually sense the moisture content. So, hopefully before the grain sprouts, you can get in there and fix it.”

Currently, the technology is expensive, but that’s because up until now it was being designed for potential medical applications. Gilmore will use the same concept and apply it to his grain bin monitoring system.

“We’re fairly confident we can bring that cost down to be competitive with the temperature sensing wires,” he says.