November 26, 2020
By Sponsored by Corteva Agriscience

Canola hybrids that offer protection from seeding to harvest can provide peace of mind to growers. 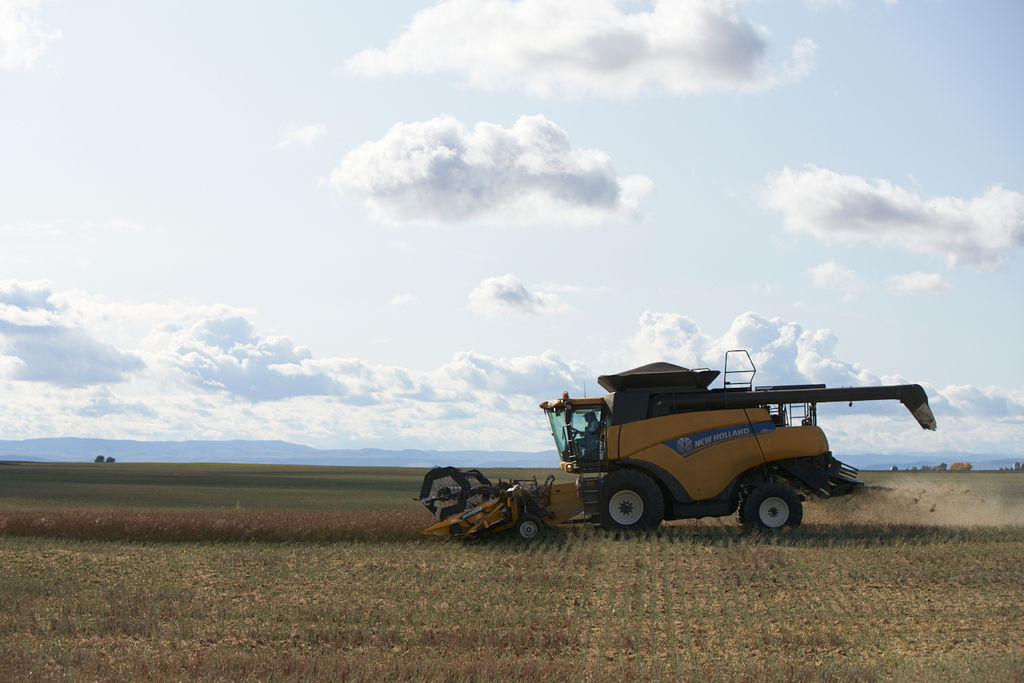 As every canola grower knows, there are always some challenges to producing a good crop. There’s the weather, of course, but farmers also have to contend with insect pest, disease threats and harvest management issues – all of which can have a significant impact on yield.

Allan Rumpf and his brothers Perry and Mark grow about 4,500 acres of canola each year at their 13,000-acre farm near Battleford, Sask., and for them, sclerotinia is a persistent problem.

“We just spray for it every year. It’s a cost that we know that we need to pencil in, because sclerotinia is always there,” Rumpf says.

Rumpf sprays his canola in July when the crop is blooming, but he says hitting the optimal window for a fungicide application can be tricky if the weather doesn’t cooperate.

For this reason, Rumpf believes that being able to grow canola that was genetically resistant to sclerotinia – as well as other yield-robbing diseases like blackleg and clubroot – would be a game changer.

“I think it’d be huge,” he says. “The whole package would be beneficial. If the plant isn’t stressed and doesn’t have disease, you should get top yields.”

Next year, Rumpf plans to plant a new canola hybrid from Pioneer brand, a seed brand from Corteva Agriscience that not only has built-in resistance to sclerotinia, blackleg and clubroot, but also features added flexibility to maximize yield when it’s time to harvest the crop.

It’s called P505MSL, and it’s one of six new Pioneer Protector brand canola hybrids being introduced to western Canadian canola growers in 2021. P506ML is another of Pioneer’s new high-yielding hybrids, and like P505MSL, it offers built-in resistance to blackleg and clubroot as well as the harvest flexibility feature known as Pioneer Protector HarvestMax. P505MSL and P506ML also share the LibertyLink trait.

“We’re all aware of how detrimental sclerotinia can be if it’s a bad year for the disease, but we don’t know that until it actually hits,” Gregoire says.

“With sclerotinia resistance right in the bag, it just gives some added insurance to producers knowing they have up to 60 per cent reduction in incidence from the time they plant to the time they harvest,” she adds. “Spray timing also isn’t quite as critical if they have a sclerotinia-resistant hybrid in the ground.”

Gregoire sees the clubroot protection provided by both P505MSL and P506ML as another big plus, since this potentially devastating disease is showing up more and more often on the Canadian Prairies.

The Pioneer Protector HarvestMax label on P505MSL and P506ML means both canola hybrids have increased pod-shatter tolerance, a trait Gregoire believes many farmers will welcome as it gives them more options come harvest time.

“It gives producers more time to complete all of their acres, because they have the flexibility of swathing from 60 per cent colour change all the way up to potentially straight cutting, depending on what the field and harvest condition situation is. This allows farmers to maximize their yield potential and farm efficiency to try and get as much bang for the buck as they can,” Gregoire says.

“The sweet spot is about 75 to 80 percent seed colour change if you’re able to swath at that point in time. With a HarvestMax product, those pods are going to stay intact much better when you’re swathing them,” she adds.

“What that means for producers is more bushels in the bin, and it also means there’ll be less volunteer canola in the field that they have to worry about the following spring.”

Rumpf swaths his canola acres but has tried straight cutting and says he will likely do more in the future. He notes the area he farms in northwestern Saskatchewan can get very windy, so he certainly sees the value of added harvest flexibility.

“Just knowing that your swaths aren’t going to blow away in the wind, and that the pods won’t all shatter and break off, that’s huge,”Rumpf says. “As well, anything that is shelled out will go into the combine instead of being left on the ground.”

Gregoire believes that for Prairie farmers like Rumpf, having a full-package, season-long solution like Pioneer Protector hybrids P505MSL and P506ML can relieve some of the stresses that come with growing canola.

“We never, ever know exactly how long each season is going to be, so it’s nice for them to know that no matter how long the season lasts, they’re still getting that protection,” she says.


Related
What’s new in canola?
Tips for pre-harvest disease scouting in canola
Controlling clubroot in canola
Clamping down on canola