Think of it as a way to improve pea production. 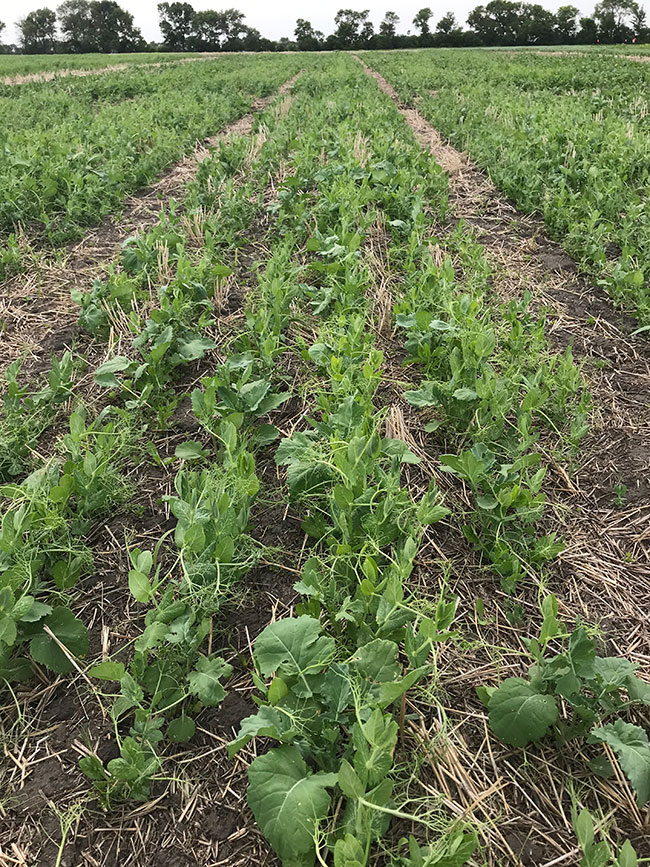 Peaola is about growing a better pea crop. Photos courtesy of Scott Chalmers.

Who wants change for the better? Most people do. But who wants to change? That’s a tougher question, especially as it relates to intercropping a mixture of pea and canola. While some farmers are making that change, the big production barrier is the need to clean peaola production at harvest – a bottleneck that can slow harvest progress.

“The way I look at peaola is that it is a better way to grow peas, while canola is a less important part of the production system. If you’re going to compare peaola to monocrop canola, any time canola prices are strong, canola is going to win on profitability,” says Scott Chalmers, diversification specialist with the Westman Agricultural Diversification Organization (WADO) in Melita, Man.

Chalmers has a large body of peaola research that goes back to 2009 looking at seeding rates, nitrogen and phosphate application, row orientations, fungicide applications, and intercrops of pea with crops other than canola. He is continuing research in 2020 and beyond to further refine peaola production.

The main consideration is whether more money can be made with pea and canola grown together. Chalmers has found that moisture drives the benefits of peaola yield. He says when moisture is adequate to above normal, generally intercrops perform better together than as monocrops. Chalmers has found that intercrops use more water, such as in pea-canola. “Perhaps in 2011, when we had excessive moisture, the intercrops performed better as they were more able to survive heavy rainfalls, whereas the monocrops were more prone to waterlogging.”

He says timing of the moisture is also critical. It must be present for both crops at peak growth periods. If this does not happen, the other crop will “cannibalize” the resources. For example, peas will have the upper hand if the early spring is dry.

Profits also vary more if it is dry because the yield potential is not there, and there is the additional cost of separating the seed.

“If canola markets are in favour of the farmer, then it makes sense to fertilize monocrop canola to its potential rather than working within the small marginal benefits of peaola, or conversely when pea margins are low. However, when pea prices are strong and canola is average to below average, this peaola systems makes more sense,” Chalmers says.

“I agree profitability would depend a lot on relative commodity prices and, in general, monocrop canola can be a tough one to compete against when it has decent yields and prices,” Holzapfel says. “I have suggested in the past that perhaps growing a type of pea that is higher value but difficult to grow as monocrops (i.e. Maple peas) might make more sense than using yellows, which are generally lower value and well adapted to monocrop when using modern varieties.” 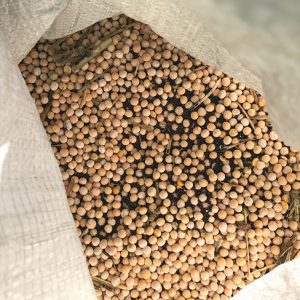 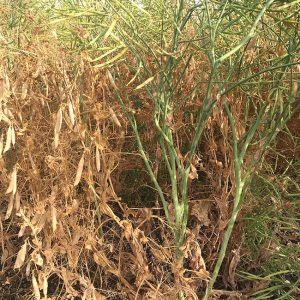 Despite maturing earlier, little shelling of pea has been observed.

A possible solution to the cleaning bottleneck at harvest is to store peaola until after harvest and then separate the crops. For example, if both crops are dry – canola at nine per cent and pea at 15 per cent – PAMI suggests the crops could be safely stored until they can be separated. They have done some theoretical calculations on peaola based on the equilibrium moisture content relationships of each grain type; if both monocrops are considered dry and cool (less than 15 C) when stored, then the risk of moisture migration between the two crop types should be low.

“We have just proposed a research project to a funder to answer this exact question for peaola storage and other intercrop combinations as well,” says Charley Sprenger, project leader with Prairie Agricultural Machinery Institute (PAMI) in Portage la Prairie, Man.

Overall, peaola is working for some farmers, but it isn’t for everyone. “Don’t compare peaola to monocrop canola, because canola is such a monster crop. Peaola is really about the pea crop and growing [it] as an intercrop can help improve pea profitability when pea prices are strong,” Chalmers says.