July 28, 2015 - U.S. Department of Agriculture (USDA) scientists have found that a natural seed coating can protect alfalfa against some soilborne diseases. Alfalfa is a $10 billion-a-year crop in the U.S., but producing it can be a challenge. Farmers in the Midwest often plant it early in the spring when the soil is cold and damp. That makes the seeds vulnerable to a number of soilborne diseases.

To minimize the damage, most alfalfa seeds are coated with a fungicidal treatment. But the treatment, mefenoxam, is ineffective against the pathogen causing Aphanomyces root rot (ARR), which is common to Midwestern soils.Demand for organic alfalfa for organic dairy operations also is increasing, and alfalfa treated with a fungicide can't be labeled as organic. Many organic dairy farmers would like to expand but may face a roadblock due to a lack of available organic feed, according to Deborah Samac, a plant pathologist in the Agricultural Research Service's (ARS) Plant Science Research Unit in St. Paul, MN.

Samac wanted to see if coating alfalfa seeds with a naturally occurring mineral would protect them from soil diseases, including ARR. The mineral, zeolite, comes from degraded volcanic rock, has antifungal activity, and qualifies as an organic soil treatment. Samac also wanted to assess zeolite's effects on the health of plant roots and beneficial soil microbes.

She and her colleagues grew plants with three different seed treatments and inoculated them with the types of pathogens that attack alfalfa roots. The seed treatments included a control with no fungicide, mefenoxam-treated seeds, and commercially available zeolite-coated seeds designed for organic alfalfa production. The plants were removed after 21 days and rated for disease symptoms on a 1-to-5 scale. They also repeated the process in soils collected from 12 Minnesota alfalfa fields to assess the treatment's effectiveness in soil naturally infested with pathogens.

The results showed that the mineral coating was as effective as mefenoxam in protecting seeds from most soil pathogens, but unlike mefenoxam, zeolite protected the seeds from ARR. It also did not inhibit production of healthy roots or beneficial microbes in the soil.

The coated seeds need to be evaluated further, but the findings show they could prove useful in both conventional and organic alfalfa operations, Samac says. The results were published May 29, 2015, in the journal Plant Disease. 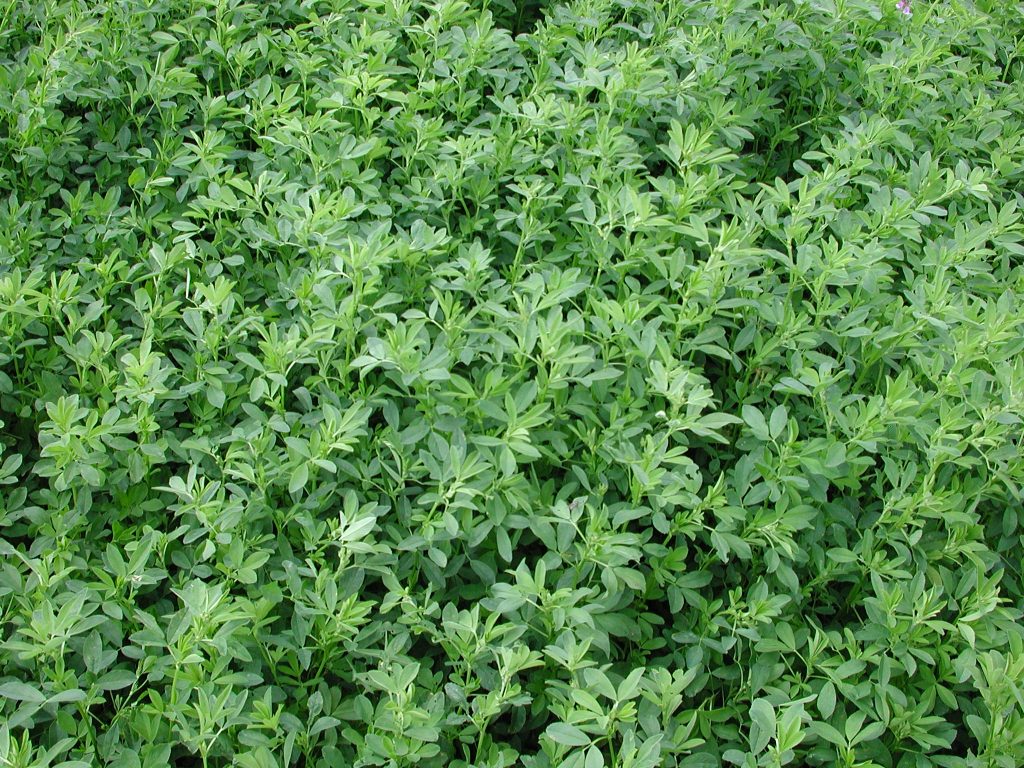