Below the soil surface lurks the weed seed bank - the predominant source of weed pressure on current and future crops. Harry Brook, crop specialist at the Alberta Ag-Info Centre explains how the weed seed bank works and how to reduce its potency. 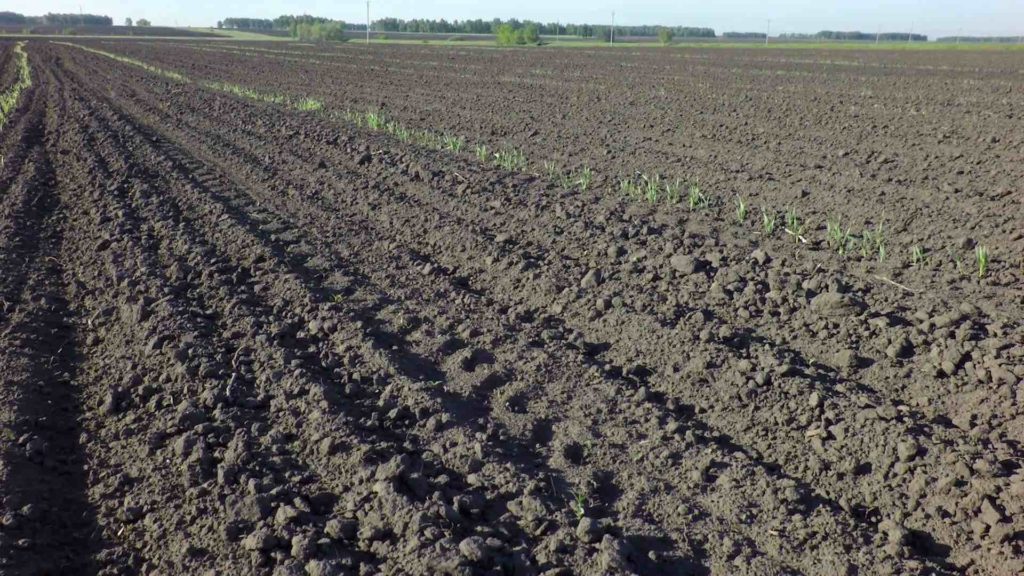 “You do not want to draw on this bank account,” explains Brook. “It is a source of annual and perennial weeds that will wait for years before the right conditions come about, and then germinate to steal moisture and nutrients from your crop. The seed bank consists of freshly shed seeds from this year’s weeds as well as older seeds that have persisted in the soil.”

Brook says that of the many seeds in the soil seed bank, very few will ever result in adult plants. “Most will either die, decompose or be eaten by predators prior to germination. Seed predation has the greatest effect when weed seeds are left on the soil surface, as in zero tillage or perennial forage crops. Ground beetles and crickets can reduce weed seed emergence by five to 15 per cent. Weed seeds are also consumed by rodents and birds. Keeping the soil in permanent cover increases predation on weed seeds.”

Causes of seed mortality – other than predation – are lethal germination and desiccation. Explains Brook, “Lethal germination takes place when the seeds germinate at too great of a depth, and seeds exhaust their energy and die before emergence. Kochia and some other weeds can sense the depth of burial and limit lethal germination.”

“Desiccation takes place when the seeds germinate, but the soil dries out after germination starts and before emergence. Dry seeds are very resistant to desiccation. If it stays dry, seeds can remain viable for hundreds of years. However, frequent and short term wetting and drying will increase weed seed losses due to desiccation. This occurs more often near the soil surface. In a research trial in Montana, wild oat seed losses increased from 55 to 88 per cent as soil moisture went from 6 to 24 per cent.”

Seed dormancy prevents germination when conditions are otherwise conducive to seed germination. When weed seeds are dormant at plant maturity, it is called primary dormancy.

Called secondary dormancy, these seeds can also alternate between dormancy and not dormant due to environmental conditions. Says Brook, “Secondary dormancy prevents germination when the weeds cannot complete their life cycle within the time left before winter. It is regulated by seasonal soil temperatures.”

Brook says that changes in a cropping system will also shift the prominent weeds, altering what is in the seed bank. “Some seeds – like kochia and dandelion – will not survive more than a year or two while wild oats or redroot pigweed can last decades buried in the soil.”

“Perennial forages in the crop rotation deplete the soil seed bank of annual weeds – primarily weeds with a short viability in the soil. It is most effective on kochia and grassy weeds like wild oats and green foxtail. Perennial forages are extremely useful in preventing additions to the weed seed bank. Research in Canada and the U.S. show rapid declines in the weed seed bank when no new seeds are allowed to enter the soil.”

Position in the soil also has a marked effect on seed longevity. Says Brook, “Using zero tillage places the vast majority – up to 90 per cent – of weed seeds in the top four inches, or 10 cm, of soil. There, they are subject to wetting and drying cycles, stimulating germination. If weed seeds are prevented from going to seed, as in a haying situation, major weed seed can be reduced.”

“Using cultivation, the majority of weed seeds are placed lower than four inches, or 10 cm, from the surface. The dormant seeds will then survive longer in the soil. It is vital to keep weeds from going to seed and adding to the seed bank.”

“Herbicides are useful tools to combat weeds, notes Brook. “Don’t forget to use some of the other tools out there to minimize weed pressure in the crop. Don’t make large weed seed deposits to the soil, it is a ‘gift’ that keeps on taking.”