The saying “rain makes grain” was certainly true for soybeans in 2018. Above average rainfall in late July and August resulted in the highest provincial yields on record. 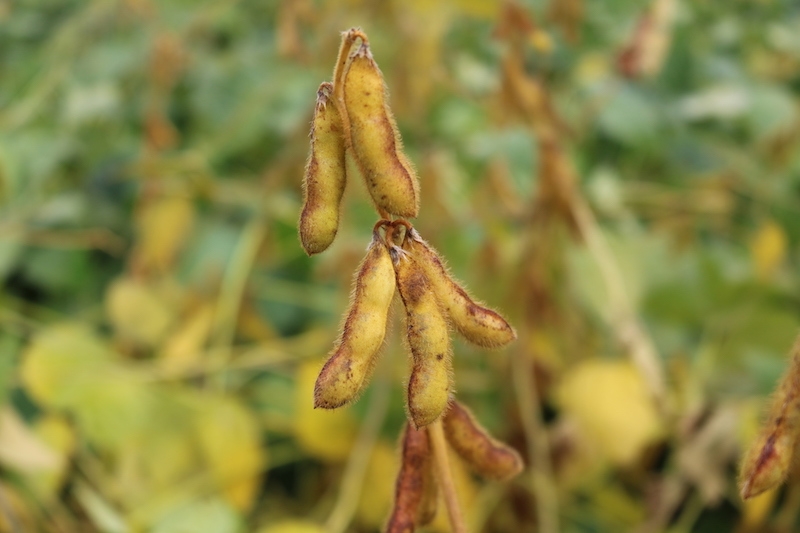 What makes this achievement especially impressive is that much of May, June, and even the first half of July were very dry. At the end of the day Ontario soybeans out-yielded all provinces in Canada and will out-yield the US average. With 51 per cent of insured growers having reported to date, the provincial average for 2018 presently sits at 54 bu/ac. The 10-year average for those reported acres is 46 bu/ac. The final 2018 average will likely drop as more acres are reported but regardless, it’s an amazing outcome considering the challenges faced this year. The highest provincial average prior to this year was in 2012 when soybeans yielded 48.3 bu/ac. Research trials reached over 95 bu/ac showing the incredible potential of soybean genetics under favorable growing conditions in Ontario. It was also one of the largest acreages ever planted at 3.02 million acres seeded.

Although some growers had the highest yielding soybeans they have ever grown, that was not the case for everyone. A number of fields had to be written off this summer due to a lack of moisture, sow it really was a year of extremes. It should also be noted that as of mid-December there are still a considerable number of acres in the field due to unprecedented rain this fall. As one grower put it “in 48 years of growing soybeans I’ve never had soybeans in the field in December, but I’m still hopeful that we can combine them”.

Although it’s too early to know how many acres will be seeded in 2019, it is possible that we will see another record acreage next year. Growers know that a good crop rotation is one of the foundations necessary for high yields. There is absolutely no doubt that excessive soybeans in a crop rotation are detrimental to soil health. Too many soybeans in the rotation leads to increased diseases and ultimately lower yields. Research on continuous soybeans shows a reduction of 8 bu/ac even in the absence of a disease breakout. If a white mould or soybean cyst nematode outbreak occurs a yield reduction of 30 bu/ac is possible. The agronomic value and extra yield of a good crop rotation should always be considered when planning next year’s crop. A corn, soybean, wheat crop rotation is still considered the gold standard of crop rotations in Ontario. Adding cover crops to a less diverse crop rotation will not make up for a poor crop rotation.

One of the challenges this spring was poor plant stands. Dry conditions, deep planting, crusting, insect feeding, and even herbicide injury lead to poor stands. Considering these challenges as well as a very dry May and June how is it possible a record provincial average was achieved? Clearly high rainfall amounts in August had the greatest role, but the answer is not that simple. There were a few factors that came together to produce exceptional yields. First, a dry start, is helpful to soybeans. It forced roots deeper into the soil profile seeking moisture and nutrients. These deep roots help later in the growing season to take up moisture and nutrients as seed is set. Dry conditions can also reduce plant stands which is a positive outcome if August is wet. Excessive plants stands in mid-summer can harbour more leaf diseases under moist conditions. The lack of moisture early in the season also reduced white mould infection. Since white mould infection occurs largely during the early flowering stages and only under relatively moist, cool, conditions white mould infection was lower this year. There is also a theory that early season stress actually stimulates more flowering due to a plant stress response. The dry start to the growing season was followed by a wet summer when seed is set, and seed size is determined. Putting those factors together, namely, a dry start to the season stressing plants during the vegetative and early flowering stages, reduced diseases pressure, followed by above average moisture in August worked together to make high yields. Interestingly, the 2012 growing season was similar. It started off dry and was followed by a wet summer. That year Ontario had the highest provincial yield on record prior to 2018.

Clearly the weather is key to achieving high yields, but what are the most important management decisions a grower can make? There are several factors that could be discussed but three of the main decisions that need to be considered are:

Ideally, soybeans dry naturally in the field so that no bin drying is necessary. This fall was exceptionally wet resulting in considerable acreage that has not yet been harvested. Soybeans can withstand numerous wet-dry cycles in the fall if the plants are physiologically mature. Soybeans can even handle a reasonable amount of snow; the problem is that excessive snow will pull the plants down making harvest impossible. If snow melts and the plants are standing, harvesting soybeans on a cold day is often still possible in December or even January. Waiting until spring to harvest is not successful in most of Ontario. Although it’s far from ideal, harvesting soybeans with high moistures may be the only option at this point.