Features Agronomy Soil
Why is it good to have the ground covered by snow?

December 18, 2018
By Mary Tiedeman for The Soil Science of America

Snow plays a crucial role in maintaining healthy soils throughout the winter months. 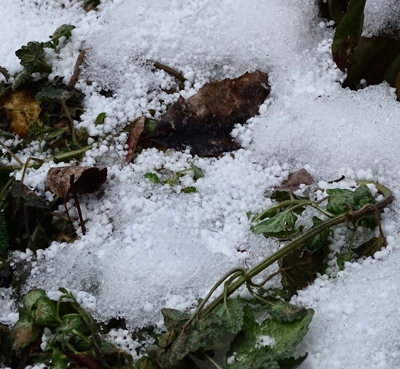 One of snow’s major jobs is to serve as a natural blanket, or insulator. Its effectiveness depends on the amount that collects before the weather gets too cold. Early winter snowfalls insulate the ground by preventing heat from escaping into the atmosphere and by blocking cold air from moving into the soil.

Soils without snow cover freeze to greater depths, and undergo “freeze-thaw” cycles. If you’ve ever put water in the freezer, you’ve likely noticed that it expands when it turns to ice. This also happens to soil water in the frost layer. As water in the ground becomes solid, it expands and squeezes soil materials together. Ice also pushes soils upward, causing the ground to heave. Freeze-thaw cycles can severely damage plants by pushing them out of the ground and by ripping and pinching their roots apart. They also contribute to the degradation of roads, sidewalks, pipelines, and other infrastructures. However, freeze-thaw cycles do have benefits, as they build soil structure and reduce compaction.

Bare soils are defenseless, as they have no protection from wind, rain, and runoff. Snow acts as an armor to protect soil from wind and water erosion. Erosion is a serious and widespread environmental problem that harms soil systems. It contributes to air and water pollution as well. Soil erosion occurs when water and wind energy bust up soil particles. The land becomes less fertile and less suitable for organisms living in the soil.

Another way snow protects soils with thick snow cover? Soils that are well insulated tend to thaw more quickly in the springtime than their bare counterparts. Thawed soils are far better at taking in and storing meltwater than frozen soils. If snow melts before the soil has thawed, the soil cannot absorb the water. Instead, ponds of water will form, or it will run off the surface of the land, leading to water erosion.

Winter weather can be hard on plants and soils, especially in areas with minimal snow cover. Unfortunately, no one can predict the timing and amount of snow that will blanket their land. In the springtime, add organic matter or manure to your soils, as this will restore fertility and help rebuild aggregates that have been damaged by erosion.

If you’d like to read more about how soil organisms survive the cold, check out “What Happens to Soil in Winter” and “Microbes Living in Antarctica.”