Remember the names Cornell, Haney, Solvita and the year 2015. If soil testing is foundational to modern farm management practices, it’s time to rethink what we know.

“The concept of testing and using that as a guide for making agronomic decisions with respect to managing soil nutrients goes back to the mid-1950s,” says Christoph Kessel, Ontario Ministry of Agriculture, Food and Rural Affairs (OMAFRA), nutrition program lead for horticulture.

At its simplest, soil testing provides an idea of how much nutrient could be available to a crop during the growing season. From a soil sample, it uses standardized methods to extract nutrients and combinations of nutrients.

Achieving that predictable accuracy has taken analysis of thousands of soil test results and yield results over many years. In practice, however, agronomists and farmers know that more than available nutrients are involved in crop performance.

Today, Kessel says, new options for soil testing are available – but not yet accredited by OMAFRA. They are a departure from measuring soil chemistry. Basically, they measure soil health and structure, the major and long-neglected components of soil.

“The standard soil tests really haven’t changed much since they were adopted. You could ask a lab to do any new test you want; the challenge is, how to interpret the results,” Kessel says.

Ontario’s largest soils lab, A&L Canada Inc., has been distributing the Solvita soil health test since 2012. This spring, it began offering the Haney soil health test. Now, a third new test is available. It was developed by Cornell University in New York and is known as the Cornell soil health assessment.

The Solvita test
The USDA now lists the Solvita as a national soil-quality test. Worldwide, 35 labs offer the Solvita. The Solvita measures total microbial respiration in a soil sample. Microbes that are active produce carbon dioxide. The more CO2 that’s emitted, the healthier the soil is seen to be.

“We [have been] a distributor for the Solvita test for about three years now,” says George Lazarovits, research director at A&L Canada. He adds, “Perhaps you should look at this Solvita number as an indicator that something is going in a certain direction. The test measures potential mineralizable nutrients that are stored by the microorganisms. As a single test, it may not be immediately useful, but over the long run it will indicate if these microbial reserves are increasing or decreasing and that is an indicator of soil health.”

There’s a lot of interest in it, he explains. More often, every year he’s hearing stories about the fertility package “going backwards” after a farmer has relied on standard soil test recommendations for decades. Apparently, the soils are suddenly non-responsive to applying more N-P-K (nitrogen, phosphorus, potassium) fertilizers.

When taken over a certain time period, the Solvita respiration number reveals that soil health is changing. A low respiration rate probably will be improved if products like manure, green manure, compost or other organic matter can be added.

The Haney test
The Haney test is an integrated approach using fertility and biological soil test data, including the Solvita one-day CO2 test. It was developed at the USDA-ARS grassland soil and water research laboratory in Temple, Texas by soil scientist Rick Haney.

Several measures of biological and nutrient properties come together in the Haney test to produce a soil health number that can vary from one to more than 50. They represent the Solvita 1-day CO2, the water-extractable organic carbon and nitrogen, and carbon-nitrogen ratio.

“We started introducing the Haney test from Texas about three months ago [April 2015],” says Lazarovits. “There is now a kind of movement to this test by people who are thinking it will change the way they should measure nutrients available to plants.”

There’s a lot of interest in the Haney test, but whether it’s suited to Central and Eastern Canada is an open question for Laura Van Eerd, associate professor at the University of Guelph, Ridgetown Campus.

“We need to evaluate its potential. The Haney test was developed on pastureland in Texas. We are testing its ability to make fertilizer recommendations in Ontario, and we’re skeptical at this point,” Van Eerd says. “My gut inclination is that, if it can’t pick out differences in N-P-K fertilizer recommendations, then it will be difficult to justify taking it to farm fields.”

However, she adds, the soil health component of the Haney test holds “quite a bit of potential as a useful tool in Ontario.”

Grain Farmers of Ontario is also interested. This spring, they began funding her research with the Haney test. The project will take a minimum of two years.

“We are starting to evaluate corn, soybeans and various grain crop rotations with and without mouldboard plow using long term trials with David Hooker and Bill Deen. We’re very excited about this research and looking forward to the results,” Van Eerd says.

Cornell soil health assessment
The Cornell Nutrient Analysis Laboratory in Ithaca N.Y. independently developed a soil health assessment over the past six to eight years. It is now available directly from that lab for about $100, and has some proven history in Ontario testing by the University of Guelph.

The University of Guelph already has study results on the Cornell test from four long-term sites in Ontario, Van Eerd says. “We found that the higher scores in the Cornell assessment agreed with our expectations of higher soil health on no-till versus annual plowing with secondary tillage, and for higher soil health with alfalfa and winter wheat in the rotation.

“Now, we hope to compare the Haney soil health test with what we know from the Cornell test. They definitely serve the same purpose, but use very different parameters,” Van Eerd adds.

Kessel says, “The Cornell soil health test will give you the fertility package, but it also will tie in biological health and the physical properties of the soil because all three components go together to make it healthy.”

Physical components say something about how strong the structure is, whether it holds together under stress. It may be too loose, or too tight, or too hard, for instance. “If the structure is really poor, the roots may not function properly so that they have limited or reduced uptake of nutrients,” Kessel says. “If the physical conditions are poor, so that you have poor root development, it doesn’t matter how many nutrients you provide. The plants just won’t pick those up, even though according to the traditional soil nutrient test, there’s an adequate amount.”

In general, Kessel adds, these new tests should interest the organic sector as well as conventional farms that are trying to monitor and manage soil health. “Both in organic and conventional farming, producers today are trying to monitor and manage biological aspects of their soils, using crop rotations to manage and maximize their soil nutrients.”

Speaking directly for the Cornell team that developed the test, extension associate Robert Schindelbeck says, “Coming up with a strategy for what works on your farm is up to you.” The Cornell assessment provides information on whether soil is functioning well or poorly, for the characteristics of soil physical structure (tilth), soil biological activity or soil nutrient levels.

“But rather than recommend soil management practices, we provide linkages to management solutions that are known to positively affect soils with these issues,” Schindelbeck says.

Designation of 2015 as International Year of the Soil was picked up by the USDA’s National Resources Conservation Service (NRCS) as an opportunity to promote adoption of soil health testing. It has had a big impact on the three tests. Schindelbeck says, “We’re swamped. It’s our biggest year ever. We had a thousand samples before the end of June. For our university-based lab, that’s huge.”

He adds, “I can’t say enough about soil health. Really, it’s soil ecology. Folks are now recognizing that soil is more than just a repository for the standard N-P-K nutrients. Soil is a living, functioning organism that stores water and where many transformations of life occur to make nutrients available through recycling, thereby feeding life-promoting substances to the plants and organisms nearby. As one life form is dying, another organism niche opens to take the nourishment.

“A wide suite of soil analyses in a soil health test helps guide us to the real goal of the testing – to understand how the soil is functioning under current management so that we can adjust toward improved management.”

Back to the future
With decades of soil testing experience, Lazarovits says this is an exciting time but more will come.

In the long run, he says, the new tests will need linkage to specific crops and specific recommendations. Plants need, like people, specific diets to thrive, to be healthy and reproductive.

“We should be doing almost crop-specific testing. We do that now at A&L by giving you low, medium and high response categories for the crop you plan to grow. I think that’s going to have to be an important component of all these new tests,” he says.

The other changing aspect of soil testing is instrumentation. It’s becoming better, smaller and more accurate.

“It may be possible in less than 10 years to do your own soil testing with an instrument you carry in a shirt pocket,” says the A&L research director. 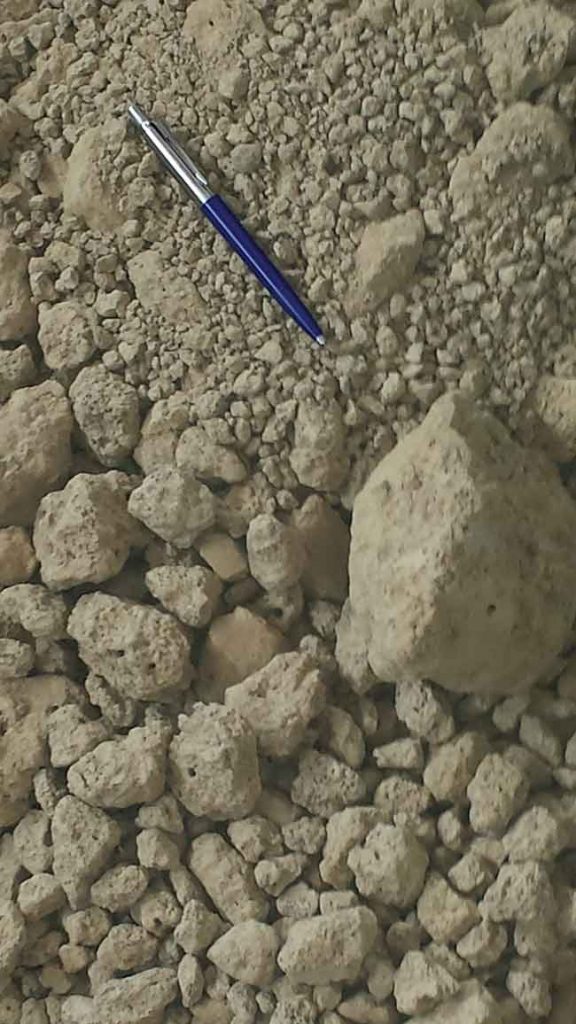