A recently discovered mycorrhizal fungus, Pirifomospora indica, holds promise for improving canola production. Ajit Verma, a professor in Jawaharlal Nehru University’s School of Life Sciences in New Delhi, discovered the fungus on orchid plants in the Thar Desert in Rajasthan, India. Since the discovery of P. indica, scientists around the world have been working to understand the benefits of the fungus. 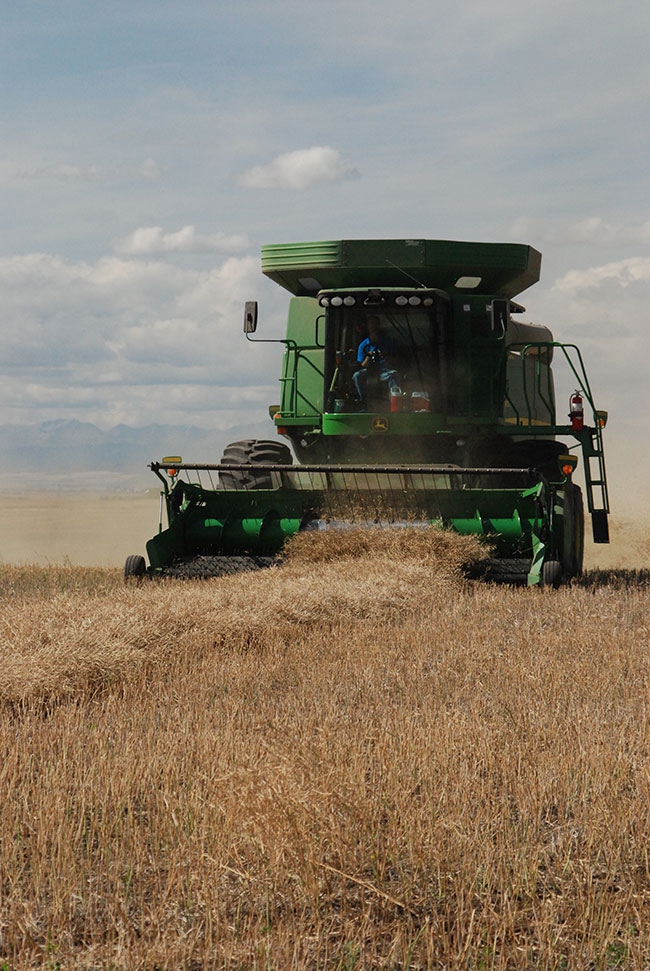 “The benefits of mychorrhizal associations include improved nutrient acquisition and tolerance of environmental abiotic and biotic stresses. These mycorrhizal associations can be highly effective in enhancing plant growth and yield,” says Janusz Zwiazek, a professor of plant physiology (trees) at the University of Alberta. He has been investigating the benefits of P. indica on canola.

Although canola and other plants of the cabbage family do not normally form root associations, Zwiazek has found P. indica is able to colonize roots of Brassicaceae plants. Unlike mycorrhizal fungi, P. indica can also be easily cultured in a wide range of synthetic media and in the absence of a plant host. This has allowed scientists to research the benefits on a multitude of crops, such as increased resistance against fungal pathogens, improved barley tolerance to salt stress and root pathogens, and improved antioxidant capacity.

At the University of Alberta, Zwiazek recently conducted studies looking at the effects of P. indica on nutrient requirements, growth, yield and stress tolerance of canola. The project was conducted in an indoor controlled environment to study the growth of inoculated canola under various stresses including low nitrogen (N), low phosphorous (P), drought, flooding, low temperature and salinity.

Improved yield
When drought conditions were imposed at the vegetative stage of canola, P. indica increased seed yield, especially under low N fertility. However, when drought was applied at flowering, there was no benefit. Yield benefits under different P and drought timings depended on the level of P fertility. Additionally, the fatty acid composition in canola seeds was not altered by inoculation with P. indica or the drought treatment.

“Interestingly, none of the measured physiological parameters could clearly explain the increases in seed yield when the treatments were applied at the vegetative stage,” Zwiazek says.

When plants were flooded at either the vegetative or flowering stage, P. indica increased seed yield in inoculated canola plants and the increase varied depending on P and N fertilization levels. Inoculated plants subjected to full nutrition maintained higher net photosynthetic rates after flooding.

Similarly, when canola was exposed to low temperature or salinity, tolerances were improved when inoculated with P. indica.

“There was an increase in shoot biomass even when subjected to moderate to high salinity,” Zwiazek says.

Part of the research also looked at how to develop an effective inoculation formulation and inoculation method for canola. Zwiazek was able to develop a novel protocol that can be easily used to inoculate canola seeds and store the seeds for a prolonged period. He says the formulation can be applied to canola for up to a year prior to seeding and still be effective. Zwiazek says there is still a lot to be learned about the benefits of P. indica on canola, but the results of these trials look promising.

Field experiments are underway to verify the greenhouse results, with potential commercialization down the road.