Research abounds on best management practices for top canola yields, but where the rubber hits the road is out in the field. A survey of 68 randomly selected canola farm fields across the Prairies identified the top practices farmers use to target high yield. 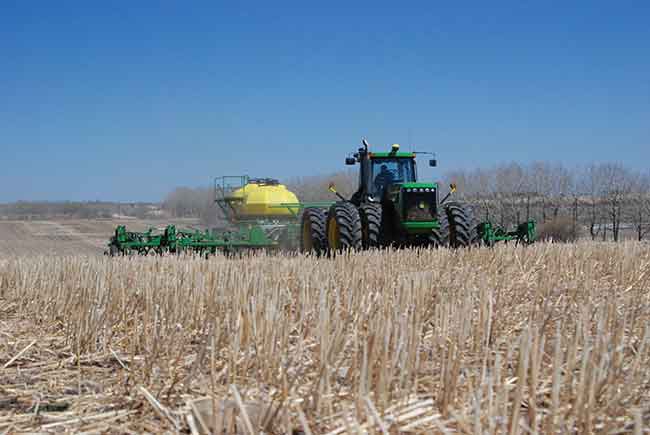 “Many canola producers have accumulated extensive knowledge and experience over the years in producing best canola crops under their specific growing environments and conditions. This knowledge and experience may serve as a first-hand source of information in the development of sound guidelines for less experienced canola producers,” says Yantai Gan, a research scientist with Agriculture and Agri-Food Canada (AAFC) in Swift Current, Sask. Gan led the team, along with a master’s student from the University of Manitoba.

The survey was conducted in spring 2011 and data collation was completed by October 2012. The research team made multiple field trips to collect data on soil properties and growing conditions, as well as measurements on seedling emergence, seeding depth, row spacing and yield data.

Gan summarized the key management practices for high yield in canola were seeding shallow and directly into chemfallow (or crops with inherently short stubble) at earlier dates with narrow row spacing, and avoiding seeding into canola stubble.

Gan says these results suggest good soil moisture combined with soil available nutrients is a key factor in high yield, and that chemfallow was able to provide the highest yields because of better moisture and improved soil fertility.

About 10 per cent of the producers used a straight combine when harvesting canola crops. Straight combining resulted in a significantly higher yield of about 8.9 bu/ac, or 24 per cent more than swathing.

Gan says the survey results help validate small plot research results but on a large-scale basis. “It would have been preferable to sample a greater number of farms, but it is a challenge to obtain such detailed on-farm information on a larger scale. Nonetheless, the knowledge and findings generated from this on-farm research may serve as the first-hand source of information in the development of sound guidelines for less experienced canola producers in Western Canada.”