The most noticeable change is the increased disc diameter. With a 20-percent larger blade, the Joker HD is able to quickly size and blend residue down to a maximum operating depth of six inches. The larger diameter blades continue to be mounted in pairs, resulting in greater residue flow and increased stability of the blade angles. The 24-inch discs have also moved to a six-bolt hub on a newly designed, heavier bearing.

The distance between the two rows of discs has been increased on the Joker HD. This change gives the residue and soil additional time to reach the surface to be cut a second time, ensuring the residue is sized properly to accelerate the decomposition process. The transport tires have also been integrated into the frame of the machine, which moves more weight over the center of the machine and directly adds to its ability to penetrate.

To maintain even working depths across the machine, the Joker HD is equipped with a pressurized accumulator system, adding down pressure to the wings, while maintaining flexibility for rolling terrain. Depth setting is controlled via a single point on the frame or through the tractor cab with the electronic depth control option. Gauge wheel adjustments have also been simplified by making them completely adjustable via a hydraulic cylinder or from the cab. 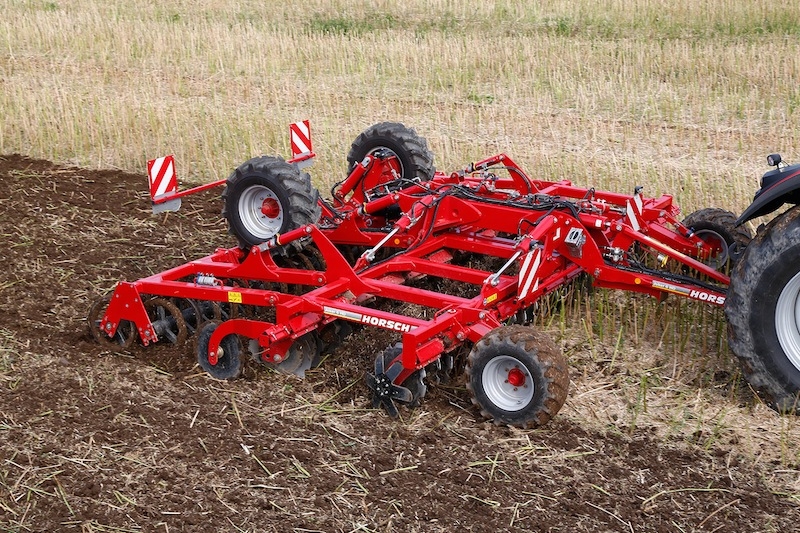 Horsch has expanded its Joker tillage line with the new HD series.