Jan. 26, 2015, DEVILS LAKE, N.D. — Developed in response to customer requests, the new VRT2530 variable rate tillage tool from Summers allows the operator to adjust tillage aggressiveness on the go. It offers a mix of both conventional and vertical tillage capabilities, making it ideal for producers who want more control over their tillage results.

Available in sizes up to 40 feet wide, the VRT2530 features a front row of dual-mounted disk blades and a rear row of gang-mounted coulter blades. The front disk blades are slightly concave for soil mixing and include a manually adjustable angle setting from 5 to 24 degrees. The rear coulter blades are fixed at a 0 degree angle for true vertical tillage performance. Using the unit's patented hydraulic hitch, the operator can shift weight between the front and rear blades. Placing more weight on the front increases soil mixing, and placing more weight on the rear results in more vertical tillage performance and residue sizing with less soil disturbance. Weight can be shifted equally between the front and rear to achieve a combination of benefits.

"More producers are using variable rate technologies to adjust their inputs according to variations in soil conditions," said Brian Perkuhn, vice president of sales for Summers. "Now, they can adjust tillage performance in the field, too, with the VRT2530. It's a great solution for vertical tillage operations that are producing high yields with heavy residue."

Five blade options are available for the rear coulter gang. A variety of field finishing attachments are also available, including three-bar harrows, four-bar harrows, rolling choppers and a harrow/rolling basket combination. The rolling baskets have a patented internal mud scraper, as well a new hydraulic lift and down pressure feature.

Like all other Summers equipment, the VRT2530 is built for maximum durability and proven through many hours of testing in the field. 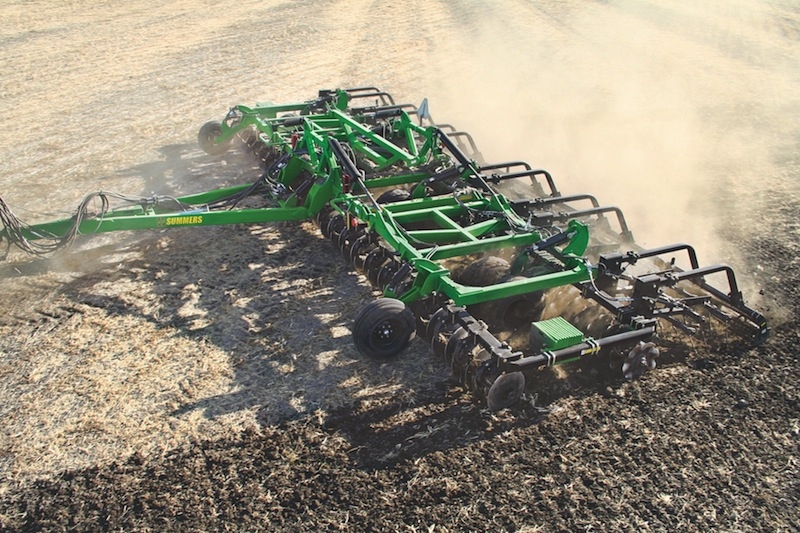