Public and private plant breeders continue to bring new cereal varieties to market, with improved yield, disease resistance, and agronomic performance. Available in commercial quantities for the 2016 planting season, these new varieties are available throughout the different cereal classes.

AAC W1876 has similar yield to the CWRS check varieties but shows higher protein and improved gluten functionality, making this variety very desirable for production of high-quality baked goods. AAC W1876 has an intermediate (I) rating to FHB and stripe rust, an MR rating to stem rust and an R rating to leaf rust. AAC W1876 will only be available through Warburton contracting program.

CDC Titanium is the first midge tolerant CWRS from Proven Seed and has the highest Fusarium resistance rating of all available midge tolerant varieties. Yield is rated at 103 per cent of AC Barrier, with similar maturity. CDC Titanium has excellent resistance to stripe rust, and is MR to FHB. Exclusively available at Crop Production Services.

Go Early is a hard red spring wheat initially introduced as PT769 and has since been named Go Early. Go Early is bred from CDC Go and has similar large kernel size, but has five per cent higher yield, better disease resistance and matures two days earlier. This earliness, along with the other similar traits of CDC Go, lead to its naming as Go Early. Available from Mastin Seeds.

Thorsby is a new CWRS wheat developed by the University of Alberta, and yields 106 per cent of Carberry or Harvest with slightly higher protein. The breeder has introduced genes from an international germplasm collection to provide improved resistance to stripe rust and leaf rust. Thorsby has an I rating to FHB. Available from Canterra Seeds.

5605HR CL is the next step in Clearfield wheat with high yields, heavy bushel weights and weed resistance management. An ideal variety where complex field conditions and crop rotation challenges exist. 5605HR CL is resistant to leaf rusts and has an I/MR rating to FHB. Yield is 106 per cent of AC Barrier with similar maturity, lodging resistance and test weight. Exclusively available at Crop Production Services.

Canadian Western Interim Wheat
Elgin ND is an awned wheat variety developed by North Dakota State University. It is a high yielding (12 per cent higher yielding than Glenn), high protein (one per cent higher than Faller) milling wheat with an excellent disease package and lodging resistance. Available for the 2016 season, Elgin ND will be in the new milling wheat class CWIW. From FP Genetics.

Durum
CDC Fortitude is the first solid-stem durum variety that provides sawfly resistance for successful harvest results. It is an excellent option for high fertility and irrigation acres. CDC Fortitude has similar yield potential, protein content, test weight and maturity as AC Strongfield but with shorter straw and better standability. CDC Fortitude is resistant to stem and leaf rust, and rated I/MR for FHB. Exclusively available at Crop Production Services.

AAC Marchwell VB is the first midge tolerant durum wheat variety for protection of grade and yield. AAC Marchwell VB has grain yield potential of 106 per cent of AC Strongfield. Maturity, height and lodging resistance are similar to AC Strongfield. It is resistant to stripe rust, leaf rust and stem rust. Available through SeCan members.

CDC Vivid is an early maturity durum variety with strong rust resistance, short straw and improved standability. It has similar yield and maturity as AC Strongfield and slightly higher protein content. CDC Vivid is resistant to stem and leaf rust and is moderately susceptible to FHB. Exclusively available at Crop Production Services.

General purpose spring wheat
WFT603 is a general purpose spring wheat variety with improved yield and FHB resistance. WFT603 has a yield potential of 101 per cent of AC Andrew. It has an I rating for stem and leaf rust, smut, bunt and leaf spot, and an MR rating for stripe rust and FHB. WFT603 is available by contacting the Western Feed Grain Development Co-op Ltd. At 1-877-250-1552 or info@wfgd.ca.

General purpose barley
Canmore is a new two-row general purpose barley developed by Alberta Agriculture and Forestry. Canmore yields 117 per cent of AC Metcalfe and 102 per cent of Xena. It has improved lodging scores, heavier test weight and higher per cent plump seeds than the check varieties. Canmore has an I rating to FHB. Canmore will be useful in the feed market, as well as the developing shochu (distilled beverage) market in Asia. Available from Canterra Seeds.

Oat
CS Camden is a new milling oat from Lantmannen SW Seed. This variety is very high yielding (five per cent higher than Summit), with shorter height and earlier maturity than most other varieties. It has higher per cent plump seed and higher levels of beta-glucan soluble fibre. CS Camden has a moderately susceptible (MS) rating to crown rust. Available from Canterra Seeds.

Canaryseed
CDC Calvi is a new canaryseed variety from the University of Saskatchewan’s Crop Development Centre. It is a glabrous (itchless) variety that has significant yield improvement over previous varieties. Yield in registration trials was 127 per cent of CDC Maria. Available from Canterra Seeds.

CGC variety designation changes
Effective Aug. 1, 2017, the Canadian Grain Commission (CGC) is changing wheat class designations for some varieties. As a result of consulting with value chain stakeholders and conducting a thorough evaluation, it was determined the following varieties do not meet revised quality parameters for the Canada Western Red Spring (CWRS) and Canada Prairie Spring Red (CPSR) wheat classes. The CGC will designate these varieties to another class as of Aug. 1, 2017.

Varieties of CWRS and CPSR under review
In addition to the designation changes as of Aug. 1, 2017, the CGC will initiate a review in 2016, for a period of up to two years, of CWRS and CPSR varieties for which more quality data is needed before a decision is made about their class designation. These varieties will remain in their designated classes unless an evaluation shows they do not meet the revised quality parameters for the CWRS and CPSR wheat classes. At least two years’ notice will be given before any of these varieties are designated to another class. 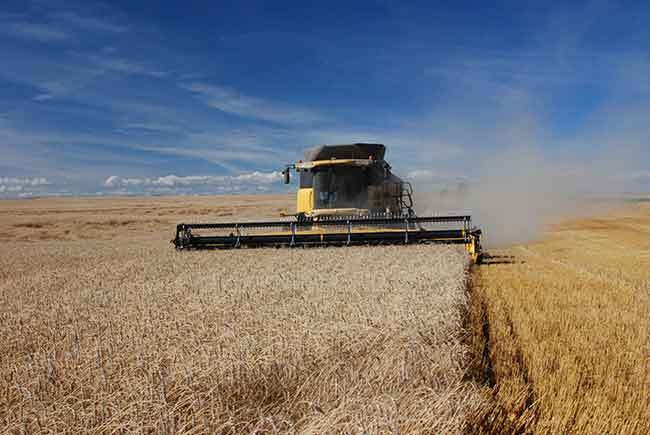