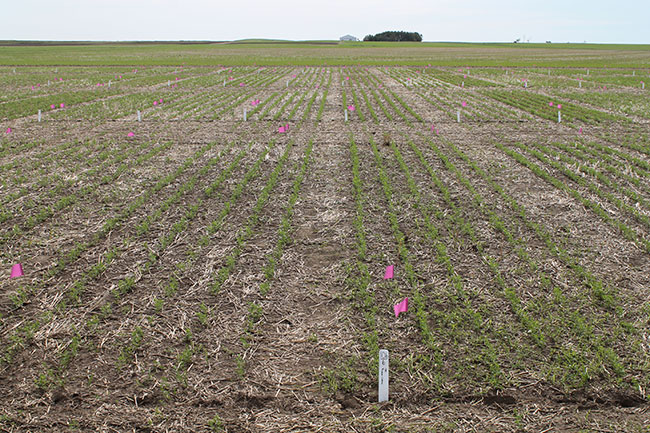 Seeding rate of 130 seeds per square metre with pre-seed residual herbicides (left) and glyphosate only (right) at WARC in 2018. Photos courtesy of Jessica Weber, WARC.

Western Canada leads lentil production globally, with over 94 per cent grown in Saskatchewan. Red lentils are the most commonly consumed lentil worldwide, and dominate most of the global trade. Over the past few years, research has focused on improving lentil productivity in Saskatchewan, including studies on seeding rates, inoculants, other inputs and economics.

“In 2016, we conducted a one-year study at two sites at Scott and Swift Current to determine whether the findings from previous research on seeding rates and inoculants for lentils would be similar in our area,” explains Jessica Weber, research manager for the Western Applied Research Corporation (WARC) in Scott, Sask. “Our project objectives were to determine which combination of agronomic practices produce the greatest yield and to determine which inputs provide the greatest economic return.”

In the project, treatments included a comparison of the current recommended seeding rate of 130 seeds per square metre (seeds/m2) with higher rates of 190 and 260 seeds/m2 for both small and large red lentils, which are the same seeding rates compared in recent research by Steve Shirtliffe at the University of Saskatchewan. Treatments also compared liquid and granular inoculants, building on research done by Yantai Gan at Agriculture and Agri-Food Canada in Swift Current. Fungicides treatments included a comparison of no application to a single application. Information on plant densities, disease ratings and yield were collected at both sites. 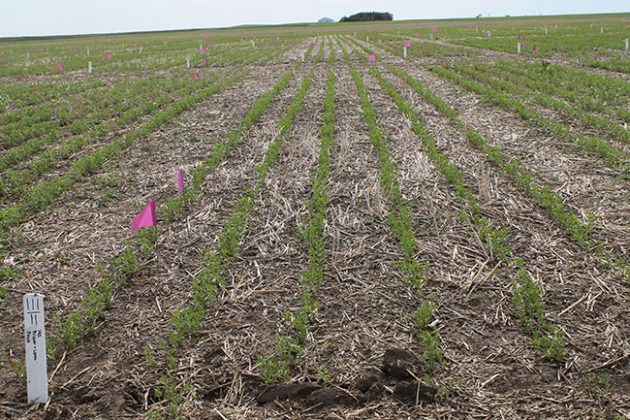 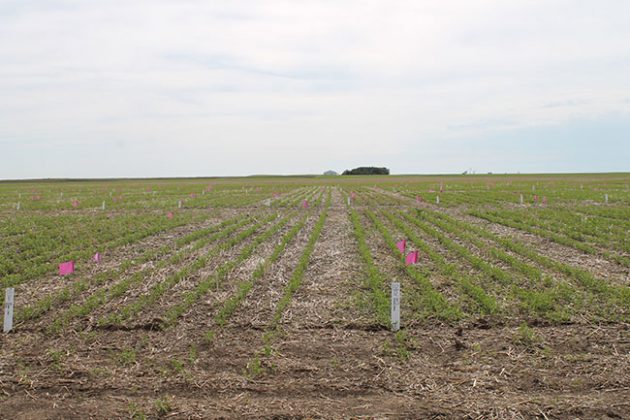 Seeding rate of 190 seeds per square metre with pre-seed residual (left) vs. glyphosate only (right) at WARC in 2018.

“We have some preliminary results from the first year of the study, and are waiting to complete the analysis from the 2018 trials,” Weber explains. “The study will continue for one more year in 2019, with final results available after that. Overall, the preliminary results showed that best practice for seeding small red lentils includes higher seeding rates of at least 190 seeds/m2, which also resulted in optimal yields. Higher seeding rates improve crop competitive ability and canopy closure. Early results also showed that overall the pre-seed residual herbicide application was beneficial as it provided long-term weed control, reduced weed biomass and resulted in a slight yield increase.”

“Our preliminary economic analysis shows that a seeding rate of 190 seeds/m2 provided a yield advantage and proved to be the most economically feasible overall,” Weber says.

“Higher seeding rates also improved crop competitiveness, reduced weed biomass and improved canopy closure. An integrated approach using higher seeding rates of 190 seeds/m2, pre-seed residual herbicide and a fungicide application under higher disease pressure is so far proving to be the most economically feasible. Once we have completed the last year of the study in 2019, final results and a more complete economic analysis will be made available.”