Features
In search of a better soil N test 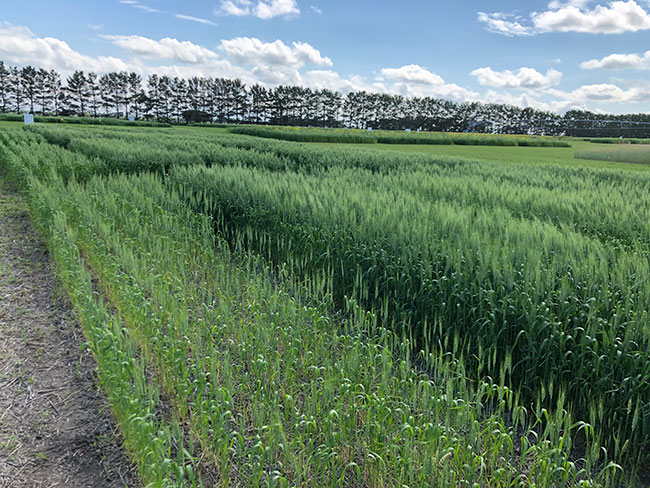 University of Saskatchewan researchers are working to create a soil nitrogen (N) test that will provide a better measure of how much N the soil could supply over the growing season. That crucial information will allow more accurate estimates of the crop’s fertilizer requirements, helping growers to reduce fertilizer inputs and minimize N losses to the environment.

“Over the last few years, there have been a lot of anecdotal reports that N fertilizer recommendations based on the standard soil N test didn’t really align with what farmers were seeing in terms of yield response. And we have been finding the same thing in some of our research plots,” says Richard Farrell, an associate professor in the university’s department of soil science. He is co-leading this research project with fellow department of soil science professor Fran Walley.

“We’ve had plots in recent years where the soil test came in with relatively low available N and a recommendation for the application of 125 kilograms of N per hectare. Then we’d add anywhere from zero to 220 kilograms per hectare and get no fertilizer response at all, or there was a small fertilizer response up to perhaps 90 kilograms and then nothing beyond that. So, the test was telling us to put on more nitrogen than we actually needed.”

As a result, Farrell and Walley started questioning whether the standard soil N test that people have been using for the past few decades is adequately capturing the soil N pool that provides nitrogen during the growing season.

Farrell explains that the standard test just measures the inorganic soil N pool, which is the nitrate and ammonium in the soil. That’s the N pool that is immediately available for plants to use. Organic N needs to be mineralized – converted by soil microbes into inorganic forms – before plants can use the nitrogen. The inorganic N pool is relatively small compared to the organic N pool.

“So, while the test does give an indication of the total amount of nitrogen that is present in the soil, it doesn’t necessarily give you a good feel for how much soil N could become available during the growing season.”

He notes that some labs also conduct what are called mineralizable N tests, which measure the amount of ammonium and/or nitrate released when a soil sample is incubated under certain conditions in the lab. “These tests estimate long-term N release based on the measured N release under lab conditions and then use the results to estimate the amount of N that could be available over the growing season. So, whereas the tests are providing an estimate of what might be there, we’re not really sure what soil N pool they are actually capturing.”

Why are the old tests no longer good predictors?
Farrell sees a couple of possible reasons why the old soil N tests no longer provide a reliable basis for predicting fertilizer needs.

“These soil N tests worked really well when they were developed years ago, but soil and crop management on the Prairies have changed dramatically since then. When these tests were developed, no-till really wasn’t very popular as compared to now. A lot of cropping systems were monoculture systems, like continuous wheat, and summerfallow was part of rotations.

“These days, rotations include cereals, oilseeds, pulses, and we’re now looking at incorporating cover cropping and intercropping into these systems. These types of changes all have effects on the soil organic matter pool and the soil N pool. We just haven’t done a good job of keeping up with monitoring these reservoirs and seeing what is available,” he explains.

“Also, while some soil tests recommend that you sample down to about 24 inches deep in the soil, many people only sample the top 12 inches or so. So, there might be some N deeper in the soil that we are not capturing with the testing, and that N becomes available as the crops put their roots down.”

Of course, no test will always perfectly predict a crop’s N fertilizer uptake, as moisture and temperature conditions during the growing season strongly influence the amount of available N in the soil and the crop’s ability to take up N. So, Farrell and Walley are looking to provide a measure of how much N could potentially become available from the soil in a year with typical weather conditions. 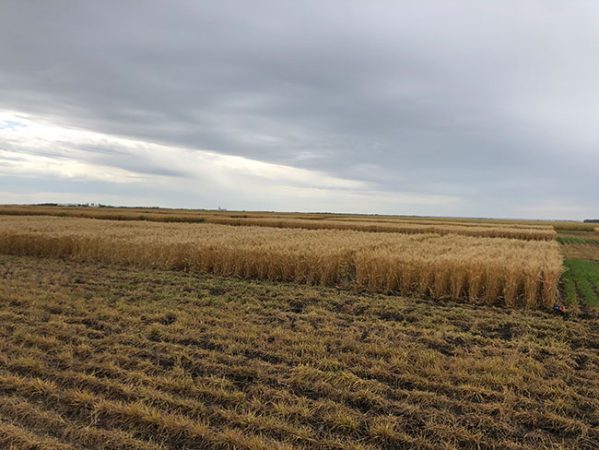 The researchers will be determining how well the results from five different soil nitrogen tests correlate with crop fertilizer uptake. 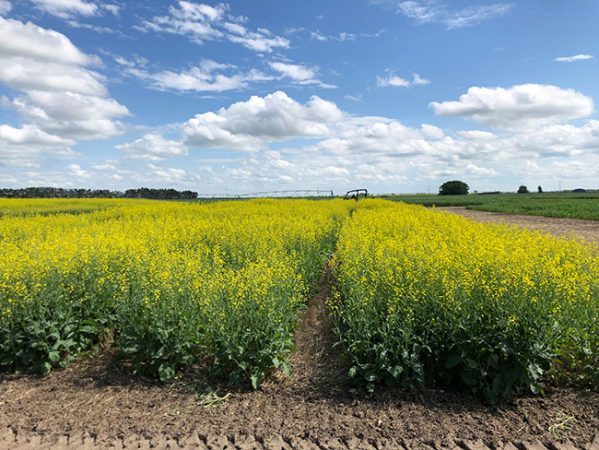 The researchers will use data from the fertilizer plots to create complete yield response curves for canola and wheat, the two crops in the study.

Is soil protein N a better pool to measure?
Because the reliability of N fertilizer recommendations is so important for agriculture and the environment, various researchers are working on this issue. “People in different regions across the country, from Atlantic Canada to B.C., are trying to develop different versions of tests that look at this potentially available nitrogen, and we’re the ones doing it here,” Farrell notes.

He and Walley are particularly interested in whether soil protein N might provide a better basis for evaluating how much N could potentially become available over the growing season.

They first started thinking about this possibility a few years ago, when their graduate student Adam Gillespie was working on glomalin.

“Glomalin is a protein produced by mycorrhizal fungi [soil-borne fungi that form a beneficial relationship with a plant’s roots]. Glomalin is extremely stable; it’s thought to contribute to soil aggregation and is viewed as sort of a soil carbon and nitrogen bank account,” Farrell says.

Because there is a great deal of scientific debate about the exact nature of glomalin, one of their studies looked at what is actually measured by the lab procedure designed to extract glomalin from soil samples. They discovered that the procedure not only captures glomalin but also a lot of other proteins and lipids that soil microbes produce from plant and soil sources.

The protein mix extracted by this procedure is often called ACE protein; ACE stands for autoclaved citrate extractable soil protein, which is a description of the extraction procedure. Only a small percentage of ACE protein is actually glomalin.

During and after this glomalin research, Walley and Farrell talked a few times about whether the ACE test could be looked at as a better way to estimate the amount of organic N that is likely to be mineralized during the growing season.

“Although the glomalin protein is thought to be relatively stable – especially over the short term – many of the other proteins, amino acids and sugars, and other N-containing compounds extracted by the procedure are more easily broken down, thereby making some of this N available for crop uptake. The question is: how much?” Farrell says.

“However, the ACE procedure is kind of clumsy and it can be really finicky. It didn’t look like something that could be adoptable on a commercial scale. So, we put the idea on the back burner.”

While he worked on other research during the subsequent four or five years, Farrell kept thinking about this idea. He came up with a possible way to tweak the ACE test to make it faster and less finicky so that it might be more practical for use in commercial labs.

“But the missing information was: Can you use this test to predict fertilizer recommendations better than the current test? So, we put this project together.”

The project so far
Farrell and Walley are currently finishing the first year of this three-year project. Their objective is to develop a practical lab test that better indicates the amount of soil N that is potentially available
during the growing season, providing a better estimate of a crop’s fertilizer needs.

The project team has already collected soils from across Saskatchewan’s different soil zones, which reflect different production potentials. They sampled down to a depth of at least 24 inches to check whether there is a significant amount of N below the usual 12-inch sampling depth.

They have been characterizing those soils in terms of their basic soil properties and various measures of different soil N pools, including: total N; total soil organic matter; inorganic N; mineralizable N; and ACE protein N.

“Ultimately, the idea is to use this information to build an algorithm or a model that allows you to take the soil test value and predict crop uptake, so we need to work with a wide range of soils,” Farrell explains.

The team has also conducted fertilizer N plot studies with canola and wheat at six Agri-ARM sites. (Agri-ARM is a network of applied research and demonstration organizations located across Saskatchewan.) They applied a wide range of N fertilizer rates, from much lower to much higher than the standard soil test recommendation, to create complete yield response curves. Then they will determine how well the results from the five different N tests correlate with fertilizer uptake.

“If we develop a test that provides a better indication of how much N the crop can actually access from the soil, then that should allow us to make better predictions of N fertilizer requirements. And presumably that will mean recommending lower amounts of nitrogen fertilizer. In which case, it will have a bottom-line benefit for growers: if you’re putting on less fertilizer, then you’re not paying for as much,” Farrell concludes.

“You’re banking more on the soil to provide some of the N that the crop needs.”