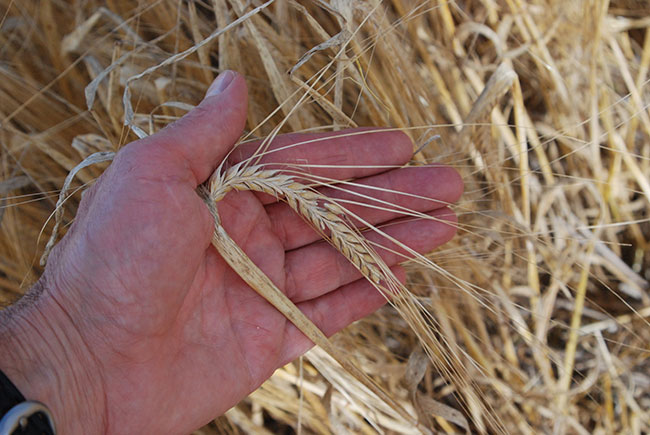 Hitting malt barley quality is part science, part luck, and part karma. To look at the science part of the equation, research led by Agriculture and Agri-Food Canada research scientist John O’Donovan (retired), from Lacombe, Alta., investigated the effect of seeding date and seeding rate to see if high yield and malting quality could be more easily achieved.

“Less than 25 per cent of the barley grown is accepted for malting grade, with the remainder being sold as feed for livestock. This is because quality requirements for malting barley are strict and include disease-free kernels free from weathering, low protein concentration of 11 to 12.5 per cent and plump kernels of uniform size,” O’Donovan says. “This is usually due to unfavourable climatic conditions, but sub-optimal agronomic practices such as seeding rate or date may also be a factor.”

Field experiments were conducted at eight locations in Western Canada for a total of 24 site-years in Fort Vermilion, Beaverlodge, Lacombe, and Lethbridge, Alta., Canora, Scott and Indian Head, Sask., and Brandon, Man. A relatively early and late seeding date (generally early and late May), and seeding rates of 10, 20, 30, 40 and 50 seeds per square foot (100, 200, 300, 400 and 500 seeds per square metre) were compared for their effect on AC Metcalfe barley yield and malt quality parameters.

Seeding date depended on location
On average, delayed seeding resulted in maturity five days earlier and increased protein concentration by 0.5 per cent. O’Donovan says this may be due to higher temperatures later in the growing season. The increase in protein with delayed seeding occurred more in Brandon in Year 2 (11.9 to 12.8 per cent), Indian Head in Year 2 (10.5 to 11.7 per cent), Lethbridge in Year 1 (from 12.11 to 13.99 per cent) and Lethbridge in Year 2 (from 13.1 to 14 per cent). He says the results suggest that the risk of barley being rejected for malting grade due to excessive protein concentration may increase if seeding is delayed.

On average across all sites, delayed seeding did not affect barley yield, but the effect varied among site-years and location. In general, later seeding had higher yields at more northerly sites such as Fort Vermillion and Beaverlodge, and two of the easterly sites, Canora and Indian Head. Earlier seeding favoured the more southerly locations, especially Lethbridge and Brandon.

Kernel plumpness was not affected by seeding date.

There was a significant interaction of seeding date and rate on lodging. At the early seeding date, seeding rate had no effect on lodging, but lodging increased linearly with increasing seeding rate at the later seeding date. O’Donovan suggests that lodging may be a bigger problem when barley is seeded relatively late, especially at high seeding rates.

The researchers concluded that seeding malting barley relatively early in the growing season should result in less protein, greater plumpness and reduced lodging, which can improve the likelihood of obtaining malting grade. The results also found that seeding barley at approximately 30 seeds per square foot provided the best yield potential and helped important malting barley parameters such as protein concentration and kernel uniformity without significantly compromising kernel plumpness.

“While there was some variability among site-years, especially in terms of yield, the overall risk associated with early seeding would appear to be less than that associated with delayed seeding,” O’Donovan says.