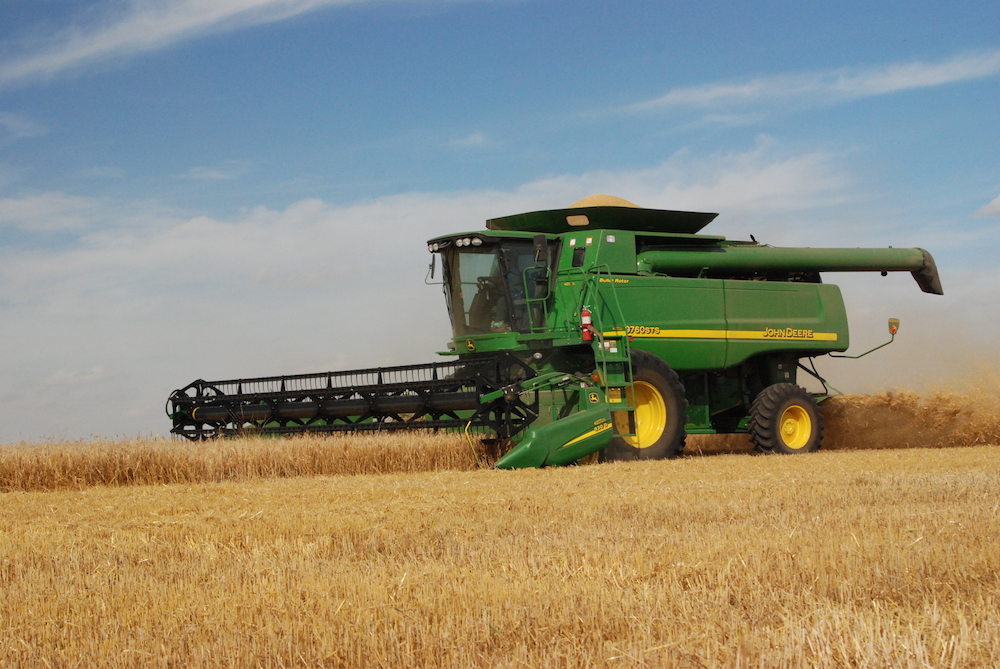 With 15 different quality targets, a moderate grain protein of 11 to 12.5 per cent and the need for uniform maturity, the margin for error is slim for malt barley production in Western Canada.

John O’Donovan, a retired research scientist with Agriculture and Agri-Food Canada (AAFC) in Lacombe, Alta., investigated if high yield and malting quality could be more easily achieved. O’Donovan lead three agronomic trials across Western Canada, says Breanne Tidemann, a fellow AAFC research scientist in Lacombe. Research was conducted at seven AAFC locations across the Prairies and the first trial looked at nitrogen rate interaction on malt varieties and the effect on yield and protein content. The trial was conducted over four years under direct seeding conditions.

“With malt barley, there is a nitrogen conflict. When you increase nitrogen to increase yield, you can also increase protein, which decreases the chance of getting malt quality,” Tidemann says.

Five varieties were compared with four N rates of zero, 25, 50 and 100 kilograms per hectare (kg/ha; multiply by 0.89 to get pounds per acre). The varieties were AC Metcalfe, AAC Synergy, CDC Kindersley, Voyager and Cerveza. Preliminary analysis found that all varieties responded linearly with higher yields at increasing N rate. Synergy was the highest-yielding variety, at approximately 100 bushels per acre at the 100 kg N fertilizer rate, while Metcalf was significantly lower yielding than the others, at around 90 bushels per acre.

Average across all sites and all N rates, Voyager had the lowest protein and Synergy also had fairly low protein. Tidemann says these two varieties did not exhibit as much N x Variety response as the others. “It is important to note, that all varieties had protein content below 12.5 per cent even at the highest N rate of 100 kg.”

Maturity increased by about two days for all varieties when moving from a 25 to a 100 kg N application rate. Synergy and Voyager had significantly higher plump kernels, which Tidemann attributes more to the variety attribute than N fertilizer rates.

“AAC Synergy was the highest yielding across all fertilizer rates, and Synergy and Voyager performed well in quality, but were a day or two later maturing,” Tidemann says. “Voyager is a U.S. variety, but AAC Synergy may be quite successful for Canadian growers.”

Currently, CDC Copeland and AC Metcalfe are the top malting varieties grown in Western Canada. AAC Synergy is on the Canadian Malt Barley Technical Centre’s list of recommended varieties, and the Centre indicates that the demand for AAC Synergy is growing.

Three plant growth regulators (PGR) were compared on CDC Copeland over 15 site years. Seeding rate was at 200, 300 and 400 seeds per square metre. Ethrel (ethephon) was applied at the flag leaf to swollen boot stage. Manipulator (chlormequat) and Moddus (trinexapac) were applied at the third node stage. None of the PGRs are registered on barley.

A third trial looked at the impacts of pre-harvest glyphosate on AC Metcalfe and CDC Meredith. Two glyphosate rates of 900 and 1125 grams of acid equivalent per hectare (g ae per ha; equivalent to 0.675 l/ac and 0.843 l/ac of 540 g ae/L found in Roundup) were compared at three application timings of soft dough (35 to 40 per cent moisture), hard dough (25 to 30 per cent moisture) and maturity (20 per cent or less moisture). The registered timing for barley is less than 30 per cent grain moisture content at 0.675 litres per acre (540 g ae per litre). However, the malt barley industry does not accept barley that has been treated with pre-harvest glyphosate.

Germination energy, an important quality attribute, was found to be adequate at glyphosate residue levels of less than 40 parts per million (ppm). The Maximum Residue Limit (MRL) established for barley is 10 ppm. When glyphosate was applied at the correct rate and timing, residues were almost always below the MRL, but were higher when applied at the high rate or soft dough applications.

Tidemann says the difficulty with pre-harvest glyphosate application is achieving correct timing. When a malt barley field is not uniform, a portion of the crop may receive an application at a higher moisture content resulting in higher residues than the MRLs. This is one of the reasons that the malting industry does not accept malt barley treated with glyphosate pre-harvest.

“Until uniformity issues are solved, glyphosate won’t be accepted as a pre-harvest aid in malt barley production,” Tidemann says. “I know that’s not the message growers want to hear.”

Tidemann and AAFC Lacombe’s new cropping systems agronomist Hiroshi Kubota are finalizing the results of the research trials and hope to publish them in the foreseeable future. Kubota will also be looking further into managing malt barley uniformity through agronomics such as using paired row openers and optimizing seeding rates.