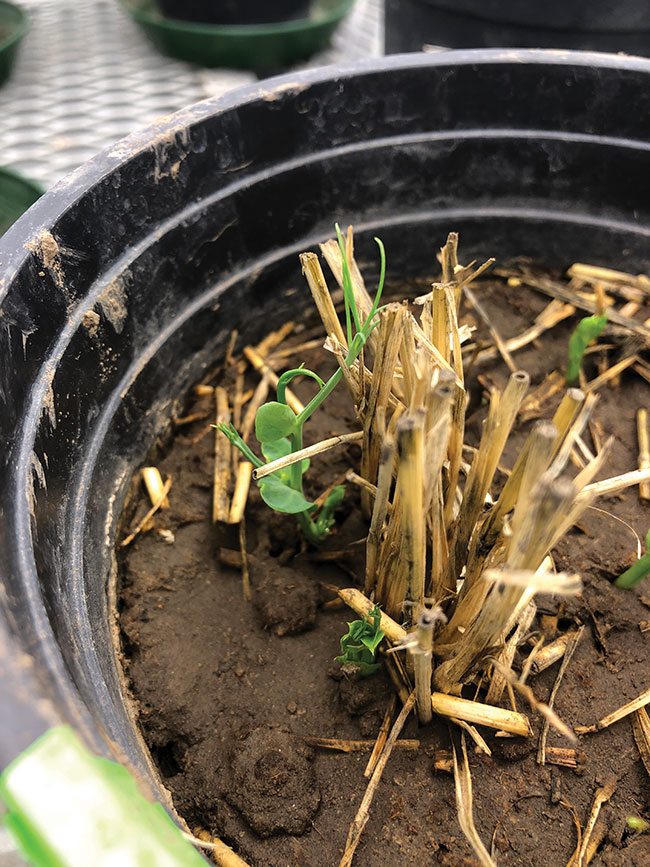 Planning crop rotations in a cropping system is important for optimizing yields and profits, and providing a break in weed, disease and insect pest cycles. Growers are increasingly considering the inclusion of a pulse crop in rotation for several reasons, but most importantly for their ability to acquire a large proportion of their nitrogen (N) needs from biological N fixation (BNF). Questions remain around which crops would be recommended in rotation prior to a pulse crop, and what the considerations might be.

“In our research work on pulse crops, one of the main goals is to determine where they fit in rotation for the best advantage,” says Diane Knight, professor and researcher at the University of Saskatchewan. “In some previous projects, both in the field and in growth chamber studies, we compared either mustard or canola in rotation just before pulse crops or a cereal crop such as wheat, barley or oat. The results were mixed, where, in some cases with canola in rotation, there was a depression in the N fixation in the following pulse crops, and in others there was not. It wasn’t clear why this occurred part of the time but not all of the time. In most cases, the differentiation was in the Brown soil zone, which tends to have lower organic matter, and may be the reason the Dark Brown and Black soil zones with generally higher organic matter levels didn’t show similar results.”

In a two-year study, graduate student Lara de Moissac conducted a series of field experiments, along with a controlled environment experiment to study in more detail whether or not biological N fixation in pulse crops is impacted by canola as the previous crop. The 15N isotope dilution method, which measures N2 fixation in plants, was used to estimate BNF in pulse crops grown on oilseed and cereal stubble across soil zones in Saskatchewan. Soil samples were collected from each rotation to identify soil properties affecting BNF in pulse crops.

In collaboration with farmers, several commercial fields from across the Brown, Dark Brown and Black soil zones were selected for the study. “At each site, paired fields were seeded to a Brassica, either mustard or canola, and a cereal, which tended to be wheat in most areas, along with at least one barley and oat,” explains Knight. “The farmers managed the crops using their regular agronomic and cropping practices. In the second year, a pulse crop – usually pea or lentil – was seeded across all of the paired fields. This allowed us to measure the BNF of the pea or other pulse crop, and compare the results across soil zones to determine whether or not the previous crop had any impact. We took soil samples at each location to determine soil characteristics, as well as conducted a soil microbial analysis.” 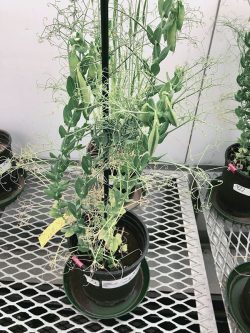 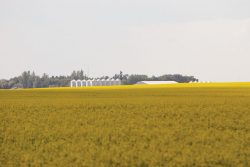 Canola and other Brassica crops are often thought to have negative impact on soil health, but the trial’s results proved otherwise. 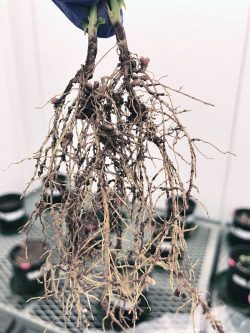 Sampling for PLFA around roots of field pea to determine the microbial communities in the soil.

In addition, a controlled environment experiment was performed to determine if stubble quality (i.e., wheat and canola) affects N-mineralization potential before and after a pulse crop is grown. In this study, the canola and wheat crops were grown on two different soils from the Brown and Black soil zones. The soil with crop stubble for each experiment was put under freezing conditions to simulate winter field conditions, followed by seeding CDC Meadow pea across all experiments. Along with the growth characteristics and BNF measures, the study also measured N-mineralization and immobilization to determine whether or not N may be more available faster from cereal stubble compared to canola stubble, which may explain the boost or depression in N fixation. Soil microbial analysis was also completed.

“We have just wrapped up the field trials and controlled environment experiments, and the final data analysis is underway,” Knight says. “We expect to have the final results available in 2020. From the preliminary observations, the data shows that there are some differences between the results from Brassica compared to wheat stubble, but it is not all of the time. Where there are negative impacts from the Brassica crops, it seems to be mostly in the Brown soil zone. One exception was a field site near Wilkie in the Dark Brown soil zone, however we expect the negative impact was disease-related in this case and not the soil zone. Disease assessments were completed and this was the only site where we saw any impacts.”

To be able to analyze the microbial communities in the various soils, a PLFA analysis was used, which analyzes the phospholipid fatty acids (PLFAs). Phospholipids are only present in living soil microbes and can be used as biomarkers to determine the living microbial types and abundance in the soil. The PLFA analysis provided details on the various microbial communities, including gram-positive, gram-negative, arbuscular mycorrhizal fungi (AMF), fungi, actinobacteria, other eukaryotes and others.

“The preliminary soil microbial analysis results provided some of the most interesting observations so far,” Knight adds. “Brassica crops such as mustard and canola have often been assumed to have a negative impact on soil health due to some negative allelopathic effects. Brassica crops are also not considered to be mycorrhizal crops. However, across all of our analysis the preliminary results show that the total soil microbial communities are higher in the oilseed crops than in the cereal crops, as were the levels of AMF soil microbes. These results are counter to what we assumed we would see, and although we are still not sure why, the results were fairly consistent across all of the sites.”

Knight expects to have more complete information once the final data analysis for both the field trials and the controlled environment experiments are completed. The question of whether canola or mustard crops affect BNF in the following pulse is expected to be better understood. The final details will provide information to help growers finetune their cropping systems and rotations, and in particular where to put things, or where not to, for the best results.